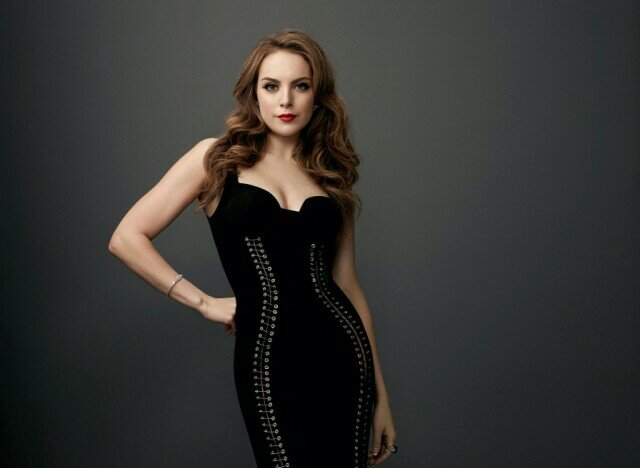 As a devotee of the classic '80s primetime soap Dynasty, I was beyond skeptical when The CW launched its reimaging of the show back in 2017. However, thanks to its outrageous storylines, and an impeccable cast, the new Dynasty fast became a guilty pleasure. Letting go of the original series is something actress Elizabeth Gillies (pictured at top), who stars as Fallon Carrington, advises any fan of the original series to do. "I've been trying to really hone that in for all the original fans," she told me during an exclusive interview for MediaVillage.

"I am a huge fan of the original Dynasty," she said. "It was so iconic and such an important moment in fashion, pop culture and TV history. We took a big swing in rebooting it, but we are simply paying homage and tribute to it. We're nothing like the original, and once you make that separation you can really enjoy our show. I'm just as skeptical about reboots of shows I love, so I totally understand loyalty to the original. I say, 'Look at this as its own experience.' It's a fun, complete guilty pleasure. The fashion is excellent and of this time, and after four years we've found our own voice. There are Easter eggs to the original here and there, but we are our own show entirely." 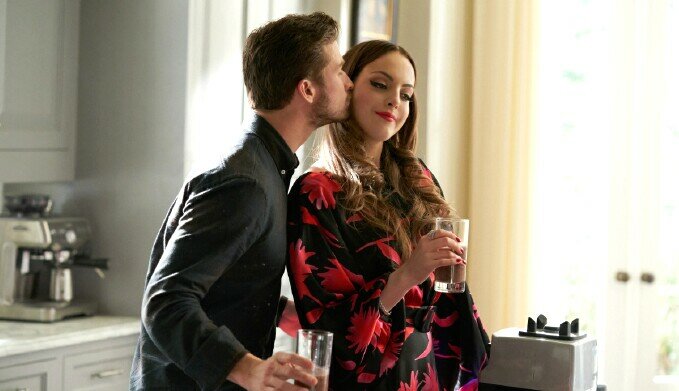 Over the series' previous seasons, Gillies has made her mark as one of TV's most delicious characters, while being immersed in some outrageous storylines – and she's having the time of her life. "The writing is like candy," she shared. "I have so much fun delivering these lines because they're written with wit, and everything has a wink to it. The show has a camp element that feels very at home to me. I'm very thankful that I get to play in this arena because I love shows that push the limit to how far they're willing to go, either with drama or camp. I'm really lucky to be on a show without boundaries.

"I sing on the show now, which makes no sense, but we do it because we can get away with it," she continued. "In this setting, you get away with murder, literally, as the Carringtons often do. So, it's been a total joy ride for me. I discover more and more about my character every year. She's influenced me as a person, for better or for worse, and there's a lot of me in her and vice versa at this point. I know her so well, having lived with her for four years." 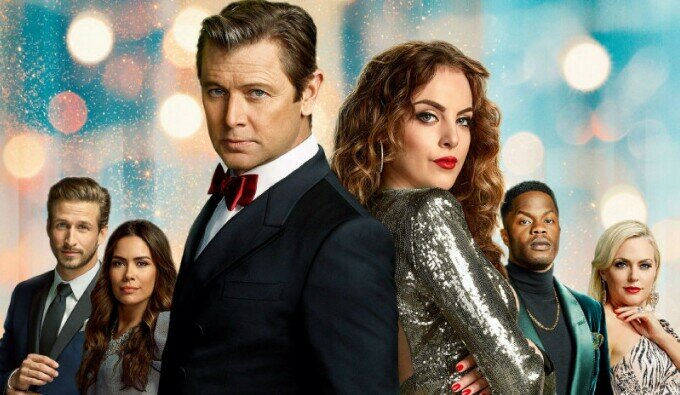 Gillies admits there was a switch somewhere in the show's first season where embracing the camp factor became Dynasty's winning formula. "We talk about this a lot," she laughed. "I have a different moment where I feel we jumped the shark in the best way. I say, 'This show loves a shark, and we love to jump sharks,' which has only served us well and made it more of a guilty pleasure. I think the first step was when Alexis' fake son Hank (Brent Antonello) wore a fake finger that flew off while he was riding a mechanical bull. The second step was when Claudia (Brianna Brown) thought she was shooting Matthew (Nick Wechsler) but he evaporated because he was a ghost in her mind, and she actually shot Cristal (Nathalie Kelley).

"But for me, the grandest moment we officially went full camp, was when I [simultaneously] played my own mother," she added. "It was absolutely fantastic! I don't know where else I'd ever get that opportunity. An actress [Nicolette Sheridan] was leaving while we were in production, and they needed someone to fill the [Alexis] role. It's too iconic to shove just anybody in there without shutting down, so they asked if I would do it. Season two was my busiest season, I wore prosthetics and was completely exhausted, but I couldn't say no! I watched it back and laughed because I don't know a lot of people in their careers who have gotten the opportunity to play their own mother."

The role would eventually be filled by Elaine Hendrix, Gillies' former Sex & Drugs & Rock & Roll co-star. "I just kept saying Elaine, Elaine, when they were looking for a new Alexis," she recalled. "I'm so thankful that they cast her. We have a history as I met her when I was 20 and I already loved her movies like The Parent Trap and Superstar. We don't have a mother-daughter relationship in real life, we're friends, and have a shorthand. All we do is laugh in scenes together. She's tremendous as Alexis, so working together again has been an absolute joy."

As each new season of Dynasty begins, Gillies appreciates a broad outline of what Fallon's arc might be, but like viewers, she enjoys the weekly installments (via the scripts) as to exactly what she's up to. She just shot the 80th episode of the series (directed by co-star Grant Show who plays her father, Blake Carrington) and in addition to this week's wedding, teased a little about what viewers can expect this season.

"This year explores Fallon and Liam's (Adam Huber) first year of marriage," she revealed. "What that looks like and the difficulties that come with being a newer couple in their first year of marriage. It's always intense, then add all the Dynasty craziness to that and it's through the roof. There's also a character coming in inspired by the original. I don't want to give a gender, but they certainly shake things up in a big way for this family. And there is a death, a big one that quakes our world -- that's all I can say about that!"

Dynasty is telecast Fridays at 9 p.m. on The CW.