Elon Musk: The Edison/Tesla/Ford of the Digital Age -- Part 1 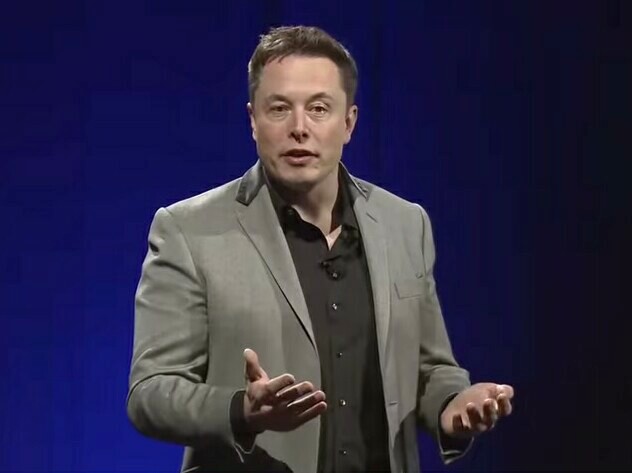 I have been an admirer, yes, even a fan of Elon Musk ever since I first learned about Tesla Motors ten years ago. I state that because now it seems that Elon Musk is everywhere in the media -- online, magazines, a best-selling biography (which I have purchased but have yet to start) -- simply because he is out to change the world and people are finally taking notice.

Musk was one of the “PayPal Mafia” that became billionaires upon its sale.  Rather than doing what so many Silicon Valley cashed out entrepreneurs do, which is to create another online company, Musk decided to set his sights higher.

Daniel Burnham famously said: “Make no small plans: They have no magic to stir men’s blood and probably themselves will not be realized.”

If anyone in the world is the personification of this quote today it is Elon Musk.  His plans are all large and they are stirring our blood simply because they are infused with magic and transformation.  Musk is leading the change and in fact changing the automotive industry, the world of energy, space exploration and global Internet connectivity.  One guy leading a growing group of visionaries and engineers to address some of the most key and critical areas of the future of humanity in the 21st century.

However, the critical issues facing humanity in the physical reality are bigger, slower, tougher and more daunting.  Governments no longer lead and large corporations hold on to the legacy businesses they are in because that is currently where their money is. Both of these entities are stuck in legacy thinking that keeps them from creating truly new paradigms. Elon Musk has taken it upon himself to find solutions and has stepped into the void and is showing through word and action the way for us to go.

To elaborate on the title of this column, here are the areas where, simply put, Musk has set out to change the world, as the named inventors, capitalists and scientists did a century ago.

The legacy of the 20th century is that automobiles are combustion engine vehicles though Edison was first with the electric car.  They burn fossil fuels that create greenhouse gases that warm the planet and contribute to global warming.  They are also a highly inefficient use of energy as only 20% of energy is used to propel the car forward, while 80% simply generates heat.  Musk’s Tesla Motors is changing that with the all-electric car.  No carbon emissions from the vehicles and the percentages are flipped.  Yes, Tesla cars are priced at the high end of the market as scale has yet to come to the market. But as you will read below, Musk is addressing that.  He wants to create a mass-market electric car. So he, more than anyone else, is the Henry Ford of the 21st century.

Musk thinks big.  Giga big.  To supply both Tesla Motors and other electric car companies, Musk and Tesla are building the Gigafactory in Nevada.  The Tesla Gigafactory website says it best:

“Tesla’s mission is to accelerate the world’s transition to sustainable transportation. To achieve that goal, we must produce electric vehicles in sufficient volume to force change in the automobile industry. With a planned production rate of 500,000 cars per year in the latter half of this decade, Tesla alone will require today’s entire worldwide production of lithium ion batteries. The Tesla Gigafactory was born of necessity and will supply enough batteries to support our projected vehicle demand.”

This factory will be bigger than all the existing lithium ion factories put together. It will also be completely carbon neutral with all energy used coming from wind and solar.  “Make no small plans.”

As I have written and spoken for a decade, the 21st century transition away from fossil fuels would to some degree be dependent upon new transformative battery technologies.  Musk has introduced the Powerwall for residential use and Powerpack for business, industrial and utility use. This is the first major coordinated effort to store variable and renewable energy for electrical power on a massive scale.  Consider: 160 million Powerpacks could provide all of America’s energy and 2 billion of them could power all of humanity.

The Tesla vision is also a new paradigm as it reintroduces DC as a scalable alternative to AC electricity and it also embraces distributed energy as a viable model in both opposition and coordination with the 20th century grid model.  At a time when a microchip can now replace a transformer, Musk’s electrical vision is an idea whose time has come.  The namesake of the company would be proud -- and vindicated.

So, with Tesla Motors, Tesla Energy and the Gigafactory, Elon Musk is stepping up in the 21st century as Edison, Westinghouse, Tesla and Ford stepped up to create the electricity, energy technologies and transportation industries of the 20th century.

In the next column I will look at Musk’s vision for solar power, space and communications, more than a century after Rockefeller and Bell and almost a century after Goddard.