Emily and Haley Tackle Adulthood in “The Twins: Happily Ever After?” 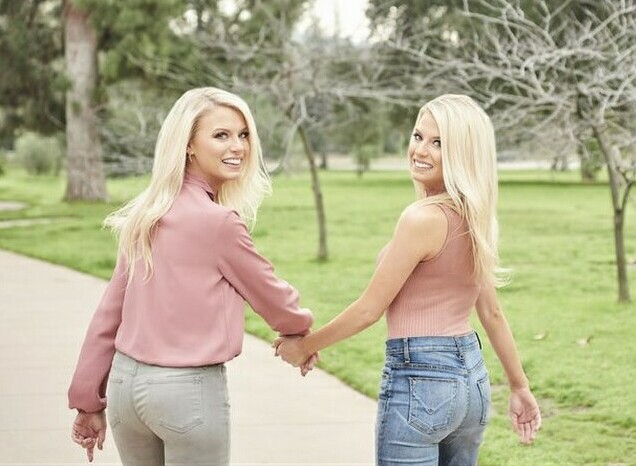 Since vying for the affection of bachelor Ben Higgins on Season 20 of ABC’s The Bachelor, life has been somewhat of a fairytale for 24-year-old Ferguson twins, Emily (pictured at top, left) and Haley (right).  Following The Bachelor they continued their love quest with a stint on Bachelor in Paradise (again it would elude them), eventually endearing themselves to viewers by appearing on Freeform’s Ben & Lauren: Happily Ever After?, in which they became known as “voices of reason” for Ben and and fiancé Lauren Bushnell.  They became so popular that the network made them the stars of the second edition of its latest reality franchise, but there’s a twist.  The Twins: Happily Ever After?, which premieres Monday night at 9 p.m., is not about anyone’s search for true love or an enduring relationship.  So what, then, is the story?

“[The show] is about Emily and I learning how to grow up, move out of our mom’s house and do adult things,” Haley (below left) explained to me when I recently spoke with the twins.  “Things like doing laundry, the dishes, how to pay bills and those simple day-to-day things most people would know that Emily and I don’t.”

“Haley summed it up well,” Emily added. “It’s us, just trying to be adults and navigate our way through this world.” 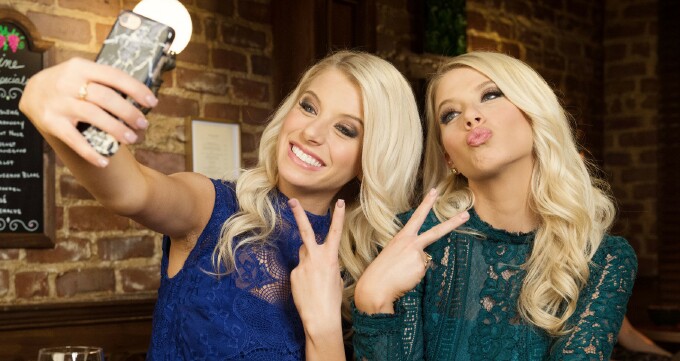 At 24, the Ferguson twins had realized leaving the cozy sanctuary of the family abode was fast becoming a necessity. So when the network offered a platform that would let them explore a variety of vocations, the duo leapt at the chance, hoping the experience would be relatable to others in same predicament.

“We jumped on the ‘getting out of our parents’ house bandwagon’ a little late,” Haley laughed.  “But it was an easy decision for us because we’ve been debating moving out for a while now. When the opportunity was presented it was a no-brainer. It was perfect timing and everything fell into place.”

“Growing up, Haley and I kind of dreamed of being on TV together,” Emily reflected. “We always thought we were special twins and we got really lucky being on The Bachelor, Bachelor in Paradise then Ben and Lauren’s show. When [the network] said, ‘We can take you into the real world to try new things, are you guys willing to do that?’ our response was, ‘We really do need to try new things and step out of our comfort zone.’

“We thought maybe we should let the world see this,” she continued. “We’ve led very sheltered lives and I feel we see life a little different than most people. Our lives are so unique and that’s why they thought it would be a good idea to give us our own TV show.”

With much support, and a little nudge from mom, the girls entered the “scary” unknown of the real world -- this time without the pressure of finding a soul mate. “It’s really refreshing to not have to focus on love and not trying to figure out ‘the twins’ love lives’,” Emily laughed.  “It’s great to have the opportunity to show people things about our careers and [see] us focusing on ourselves. Haley and I literally don’t really know who we are in life and we have so much growing up to do.”

“It’s also refreshing that we get to show a different side to us this time around,” Haley said.  “Not just talking about relationships, because there’s so much more to us than trying to find love.  We do need to figure out who we are.

“Obviously Emily and I aren’t a couple,” she continued.  “But I think we’re the best couple to come out of the Bachelor Nation because were identical twins and are pretty much married to each other. We have a really good relationship.  Even though were not significant others, people get to see our relationship and fall in love with us.”

Details of their work-place predicaments remain to be seen, but they did let me in on one little secret:  Fans won’t be seeing the old ‘twins’ switcheroo’ they’d been hoping for at work. “There was really no way we could do that as we were working the same shifts,” Haley revealed.  “The jobs we did have, we worked together.”

“Doing a switcheroo during work would actually have been amazing,” Emily laughed.  “Haley and I have never done that.  This time we really wanted to show people we can be adults and that trying to find the perfect job is our No. 1 priority.”

Expect to see some familiar faces on the Freeform series too, with the girls confirming that Ben and Lauren will appear on the series, turning the tables on their “voices of reason.” 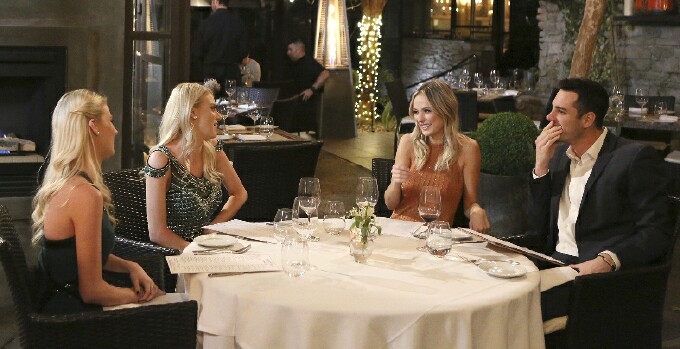 “Ben and Lauren are on some of the episodes, giving advice to us on growing up,” Haley said.

“They’re doing great and are amazing people who we aspire to be exactly like,” Emily added.” They’re actually the greatest couple ever and we love them.”  (Lauren and Ben, at right, are pictured with Haley, far left, and Emily above.)

Another person with an open invitation drop by is Bachelor bad boy Chad Johnson, who infamously crashed Ben and Lauren’s camping trip during their season of Happily Ever After. While neither twin has a personal issue with Johnson, should he decide to drop by, he had better beware!

“I may not be the nicest to him because he’s hurt a lot of my friends,” Emily warned. “But that’s Chad for you.”

“I don’t mind if he wants to come on the show,” Haley admitted.  “But I don’t think I’d be thrilled to see or hang out with him.”

Time will tell if the fairytale title of the series comes to fruition career-wise for the duo, but according to Emily life is already a fairytale. “It’s amazing that Haley and I got our own TV show, especially being in the Bachelor franchise and not really making it far on Paradise or The Bachelor. I just feel that we are really lucky and it is a dream come true. Honestly, I feel we’re on top of the world right now.”

The Twins: Happily Ever After? has its premiere Monday, March 20 at 9 p.m. on Freeform.