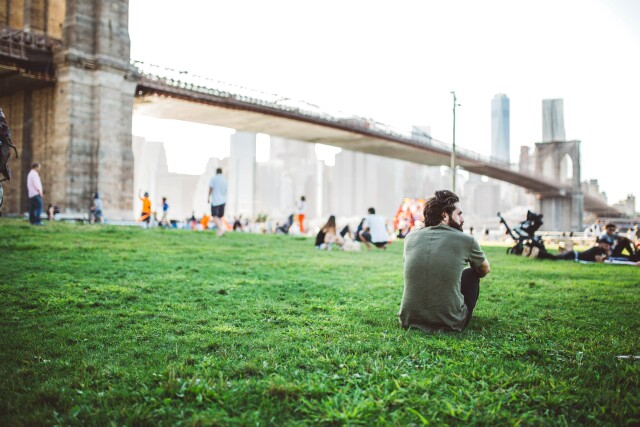 Recent blogs in MediaVillage have poked this bear.  Like so many of you, I’ve been busy navigating the still-evolving world of 21st century media.  I read so many daily posts, updates, newsletters and reports it leaves little time for composing comments and thoughts about those readings.  But, searching for something (anything) else to do each day before opening my projects folder following the end of summer has resulted in the following paragraphs in response to some prior posts here at MediaVillage.

First, let’s agree that, over time, our industry has uncovered some incredibly talented media people who have innovated and moved media into new territory while enhancing creative.  I can go back 50 years in ad history to when my former CEO, Leonard Lavin, pressured the Big Three broadcast networks to accept standalone :30 commercials (and later :15s) -- challenging creatives to do better.  How about thirty years ago when then-CBS Sports Sales Vice President Joe Abruzzese led the charge in getting the NFL to accept a :30 vignette preceding a :30 commercial, while charging only for the commercial.  (Remember Alcoa’s “Fantastic Finishes”?)

Today’s digital technology offers significant opportunities for some incredibly creative media people to move us further into exciting new territory while significantly impacting creative.  They do so every day with content partnerships, contextual buys, creative app development, influencers and much, much more.

Media hasn’t been about CPMs alone for a long, long, long time.  Good, smart media people have always sought the creative edge for their brand.  Product placements have been strategically negotiated into network TV programming for more than 20 years, for example.  Countless times, I remember recommending a higher CPM buy because of the greater target audience index in MRI.  Perhaps that was a precursor to Harvey’s research identifying the greater impact of ads inside similar content?

Of course, every episode of Mad Men allowed Don Draper to show us how irrelevant media was in his faux day.  Over time, slowly but surely, media has proven its criticality in the marketing process mostly because of the rise of ROI-driven marketers.  Media can help creative do its job?  Old news.  We’ve been doing that for a long time.

Marketing, Advertising and the Meaning of Integration  (Brian Jacobs, MediaVillage, 9/4/18)

Thank you, Brian, for reminding us that there remain clients who blindly trust their agencies.  The number of clients who may still believe that the relationship transcends the quality or speed of the deliverables are slowly dissipating.  As CMOs are driven more and more by ROI, clients have tightened the reins on agency accountability.  Jacobs is correct in noting that using cross disciplines inside the same holding company typically benefits the agency more than the client.  However, the simplification of the process by maintaining those disciplines under one roof may greatly benefit the client, as well, with its streamlining.

Like so much in media, there is a balance to consider.  But remember, housing communication disciplines inside different holding companies is also a natural check on each agency.  No agency or holding company (or person) wants to be second-guessed by a competitor.  Not new news, but worth re-visiting.

How will we be consuming media in the future?  How will we measure that consumption? How will ad budgets be distributed?

Surely, I’m not unique in being asked these questions (and more like them).  My consistent over-arching answer is: I have thoughts about the future but I don’t know for sure.  Anyone purporting to know where we are headed is delusional.  The truth is, we don’t yet know what we don’t know.  A few years ago, as a favor for being a subject matter expert for Booz & Company, I was sent a copy of Always On: Advertising, Marketing and Media in an Era of Consumer Control.  Written by Christopher Vollmer with Geoffrey Precourt, it offered excellent insights, data and observations of the media landscape circa 2008.  Many right-on predictions for the stampede to digital including pioneering client moves are right there in black and white.  Its 198 pages is a must-read because it provides a stake in the ground for where we were a decade ago, so one can readily trace what has transpired since.

What Vollmer and Precourt didn’t know, and could never have predicted, was the advent of programmatic buying and its impact on the industry, including the lightning fast speed with which it gained traction.  While they understood the ability of digital technology to capture data, the speed and degree of that movement has been astonishing -- including the potential mis-use of big data which, again, could not have been predicted.  Nor could the authors anticipate the use of digital technology by bad actors who designed and implemented schemes resulting in non-human clicks that were unknown to advertisers who spent millions paying for them.

Finally, ten years ago, who could anticipate the very real and sobering need to protect brand safety and the resultant movement for more client control over all digital channels by bringing that function in-house.

Simply put, predictions in this space can be specious.  All of us don’t know what we don’t know.

Allan is President of The Linderman Media Group, a media consulting company that has filled in the gaps in the client media function since 1996. LMG serves global, national, regional and local advertisers. Allan also helps client marketers in his role as Ins…