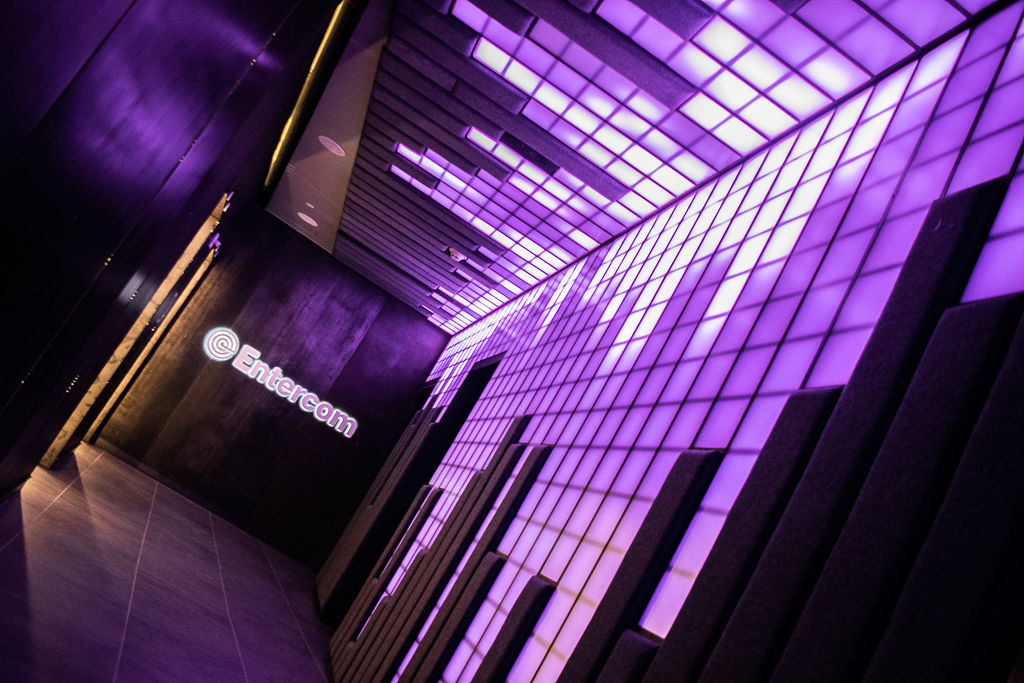 Sports radio, one of broadcasting's most popular genres, is now a multiplatform, multimedia business, and market leader Audacy is learning a new playbook to expand its winning streak. From its streaming digital audio platform  to mobile, video, podcasting, and, of course, its venerable AM/FM broadcast stations, Entercom boasts all the necessary weapons to be victorious.

The centerpiece of Audacy's game plan is its 39 sports radio stations, which include iconic brands WFAN 101.9 FM/660 AM (WFAN-FM/AM) in New York, SportsRadio 94WIP (WIP-FM) in Philadelphia, and 670 The Score (WSCR-AM) Chicago. The stations attract an average 30 million listeners per month, and boast beloved local personalities and play-by-play action for dozens of pro teams.

"Increasingly, we're using those big broadcast pipes to drive interest in digital content and editorial content," said Mike Dee pictured below), president of sports, Audacy. "The prism through which we look at things is always now multiplatform first."

Audacy is deploying that model to grow its newest business, the "BetQL Audio Network." The network provides audio, video and podcast content centered on the red-hot sports betting industry, and the programming is available across Audacy's robust portfolio of sports stations, the Audacy app, BetQL's mobile apps and popular podcast platforms, including Apple and Spotify.

The company has seen a surge in interest from advertisers since legalization of mobile sports betting began to spread across the country in 2018. This led to the company's landmark deal with FanDuel in November 2020, which was reported by some to be the largest advertising commitment ever made within the radio industry. 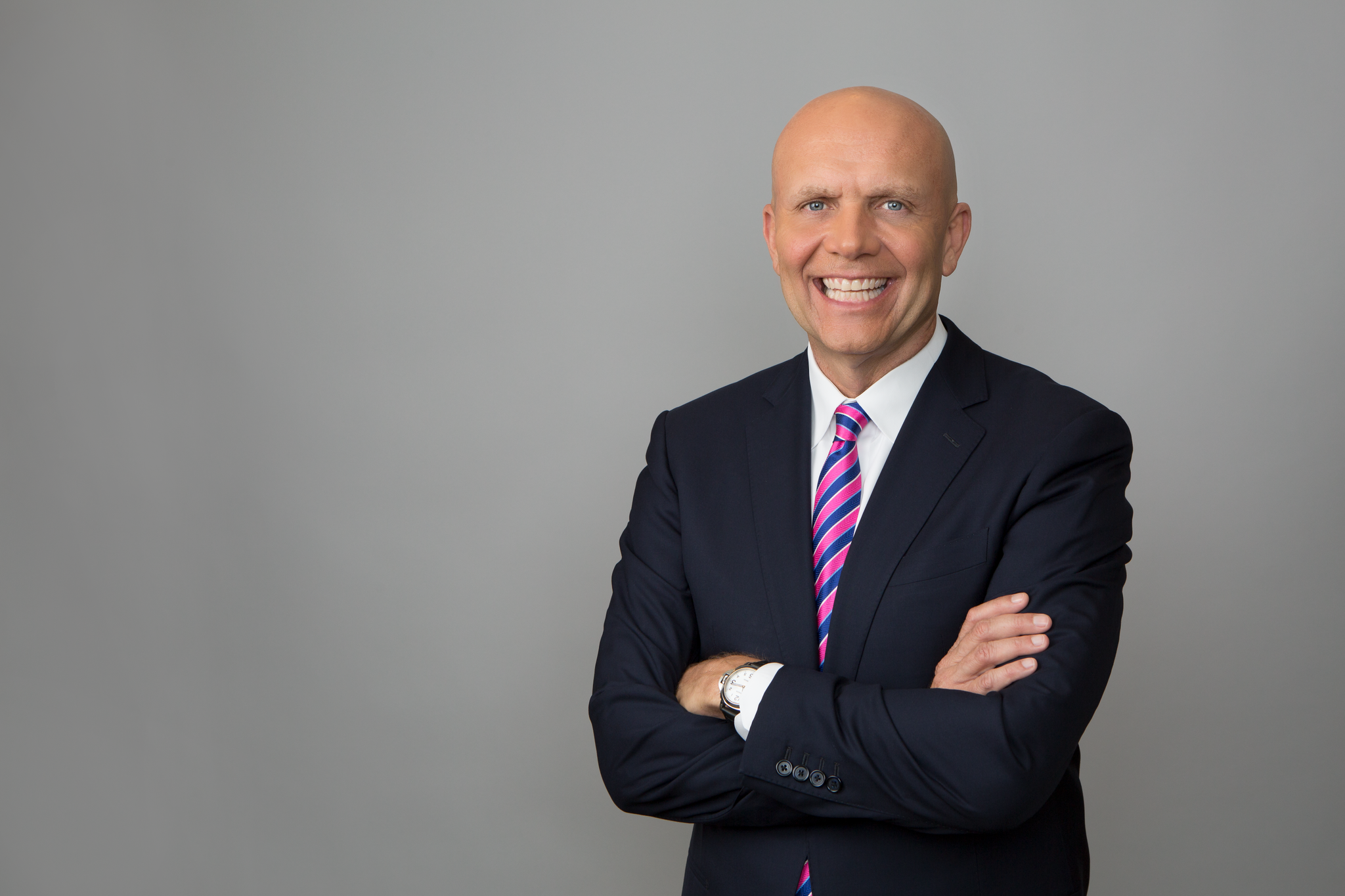 With sports betting now legal in more than two dozen states, Dee said there is an insatiable demand for sports gaming content. Audacy is moving quickly to establish a leadership position. So far, BetQL offers two daily video and audio shows, You Better You Bet and BetQL Daily,and a weekly show on the NFL playoffs, BetQL Countdown to Kickoff. Through the NFL season, You Better You Bet averaged over 670,000 monthly downloads and Dee said it ranks as the no. 1 sports betting podcast on the Apple podcast chart. Dee said show's host, Nick Kostos, is emerging as one of sports betting's leading personalities.

Audacy is so bullish on the genre that it is rebranding radio stations with a sports betting format. In Denver, KEZW-AM is relaunching as The Bet 1430AM and will carry BetQL's national programming as well as its own local sports betting shows. Audacy has also recently launched a similar station on 93.1 HD3 in Los Angeles.

Whether it is sports betting, live play-by-play or sports talk, Dee said Audacy's master plan is to meld its local and national content. The AM/FM stations feature hometown hosts and local team game action and analysis, including broadcast rights to 13 NFL teams. That's augmented by national programming and podcasts from Audacy's digital platform, including Audacy's roster of "Insiders" providing unique insight on each pro league.

"By aggregating our efforts and distributing them to the markets, it is an opportunity for us to provide premier content for our local stations and scale that on a multiplatform basis on a national level," Dee explained.

At this weekend's Super Bowl LV in Tampa Bay, Audacy's local ties and national reach will be on full display. 106.5 The Wolf (WDAF-FM) in Kansas City is the exclusive broadcast partner and flagship station for the AFC Champion Chiefs. As such, the station has exclusive access to Chiefs' players and coaches, including star quarterback Patrick Mahomes. While 106.5 The Wolf will be wall-to-wall with Chiefs coverage, Dee said it will share content, including interviews with Mahomes, with Audacy's stations and digital outlets.

"There are a lot of media outlets covering the Chiefs, but there's only one who is 24/7 every day, their business partner and has full access to team content," Dee said. "We've taken full advantage of that both locally in Kansas City and across the country."

Similarly, Audacy will distribute national BetQL programming to its local stations and digital channels. Dee said the company may even partner with stations they do not own, in markets like Iowa and Illinois where sports gambling is legal, to syndicate BetQL content.

Recently, Dee said another advertising trend has emerged; Advertisers are expressing renewed interest in one of Audacy's time-tested radio ad products: the live host read. Podcast hosts have rejuvenated the format, plugging an advertisers' product or service during a break in their show. Sometimes, the message is scripted, while others are spontaneous and off-the-cuff. Either way, Dee said advertisers are attracted to the intimacy and trust between local hosts and their loyal listeners, and the halo effect it brings to an advertiser.

With its popular radio personalities and podcast hosts, Audacy can meet demand for live reads in multiple ways. It is another sign of the company's unique advantages. "It is a core asset that advertisers want, and it has spilled over to all aspects of our business. There is unprecedented interest," Dee said.