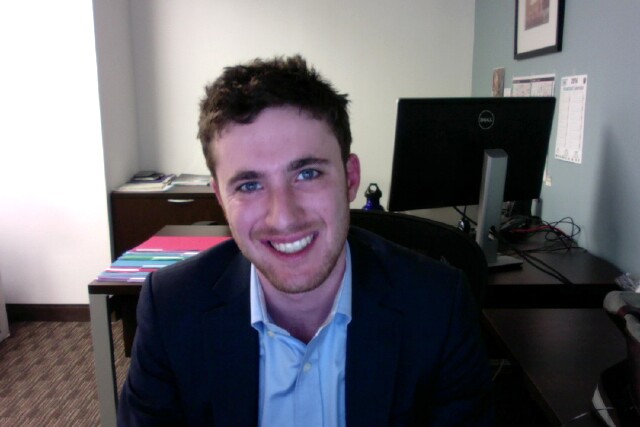 In today’s world of mass fragmentation, the Millennial generation has ostensibly little concern for whether their favorite content sources from cable, a broadcast network or the web. Digital integrations and destinations have become the norm, with content reigning supreme. With a passion for entertainment, Eric Marks, Executive College Content Producer with the American Sports Network, is full of ideas and eager to bring the younger set back to broadcast.

The American Sports Network (ASN) is just two years old -- Eric being the fifth member to join the team -- and is continuously growing its offerings and touch points with Millennials in the arena of college sports. Having moved three times before the fifth grade, Eric is no stranger to fluctuating environments. He expresses excitement for disrupting the content model, seemingly thriving in the commotion of it all.

When Eric was younger, his father Steve’s career as a General Manager with Sinclair Broadcasting Group -- the parent company and over the-air home of the American Sports Network -- required frequent travel. As a result, Eric has roots all over the east coast, in his hometown of Columbus, Ohio as well as in Baltimore and Tampa. (Steve Marks’ 30 years with the company now puts him in charge of 167 television stations in 80 U.S. markets, currently serving as Chief Operating Officer -- along with Co-COO Steve Pruette – as well as Senior Vice President.)

Eric’s mom, dad and older brother, David, instilled in him a penchant for hard work. (Eric, age 7, is pictured at right with David, age 9.) In addition to spending his summers attending Crane Lake Camp 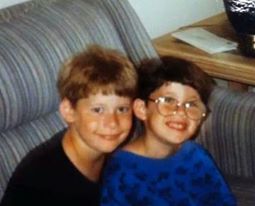 (a culturally Jewish camp) for 16 years, where he made lifelong friends, Eric’s childhood consisted of the pursuit of several monetary ventures. “I always found an opportunity to make money growing up,” he says. “Even as a kid at 8 years old.” Eric describes his “lemonade stand” as a smorgasbord of anything he could find around the house. He sold soda, hats and batteries from his cul-de-sac in Baltimore. He also picked up odd jobs along the way, such as raking leaves, babysitting and being a part-time caddy for his dad. “Anything to make a buck,” he recalls.

I wondered what inspired his desire to make money at such an early age and Eric explained his father’s work and work ethic as a motivator. “I saw the wear and tear that goes into running a business like my dad did every day,” Eric says. “He had been working for this company for 25 years and he did very well for himself.”

This business-minded spirit followed Eric to college at the University of Central Florida where he studied marketing and finance, with additional coursework in entrepreneurship. One of Eric’s most rewarding college experiences was creating his own business, Order Knight, a local food delivery service (see image below). Eric and his business partner invested three years in the endeavor, serving a campus of over 55,000 students. Eric also honed in on his knack for comedy writing, telling jokes and making those around him laugh, often riffing with his close friends and roommates. 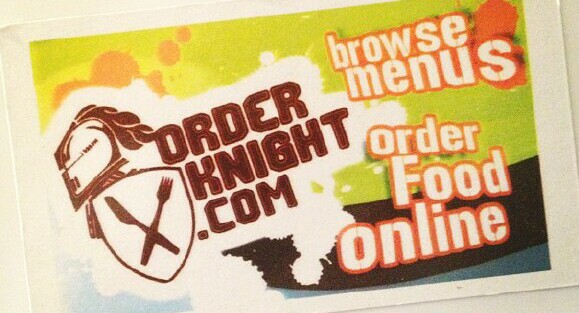 After college, Eric moved to New York City to work with Katz Media, completing their nine-month sales training program before transitioning to a Sales Marketing Associate position. (He is pictured below, second from left in the front row, with the team from Katz TV.) He learned the ins and outs of working with clients, developing multiplatform campaigns and selling digital marketing solutions. Eric is grateful for his foundational experience at Katz, learning a tremendous amount on that side of the business. He then sought out the opportunity to flex his entrepreneurial muscles by establishing a project of his own. The business plan and pitch that he developed for a commercial-free Millennial network incorporated his love of comedy and short form content, ultimately landing him a meeting with a Sinclair executive that saw a place for his ideas within the newly-formed American Sports Network. 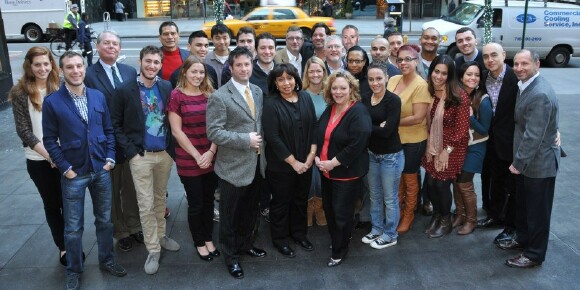 He came to the team with ideas in hand, working closely with his supervisor and collaborator, Craig Haffner. In addition to his father, whom Eric cites as a mentor, he learned a great deal from “production wizard” Haffner. “It’s exciting to work with someone with his knowledge,” Eric says. “I had a first class seat to seeing how he handles talent versus agencies and production people. I’m learning full circle, how to produce, sell and distribute.”

Eric has great enthusiasm for his work at ASN, a network that reaches anywhere between 30 to 85 million households, live in 16 markets. “My goal here is to really incorporate the idea of competition and shining that light as we do on athletes to the whole student population,” he says of his role as a content producer. His day-to-day involves creating and managing targeted marketing initiatives to attract sponsors and drive traffic to the network. Eric also spends time crafting a multitude of projects, such as a collegiate take on the show “Shark Tank.” Unlike the ABC production, his show aims to give college students a platform to get exposure and funding for their ideas pre-revenue. There will be a crowdsourcing element as well as additional sponsorship benefits as students progress through the rounds. Other ideas he and his team are working on include a sketch variety show with up-and-coming comedians and a ballroom dancing competition. 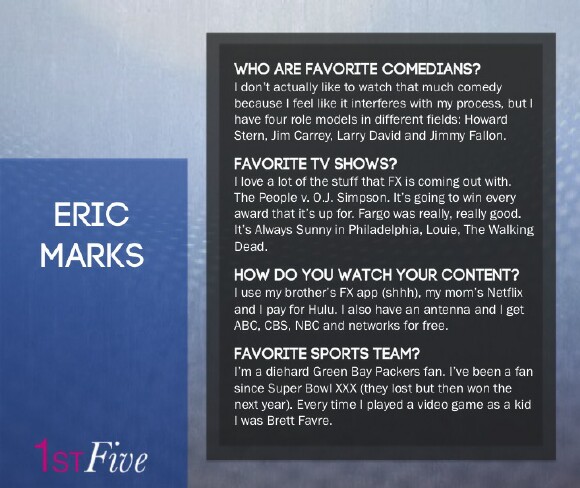 As for the content landscape, Eric is the first to say that things are changing. He’s excited about the future of broadcasting and content, with the Millennial and Gen Z generation in mind. “The whole entire ecosystem is evolving to where I think cable should be a little bit more worried than broadcast,” he says. “Most people my generation don’t even realize that broadcast is over the air; it’s free, and soon to be in 4K [resolution].”

Sinclair is already anticipating these trends. “Our company is on the forefront of developing the new technology standard, ATSC 3.0, which is going to revolutionize the industry in lots of different ways that people can’t even fathom yet. So it’s really exciting to actually be part of the company that’s building the next generation of broadcasting.”

He presents his idea to address “cord cutters” and “cord nevers” with the impetus that it’s time to “cut the cord, but keep the antenna,” noting that some younger consumers don't want to pay for content when it’s been unrestricted their entire lifetime. “Give them an antenna for free, put your brand on it, and [bring] awareness to a generation that doesn’t even know that’s an option,” Eric concludes.