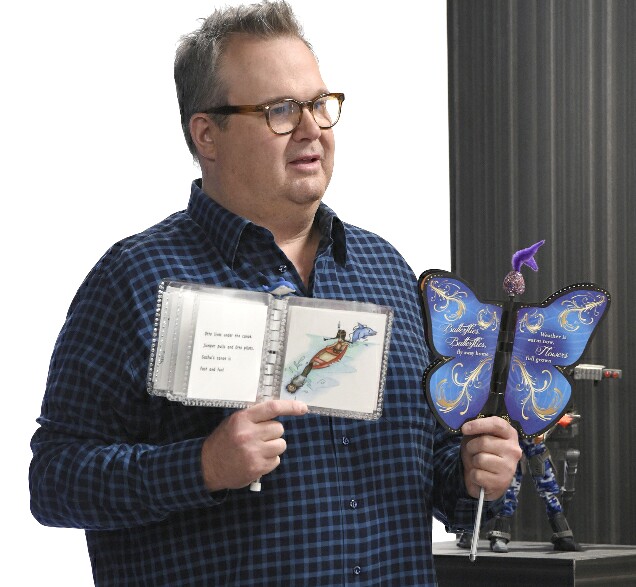 As Cameron Tucker on ABC’s Emmy Award-winning sitcom Modern Family, Eric Stonestreet may have learned a thing or two about working with kids. However, eight seasons on that show didn’t really prepare the actor for his hosting duties on The Toy Box, his latest project for the network. Turns out kids do still say the darndest things.

The eight-part series, debuting tonight, pits toy inventor against toy critic with a tantalizing grand prize: Toy giant Mattel will produce the winning design. But with the toy critics ranging in age from 7-13 years of age, contestants shouldn’t expect candy-coated-critiques.

“They’re honest, yet always respectful,” Stonestreet (pictured at top) recently told me. “The kids know what’s going on. That’s why they were hired, to see if they could be honest with their feelings about whether they like something or not.

“They did take their roles very seriously,” he continued. “Having the hopes and dreams of people in their hands, I mean they’re deciding which toys are moving on [in the competition] and which aren’t. It was important for me that they knew how vital they were in the process.” 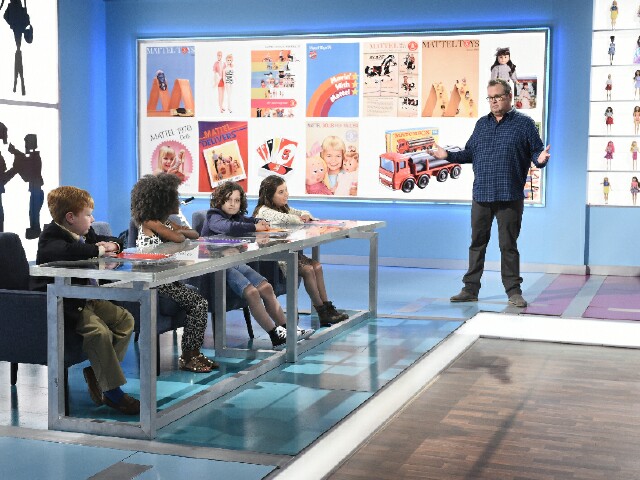 With the pint-sized judges (pictured above) making those all-important decisions, Stonestreet says he was pleased to help keep the judges on the right path. “Sometimes I did have to remind them that 20 minutes before, they were playing with a toy and that they couldn’t be trashing it later,” he recalled.  “I was like, ‘I just watched you having a lot of fun with that, so which is it?’

“I mean some of these inventors have been trying to get their toys noticed by somebody for 30 years,” he added. “And there are toys that range from, ‘Oh my God I’ve never seen that before, what a great idea’ to, ‘That’s a really dumb idea’ and everything in between.”

While Stonestreet doesn’t really consider himself to be “any kind of inventor,” as a kid himself he did enjoy being creative. “I loved Tinker Toys, Erector Sets, Legos and Lincoln Logs,” he said. “I also loved Matchbox cars and Hot Wheels. I actually still have my Hot Wheels from when I was a kid.”

The Toy Box host cites “the chance to look at the world through uncluttered eyes and feel like a kid again” as the reason he signed on to do the show.  Oh, along with an actual love of toys.

“I loved them as a kid and now I have the opportunity to get to play around with toys and meet people that love toys,” he enthused. “That was one of the things that was most exciting for me.”

Just don’t ask him what winning toy will be hitting shelves in a few weeks. “Of course I know who wins,” he laughed. “But there’s no way I’m telling you!”