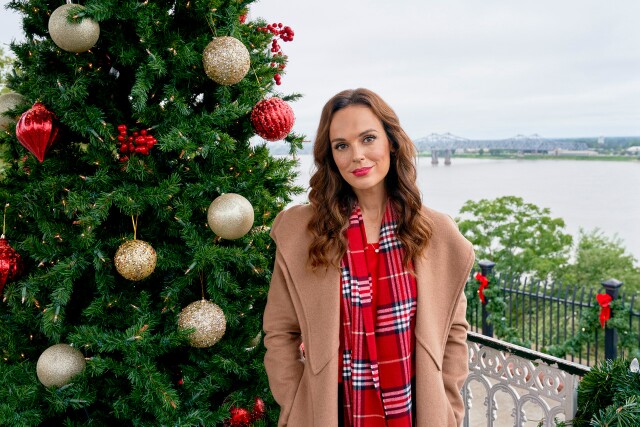 With both Hallmark Channel and Hallmark Movies & Mysteries celebrating the Christmas season by offering month-long holiday programming events, it seems only fair that Hallmark's streaming service Hallmark Movies Now try the same thing. Kicking off their Movies & Mistletoe programming event on November 18, subscribers will be able to stream Every Time a Bell Rings, which turns out to be the perfect reason to subscribe if you haven't already. The movie stars Erin Cahill, who is also an executive producer, and who in tandem with her co-stars Brittany Ishibashi, Ali Liebert, Dee Wallace and Wes Brown delivers a celebration of diversity centered on family, love and the many forms it can take. For Cahill, who last Christmas delighted Hallmarkies with the wonderful fantasy tale A Timeless Christmas opposite Ryan Paevey, getting to usher in the season for Hallmark Movies Now is very special. "I've been saying I'm just super honored that we get to help kick off the first original Christmas movie on the streaming app," she said when she spoke with MediaVillage. "It's truly incredible, and a little daunting, because I'm so used to the traditional [networks], but I'm really, really honored.

"This is my first [project] as an EP with Hallmark," she continued. "I'm so excited. I've gotten EP credits on a few other projects, like an indie rom-com coming out next summer, but this one was my baby and the first in my slate of movies that I pitched and helped create from the ground up. It changed from my original pitch, but I'm just so grateful that Hallmark allowed me to create a movie. To tell [this] story with them was such a gift. And I got to invite some of my dearest friends to join me, so it was a dream come true on every level."

Every Time a Bell Rings follows three once-inseparable adopted sisters, who've drifted apart over time, yet agree to a family holiday gathering. One of their annual childhood Christmas traditions was embarking on an impeccably orchestrated scavenger hunt designed by their recently deceased father, who before passing, organized a final one. As the sisters hunt for the prize, a hidden wishing bell made by dad, old wounds, and family issues are addressed, with some new ones uncovered. 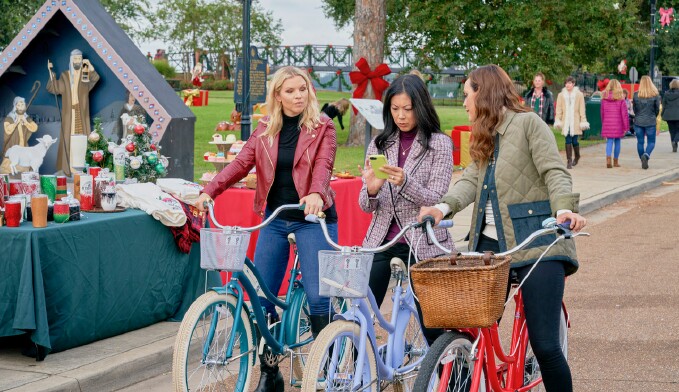 For Cahill, one word comes to mind when discussing the film -- authentic. "The love story in our movie is the sisters and the family," she shared. "For me, that was always the story I wanted to tell. Then other topics naturally kind of happened in development, like adoption. The husband of one of our producers is adopted, and that opened up our casting and provided so much more opportunity. It was a natural progression, and there was enough there that felt so authentic.

"I wanted to tell a story with Hallmark in which a lot of my friends were represented," she added. "I wanted them to feel seen, and that we were telling stories of what people had been through in the community they were in. I'm excited to do that, and represent people that haven't felt, maybe, as represented. A friend has an adopted child and a birth child, so their children look very different. I was lucky to have that exposure and that was in the back of my brain when we were creating [this]. So many [of my] friends in a variety of communities often aren't represented, so to do that was awesome."

Amidst the diversity of an adoptive mixed-race family, additionally the film explores diversity when it comes to family members finding love, as one of the sisters is gay. "A number of people came up to us during filming and were like, 'I'm so excited about that storyline, I've heard rumors and I think it's really great'," she recalled. "I'm 100% delighted about that. It's such a wonderful and exciting time to be telling tell stories with Hallmark as they are really being inclusive with the fans they've had forever and are now inviting in so many more. It's incredible. I'm thrilled with how it all came out."

The result is a refreshing take on an authentic family, in the vein of the 2005 classic The Family Stone. "That is one of my favorite holiday movies," Cahill said. "To get to the heightened fun of the holidays, the joy and laughter, but also the reality of the connections, and the depths, was something I was very committed to the whole time with this. The biggest compliment you can give me about this movie is that it felt real." 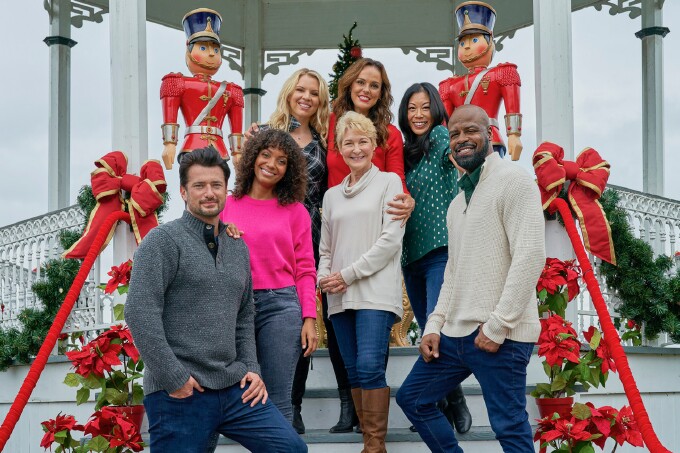 Filmed entirely on location in Natchez, Mississippi, another element of realismEvery Time a Bell Rings reflects is there is not an inch of snow. "We are the first Hallmark original produced Christmas movie with no snow on purpose," Cahill noted with pride. "The fact that Hallmark was, like, 'Yeah, cool, let's do it,' was so incredible because that's the South. You don't get snow at Christmas. You're having gumbo and celebrating southern traditions, so the fact Hallmark just let us play was amazing, and we got to make a love letter to Natchez."

After touching on the realistic side of the holiday season, Cahill is ready for more. She has some projects in development and isn't taking off her EP cap anytime soon. However, should one Hallmark project present itself in any form, she'll do whatever it takes to make it a reality. "The one movie I get asked about all the time is A Timeless Christmas," she laughed in closing. "It was so magical on set and so well received by fans. Ryan and Ron (Oliver), the director, and I kept saying we have to do a sequel as everybody loved it, then it never ended up happening. I'd work with Ryan in an instant on another one."

Every Time a Bell Rings is currently available to stream on Hallmark Movies Now.