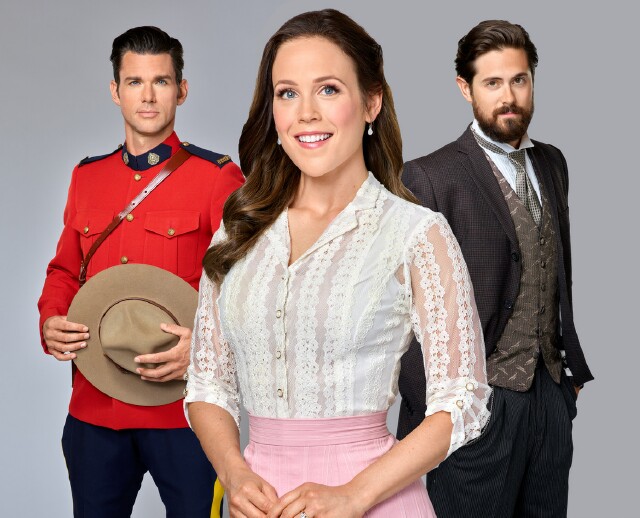 When Calls the Heart star Erin Krakow is kicking off 2021 with a bang. Last weekend saw the return of the hit series, and this weekend her new Hallmark Channel movie It Was Always You premieres. As in When Calls the Heart she plays a character named Elizabeth who is forced to choose between two men, but according to the actor, that’s a complete coincidence. “Oh my gosh! I can assure you that was not the reason I chose the project," she laughed when asked about the comparison during an exclusive interview with MediaVillage. "It's not as though I'm running around desperate for love triangles, but it is pretty funny.

“There were many things about the script that really resonated,” she continued. “Kathy Kloves wrote it in such a way that felt so natural and witty. Each line made sense to me and it flowed. As far as the real meat of this story, I was swept up by this idea that there's a great romantic love story peppered throughout, but also this idea that [Elizabeth] is on a journey to reconnect with the person she really is, and the person she once was. I was incredibly taken by this script and was so excited to be a part of it.” 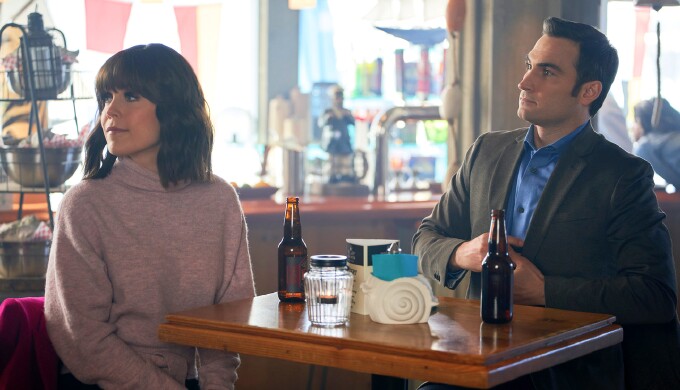 In the film, Krakow’s character finds herself at a life crossroads. While seemingly happily planning her engagement party to the regimented George (Giles Panton, (pictured above right), due to unforeseen circumstances she finds herself spending time with his brother David (Tyler Hynes, below left) who is the total opposite. Soon she starts questioning everything about her life, and which of the two might be better suited to her -- the man who asks, "Why?" or the one who asks, "Why not?" 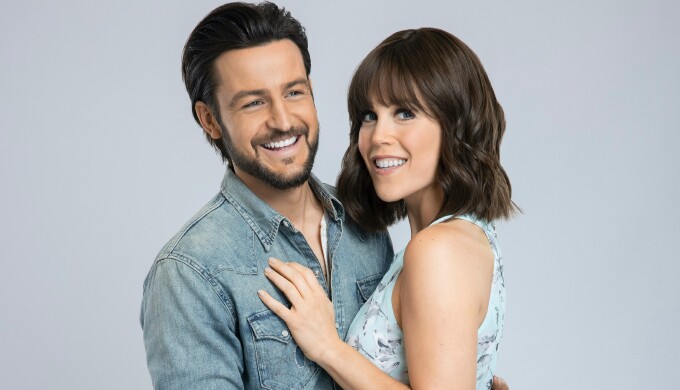 Navigating a story in which a character is already involved can be tricky, but thanks to some pre-planning, it’s one that Krakow and Hynes do well. “[That’s] something we had to be careful of,” Krakow recalled. “Obviously, we don't want to lose the viewers, and [we want to] make sure they're invested in our characters and the story. But more specifically for this film, it was even more important because we're not talking about a fiance who isn't paying any attention to my character or doesn't seem well suited. We're talking about Tyler's character's brother, so it's very dangerous. We wanted to make sure that we told that story with care.

“I didn't know Tyler and had never worked with him before,” she continued. “As soon as I read the script, I thought of him and how he’d really work in this role. I asked if we might be able to get him and I'm thrilled he joined because he was wonderful. Before filming we sat down and went through the script to make sure we were telling the story in a respectful way. There are traps in the story where we could have leaned into the flirtation and romance a bit more, but that would have felt disrespectful to the George character and maybe would have made our characters a little less likable. We wanted to make sure we walked that tightrope carefully.”

Krakow couldn’t have been more thrilled with the timing of It Was Always You. “I wrapped When Calls in November, so I was already up in Vancouver and could roll straight into this,” she recalled.

Much ado has been made about this current season of When Calls the Heart, with Hearties promised a resolution to the Elizabeth/Lucas/Nathan love triangle, a through-line of the last few seasons. “Can you imagine if I just told you who it was?” Krakow laughed. “What if I just did?”

Don’t worry. She didn’t, and there’s no way we’d spoil it if she did.

“I will say I was involved in the conversation very early on, but the decision really wasn't made for quite a long time,” she revealed. “As far as whether or not I'm happy [with Elizabeth’s choice], I've got to tell you, we hit the jackpot with both Kevin McGarry (pictured at top left) as Nathan and Chris McNally (top right) as Lucas. I would have been happy with either one. I wouldn't say it if I didn't mean it. In reality, both Kevin and Chris are delightful, so I have no complaints.”

As for the possibility of a new beau strolling into Hope Valley and stealing Elizabeth’s heart -- no way. “Oh my goodness,” Krakow exclaimed. “I don't know if the Hearties could take it! At this point I feel like they've been teased enough, so let's just get to the point already.” She is looking forward to viewers meeting some new characters this season, like Lucas’ mother, played by Teryl Rothery, and the Canfield family led by Viv Leacock, whom Krakow describes as, “Such incredible additions to the fabric that makes up Hope Valley.

“Am I nervous about the big reveal? No!” she added in closing. “When Calls is not a show about Elizabeth’s journey to find love. [After the reveal] is where the doors really fly open to start telling those stories of Elizabeth's romance. There are so many elements in the ensemble that makes up When Calls, and just because Elizabeth chooses who she wants to be with, doesn't mean that the story suddenly ends. What I'm nervous about is I care deeply about When Calls the Heart and the Hearties, and I've never wanted anyone to feel frustrated or [upset]. Some viewers are Team Lucas, others Team Nathan, and some of them are going to be disappointed.”