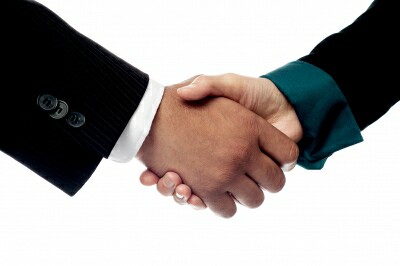 WHY WE NEED TO RESTORE THE MOMENTUM OF TRUST IN THE PROCUREMENT ERA Much change has taken place in the marketing services industry since the year 2000. The advent of the “Procurement Era” along with two severe economic shocks -- the dot-com bust and, more recently, the “Great Recession” -- have taken a toll on the most important component of marketing services relationships: The element of trust. Three major areas are responsible for this erosion of trust between marketing clients and their agency partners: Transparency, Equity and the Interpretation of Value. Without agreement on standards and guidelines in these vital areas, individual marketers have been left to their own devices, while individual agencies have been somewhat defenseless against a hodge-podge of interpretations and practices that threaten the very fabric of commerce.

As the spend-based commission system has become virtually irrelevant as a total form of agency compensation, the predominant use of labor-based models has opened the door to client-side procurement and strategic sourcing to exploit transparency in the interest of lowering the cost of services. The use -- or, rather, misuse -- of benchmarks, all in an attempt to get agencies to fully disclose their proprietary financial information and business economics, has at times been ludicrous. What our industry clearly needs are rules of the road for what is acceptable and unacceptable, in what may be called “limited full disclosure.”

Trust is eroded when a client feels like its agency is withholding information, or when an agency feels like its client is over-reaching (e.g., requesting individual salaries).

We must heed the wise words of business guru Peter Drucker from his 1954 classic, The Practice of Management: “… the purpose of business is to create and keep a customer; the business enterprise has two -- and only two -- basic functions: marketing and innovation. Marketing and innovation produce results; all the rest are costs. Marketing is the distinguishing, unique function of the business.” So long as we allow relationship stakeholders to view marketing as a cost to be reduced rather than an investment to be optimized, the issue of inappropriate financial transparency and benchmarking will not go away.

More recently, the subject of transparency has been at the center of two burning issues in media remuneration -- rebates and programmatic buying. The former is an age-old controversy and the latter a new-age dilemma.

Media rebates are a totally normal and acceptable business practice in many countries. In some cases, they are the dominant form of income for media agencies. Thus, it boils down to just two issues of transparency in any given client/agency relationship. First, has the media agency disclosed to its client the markets in which it is receiving rebates? Second, has the client expressly written into its agency contract(s) how rebates will be treated? A lack of either disclosure or specific contractual language creates an opportunity for, and perception of, foul play.

In the rapidly expanding digital media space, programmatic buying, real-time bidding, and other activities generated by demand-side platforms (DSPs) have created significant revenue growth opportunities for technology providers and a host of marketing/media services providers. The capital investment required by these firms to play in this exchange marketplace is significant, coupled with the clear risk associated with carrying media “inventory.”

Large players in the industry have taken differing positions on the financial transparency of their “trading” companies, from full to very limited disclosure of profitability on individual and cumulative transactions. There is currently no right or wrong answer; it is up to individual clients and agencies to ensure they are having sufficient dialogue in this area so that there is a clear understanding about current business practices as it relates to their unique relationship. Anything less will keep a client wondering if they are being exploited, further eroding trust.

There is no greater enemy to trust than the lack of equity in a relationship. When it comes to assessing fairness in client/agency relationships, one needs to look no further than the contractual agreement between the parties. While there are way too many instances to discuss the subject of equity in contractual matters, there are three areas where the greatest transgressions take place.

When a client/agency relationship begins to exhibit trust issues, the contract is unearthed to ascertain what is contained in the audit provision. It is vitally important that this provision be so unambiguous as to not be subject to liberal interpretation by either party. At minimum, audit provisions should include the following:

• Reasonable notice period and conducted during business hours.
• Require an audit plan with clear objectives shared with agency beforehand.
• Auditors under nondisclosure with agency.
• Mutually acceptable external audit firm, not compensated on a contingency basis.
• Restrictions — no access to personnel data, agency overhead/profit, other client data.
• Limited to one audit every 365 days (unless there is evidence of contractual breach.
• Findings favoring agency go to offset findings that favor client.
• Audit results shared with agency prior to finalizing report to client.
• Reasonable length of time in which audit may take place after termination (1 to 2 years).

While there are certain untenable competitive situations—such as Coke/Pepsi, AT&T/Verizon, and Home Depot/Lowe’s—most others are often 80 percent perception and 20 percent reality. A well-written and equitable exclusivity clause should force the client to list its competitive concerns. Additionally, these restrictions should apply mostly to identifiable key agency personnel on the staffing plan. And, most importantly, the clause should bring the parties together in dialogue.

Without exception, there is no more contentious, damaging, and inequitable issue facing our industry today than that of payment terms. A little history sets the stage. In 2004, the merger between Belgium-based company Interbrew and Brazilian brewer AmBev created the brewing company InBev. Within two years’ time, InBev embarked on an ambitious global cost-reduction initiative which centered around a movement to unilateral 120-day payment terms across its entire supply base.

InBev’s acquisition of Anheuser-Busch in 2008 brought this issue to the U.S. and started a domino effect across the largest global packaged goods companies, and the industry as a whole. Although several industry groups are working to address the issue directly, there has been no concerted effort to denounce this practice as patently unfair and damaging to the service provider community, and ultimately the overall marketer ecosystem. How can it be that companies whose current cash position may exceed the market capitalization of the biggest marketing services holding companies expect to extend cash payments, particularly in the current low interest rate environment on cash deposits? And even more ironic is the concept of cash neutrality in master service agreements, where large advertisers expressly define it as what it truly is and then choose to apply it only to the cash management of media expenses between themselves, agencies, and media owners, but not to fees, production, or third-party expenditures.

The notion of value has become central to the dialogue as the industry makes attempts to get away from payment based on people’s time to that of results generated by agencies’ deliverables. But who ultimately defines value and, more importantly, who determines it?

Two bellwether companies, representing the largest marketer and most valuable brand in the world, respectively, have taken it upon themselves to lead the industry with “value-based” compensation models. Sadly, both of them miss the mark on an interpretation and application of value that would engender and foster trust with their agency supplier partners.

In both cases, payment is initially determined by historical labor-based models and adjusted based on each company’s definition of value. Then, the ultimate determination of value is once again solely the purview of the client, with a significant component being a subjective, qualitative evaluation of agency performance.

The real benefit in these two models is purely on the buyer’s side. On one hand, creating a general contractor model removes internal/external cost, which then eliminates multiple touch points, transactions, and negotiations. But efficiencies are gained by managing agencies via menu pricing and standardized spreadsheets.

To their credit, both companies have continued to enhance their respective models since their joint introduction in 2009, but neither appears to have budged in the direction of increased collaboration on the definition and determination of value.

Value, like transparency and equity, has to be a two-way street. Nothing could be more productive in client/agency relationships than the dialogue that is created between the parties to mutually define success and value for their unique “marriage.” And even more interesting is when actual monetary value can be tied to the accomplishment of collaboratively devised objectives. When a client and agency can agree to a scope of services that relate to realistically achievable objectives, and the agency is able to exceed them, then you have true incremental value that should be rewarded accordingly. It’s not rocket science or brain surgery, but it does require a commitment by both parties to put in the necessary effort, energy, and time to ensure a fair and honest playing field. Doing so can only serve to encourage and restore trust.

AN INDUSTRY CALL TO ACTION

Restoring a momentum of trust in the marketing services industry calls for explicit, concerted action by the major industry associations.

We desperately need collaboratively developed standards and guidelines governing the critical issues of transparency and equity in client/agency relationships. Conversely, value should remain a nut for individual, involved parties to crack. Given the uniqueness of each and every engagement between marketers and their supplier-partners, every significant statement of services or statement of work (SOW) between the parties must contain a specific section addressing the mutual expectations of transparency, equity, and value.

J. Francisco Escobar, founder of JFE International Consultants, is a business management advisor to global advertisers and agencies in the marketing services industry. He has restructured and stewarded major agreements from both sides of…