ESPN Hits the Upfront with "The Speed of Live" 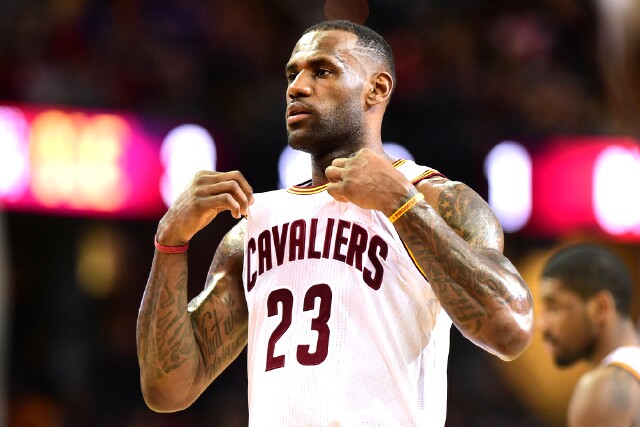 Upward of 96% of ESPN linear viewing occurs live. That impressive ratio will be extolled during the sports leader’s “The Speed of Live” Upfront presentation Tuesday at the Minskoff Theatre. But Eric Johnson, Executive Vice President of Global Multimedia Sales for ESPN’s Customer Marketing and Sales Group and his team want to change the notion that if advertisers buy a unit in a game, they have live covered.

“The reality is that the live window for fans also includes the instant highlights they see on the EPSN app or Twitter, or checking scores, or keeping up with their fantasy team,” Johnson told me. “The smartest marketers are also thinking about live in those ways; it’s not just about buying a 30-second spot.”

Johnson declined to discuss ESPN’s sell-through levels goals, relative to many cable networks that look to move 55% of their inventory, while broadcasters in strong markets can approach 80%.

“We don’t operate the same way entertainment networks do because of multi-year deals, because of the cycle of sports seasons, because of various opportunities,” he explained. “It’s a different approach, but I’d say we probably end up in the same places in terms of what we look to accomplish -- in writing more business, being more forward thinking and trying to expand ESPN’s universe.”

While programmers are increasingly incorporating more data elements into their presentations, Johnson said ESPN has been using data for a long time. “We’re not changing the headline here for a reason,” he noted.

Rather, ESPN is building “a very sophisticated system that embraces what we are: passion and emotion.”  He said the company will key on how sports fans feel -- they’re melancholy, they’re in heavy anticipation mode, they’re sad, they’re elated.

“How does that impact the opportunity for marketers to message and to get their messages through? That’s interesting to us,” he said. “You’re going to hear a lot more about how we can make clients’ business better by driving performance.”

Those attending the Upfront will also find ESPN Deportes integral to the pitch. “It’s a younger, more acculturated audience that goes back and forth between Spanish and English, when they’re at work, with friends and then with their families,” Johnson explained. “We want marketers to think about this holistically and demonstrate how that value fits within ESPN.”

Upfront attendees can also expect to hear about out of home viewing. “We’re looking for ways to incorporate that within what’s happening and get some credit for that,” he said.

For ESPN, Johnson said the Upfront is really two markets: One for negotiations for new business, the other for discussions around season-long or multi-year agreements it has secured for myriad properties.

He pointed to college football and college football playoffs as examples of where ESPN has many multiyear deals “already ironed.” He added, “They will continue to evolve over the years, but the Upfront is also set up nicely within the window for lots of breaking business.”

Johnson said ESPN is very bullish around the demand for pro football and “the opportunities we see out there. We love our slate of Monday Night Football games. Sean [McDonough, who is replacing Mike Tirico as the MNF play-by play caller] is a classic pro; we’re not going to miss there.” The NFL game plan also extends to Sunday afternoons when CBS and Fox air their games, he added. He said ESPN’s digital reach is “ridiculous” on NFL Sundays. “We’re beating most cable networks in a live window. Fantasy is a juggernaut in terms of consumption.”

Johnson also discussed how the different sports have their own sales cycles, beyond the Upfront, with the NBA playoffs and finals on ABC in the fore at the moment.

“The NBA has been such an ascendant sport with such great star power that many advertisers have been with us a number of years,” he said before adding that there will be some “new and unique things from new entrants” in the finals. Key advertisers include American Express, Samsung and studios.

As to Europe’s top national team tourney that will play out on ESPN services from June 10-July 10 in France, Johnson said, “We are quietly confident that the competition is going to speak for itself.” He said advertisers, including DirecTV, Modelo and Progressive, have stepped up.

Johnson also asserted that Euro 2016 will be great for adding daytime viewing, and that many fans will catch the action via Watch ESPN. Johnson called the service’s live streaming “exceptional,” adding, “There have been months this year that have doubled last year’s output.”

He said for many shows, more than half of Watch ESPN usage occurs on television screens and is reaching the youngest, most affluent, multicultural consumers in the new ways they consume media.  “What we wonder about is how Watch ESPN is not being recommended in buys?”

Johnson believes that live impressions are the most valuable and a marketplace point of distinction. “All marketers want to figure out how to react to the moment of live, how to make their communications relevant in that moment, but you just can’t arrive there. You have to plan for it and know the stories around the NFL Draft or the narratives around the games on the opening week of the college football season.  Good marketing is good storytelling.

“People want to get their reality fix from sports, including social, which has helped fuel the growth,” he concluded. “In sports we get to own that moment and create human connection and conversations.”

The opinions and points of view expressed in this commentary are exclusively the views of the author and do not necessarily represent the views of MediaVillage/MyersBizNet management or associated bloggers. Image at top courtesy of ESPN.