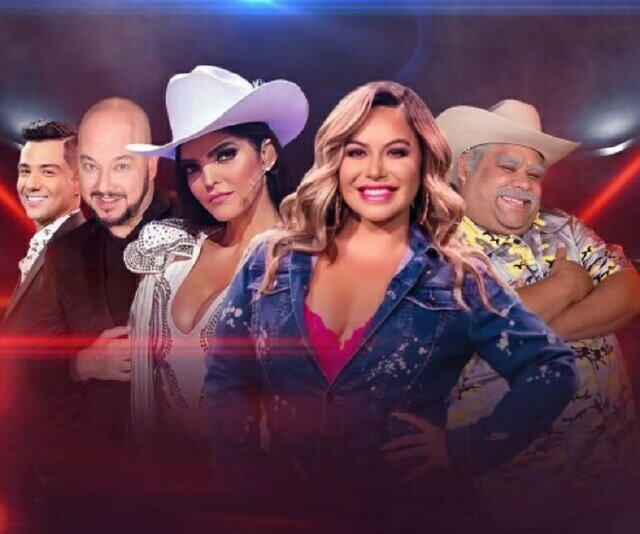 When Estrella TV last conducted an Upfront event in New York, in-person, it was a Spanish-language broadcast network with a primetime lineup unlike most of its competition. Telenovelas were out; talk/variety hours and talent competitions were in. As Estrella Media, the company returned to the Upfront scene last Thursday as a multi-channel, multi-platform entity, with its Estrella TV mothership dipping into weekly scripted territory in the months ahead.

The Big Message: Estrella Media is embracing smart TV set and device distribution of its content, the majority of which is produced in the United States, using U.S.-based Latino talent on and off-camera. "The world has changed, and we have, too," declared chief executive officer Peter Markham. "We are here to make sure that the Hispanic community has a seat at the table, with programming that speaks to them and for them."

Host: Omar Chaparro, host of Tu-Night, Estrella TV's weeknight talk/variety hour. Affable and funny in both Spanish and English, Chaparro set the tone for viewers unfamiliar with Estrella to settle in, then get the key pitches from company executives, led by Markham.

What Worked: A flexible two-part format that was easy for viewers to check out. After a five-minute general overview of Estrella's current status, viewers were directed to see any or all videos from a set covering different aspects of future initiatives, arranged by genre or service. Just want to know what's in the works for Estrella TV's nightly schedule? Click that mini-screen and watch. Sports or news programming top of mind? Go watch those video clips first. For ad industry people yearning for quick, deep, on-the-spot dives into aspects of specific Upfront/NewFront information and data, this is a feature more participating ventures should consider.

What Also Worked: Brief acknowledgments to Estrella TV broadcast affiliates expanding their local news and sports coverage, including Major Soccer League games with teams based in Dallas, Los Angeles and other cities with big Latino populations.

What Didn't Work: A lack of specifics on Estrella Games, the company's new 24-hour service devoted to game shows and competition programs. Touted as the first Spanish-language channel in its category, coming to viewers through smart TV products (starting with Vizio), Estrella Games could have shed more light on its creation and series lineup. One nice news bit: the channel will present the first-ever Spanish-language version ofPassword, one of the greatest game shows ever. About time!

Data Points:Tengo Talento, Mucho Talento (picture at top), Estrella TV's equivalent of American Idol or America's Got Talent, is now in its 24th season – its first with all-female contestants.

Estrella TV will introduce a dating show -- La Mascara Del Amor/The Mask of Love --to its primetime schedule May 27. At least three new series -- two out of the three being weekly anthology dramas -- will debut during the 2021-22 season. Encrucijada/Crossroads, launching in September on Sunday nights, focuses on people facing a fork in their highway of life. Tatuajes, Historias En La Piel/History of the Tattoo, set to start early next year, dramatizes true encounters of a tattoo artist with various clients. On the unscripted side, Endemol Shine will produce a Spanish-language edition of popular Fox series Masterchef, and a home improvement competition involving families in the construction business will premiere during the first half of 2022. Also, rodeo events from Mexico City, known as "charreados," will become a Sunday afternoon attraction.

In the coming months, Estrella TV and companion services Estrella News and Estrella Games will get distribution on Roku, Vizio and Samsung TV sets, plus clearances from multi-channel bundles Pluto TV, Xumo and Tubi. Roku also will introduce an Estrella app offering more than 20,000 hours of on-demand content.

Parting Words: "If you remember me from all these (roles in famous films), you are lying!!" -- Tu-Night  host Omar Chaparro