By Steve Gidlow March 02, 2021 Behind the Scenes in Hollywood Archives 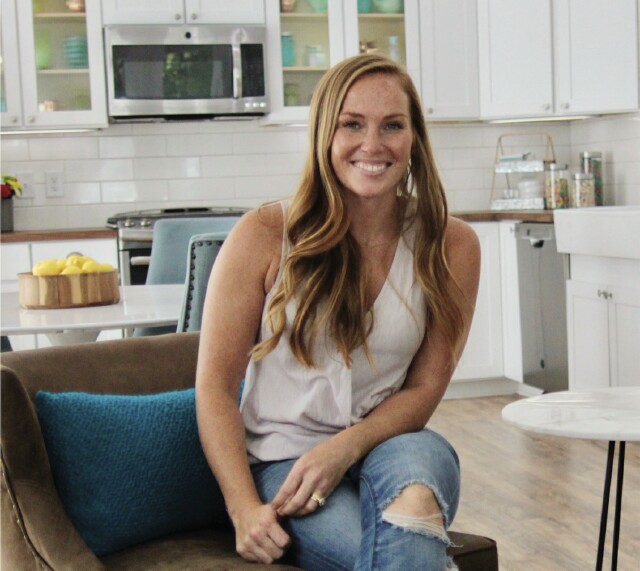 It's no surprise to viewers of HGTV's popular series Good Bones that its host Mina Starsiak Hawk is constantly on the go. When MediaVillage recently caught up with her during the filming of the show's sixth season, we reminded her of the global pandemic currently happening, and her response was just as you'd imagine. "It's very frustrating for some of my employees," she said. "So much my family works with me and they're always telling me, 'You're not supposed to be going places.' But there are things we have to do, and unless you're gonna do it, I gotta do it! Yeah, that's pretty much my M.O!"

Pandemic life for the busy host has been full. In addition to a new season of the show, Mina and husband Steve welcomed their second child, Charlotte (a.k.a. Charlie) this past September, which meant visiting a hospital. "Luckily I got pregnant before the pandemic shut so much down," she explained. "That was the stressful part and that sucked. It was terrible, to be honest. Charlie was delivered by C-section, and while the hospital and all went great, because of the C-section we were there for three days and no one could come and go.

"So, you're completely isolated," she continued. "My husband picked up food a couple of times, and I did meet a friend that lives like two seconds from the hospital, but otherwise I was stuck! I was lucky as by the time Charlie was due they were at least letting significant others in the hospital. If [Steve] hadn't been there, it would have been a whole different story. Knowing I was able to have at least one person there I didn't get too stressed."

One of the hardest things for the new mom was the fact Steve had to miss out on so much leading up to Charlie's birth. "He wasn't allowed to come to any of my doctor appointments and that was hard for him," Mina shared. "With our son Jack, he was at every single appointment, and while I was pregnant with Jack we'd joke, 'Okay, this is round one; round two it's gonna be like old news. [You] don't need to be there.' But it wasn't even a choice at that point."

Needless to say, Steve's been making up for lost time with Charlie, spending every moment he can with her. He's also urging his wife to take a breather and enjoy 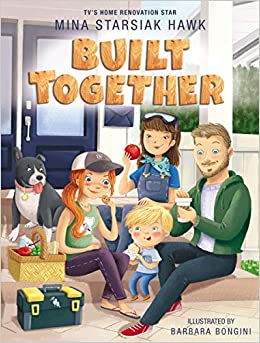 another big life moment -- the release of her first children's book, titled Built Together, which celebrates diversity and acceptance. "It's super-exciting," Mina beamed of the book's release. "But because of the way my brain works, it's like, 'Okay, I finished this. What's next? I know there's something next. Steve is really good. The day the book was coming out he was like, 'You need you to stop for a minute. Your book's launching and that's exciting, so be present.'"

Inspired by her own extended family, Built Together uses the analogy of building your family like you would a home. "When I was pregnant with Jack, I started getting all these kids' books," she said of the book's genesis. "Being a parent changes so much about your thought process. What kind of kids do I want to raise? The most important thing to me is they be kind, understanding and trustworthy. At two-and-a-half now it's hard to control what goes into Jack's brain and that got my wheels spinning.

"The two things I know are my big crazy family with step-parents that have siblings, aunts and uncles ... and construction," she continued. "You can make your house look like whatever you want, and you can make your family look like whatever you want as long as you have 'good bones' and a structure. If you don't, you can renovate your kitchen, but your floor joists are going to fall out. There's a back and forth about making your family. Make sure it's not just pretty on the outside. It has to be on the inside, too.”

Starsiak Hawk revealed that while Jack is a little too young to completely get the book's message, he does recognize himself and his family in its pages. He's also showing signs of following in his mom's footsteps with a flair for building things.

Meanwhile, Starsiak Hawk is busy wrapping up season six of Good Bones and adjusting to other changes in her life, as well. While her mother and co-star, Karen E Laine, will still be on their show, she has retired from the company the mother-daughter duo founded, Two Chicks and a Hammer. "[Mom is] not doing day-to-day stuff," she said. "She wanted to spend more time with her retired husband. She's still on the show and still doing her niche stuff like gardening, DIY's and crafting. I know a lot of people were worried that she was not going to be on the show anymore, but she is.

"The business stuff mom used to do with me, like floor plan meetings and design meetings, I'm now doing with my contractors and my designer," Starsiak Hawk added. "So, it's a little bit of a different format. We had to figure out what the new normal was going to be. Trying to wrangle contractors to wear masks is like putting clothes on a cat, so that was challenging. But it's fun because you get to see more of the personalities of the rest of my team. We're looking forward to the show returning to HGTV sometime in May."

Previous seasons of Good Bones are available to stream on discovery+. Built Together is available wherever books are sold.