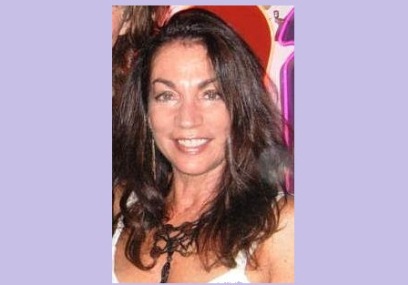 Even as the self-proclaimed "rock star from Mars" Charlie Sheen was getting ready to be the brunt of barbs at Sony Pictures Studios during the taping of his Comedy Central roast, his nemesis, Chuck Lorre and former "Two and a Half Men" costar Jon Cryer were starting off the ceremonies at the 2011 Creative Arts Emmys Awards at the Nokia Theater on Saturday night in Los Angeles.

And while one ceremony was honoring excellence in the television industry jobs --mainly below the line – the other was bent on mercilessly skewering the man who was once the highest-paid sitcom star on television before he went off the rails. A taste of the proceedings: "How much blow can Charlie Sheen do? Enough to kill two and a half men," said Jon Lovitz. To which Sheen later replied, while touching his chest, "Here beats an eternal flame. I just need to keep it away from a crack pipe."

In contrast to his previous vengeful name-calling during a meltdown that created a media frenzy, Sheen never mentioned Lorre by name, but drew a huge response when he told the studio audience, "I did what everyone in America wants to do. I told my boss to fuck off."

Back at the Nokia, Lorre and Cryer lamely joked around about any casting issues on their show-- saying they couldn't recall any-- before launching into the first of a staggering 75 awards that were handed out during the three-hour ceremony.

Both shows will be taped and edited, the Creative Arts Emmys for air on Saturday, September 17 on Reelz Channel (which rescued "The Kennedys" and already brought home some statuettes for its troubles) and the Sheen roast on Comedy Central on September 19th, purposefully airing against the season premiere of "Men," which is sure to garner, um, epic ratings with Ashton Kutcher's initial outing taking over the lead role from Sheen.

The CA Emmys gave a huge boost to several shows going into the Primetime Emmy Awards this coming Sunday, especially HBO's lauded freshman series "Boardwalk Empire," which won seven golden trophies, nearly half of the pay cabler's leading 15 statuettes for the evening. PBS was second in total trophies with 10, with awards for "Freedom Riders" and "American Masters" among them.

And although he wasn't there in person, it was a big night for Justin Timberlake, who received two Emmy awards, one as guest actor for his hosting gig on "Saturday Night Live," as well as for co-writing the lyrics to the song he performed in his opening monologue.

As for the miniseries "The Kennedys," which Reelz picked up after the History Channel dumped it, it made an impressive showing by winning three technical Emmys.

Up against tough competition in animation category, "Futurama" took home the trophy, another milestone in the show's resurgence.

It was perhaps somewhat bittersweet for John Walsh to receive the Governor's Award for his work on "America's Most Wanted," a program that was recently dropped by Fox, where it began in the late 1980s after Walsh's son Adam was murdered, but will find new life on Lifetime.

There were some nostalgic presenting pairs during the ceremony, including Mitzi Gaynor and Bob Mackie presenting, of course, the costume designing awards and Priscilla Presley with Steve Binder, who had worked on Elvis's 1968 comeback special, a precursor to MTV's "Unplugged."

Jeff Probst was unstoppable. The host of "Survivor" won his fourth Emmy, meaning he's nailed the statuette every single time he's been nominated.

In a parallel universe, you might suspect Probst would have something to teach Sheen about surviving, but judging by his "Roast" appearance, in which he appeared healthy and in fine form, he seems to be doing just fine on that score. Must be the tiger blood.

Hillary Atkin is an award-winning journalist who began her career as a television news writer, reporter and producer at KOB-TV. As a broadcast producer at KCBS in Los Angeles, she won numerous Emmy, Associated Press and Golden Mike Awards for live coverage and entertainment special events programming, and then produced and directed biographies on Robert Duvall, Elizabeth Montgomery, Linda Darnell and Nicolas Cage for A&E and E!. She can be reached at hillaryatkin@yahoo.com.