Everything You Wanted to Know About the FM chip and NextRadio – Jeff Smulyan, Emmis Communications 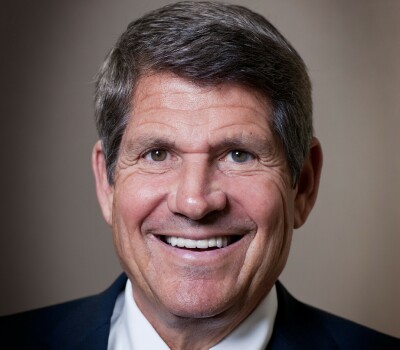 Most Americans don’t know that every smartphone sold has an FM chip which would allow the reception of FM signals. The reason this is important is that unlike streaming, the public pays no data charges when listening through the activated FM radio.

Currently, the American public listens to local radio for over 9 billion hours on various streaming services and they are paying for all of those hours in their data bills. In addition, listening over the air instead of streaming drains cell phone batteries at one third to one fifth the rate as listening to the exact same content via streaming networks.

Most important, in any emergency, when the power grid goes down, all phone use is lost, and as Craig Fugate, Head of FEMA has said, “Your cell phone becomes a brick.” With the FM chip activated, listeners in any emergency would have a radio that can provide life-saving information on the device that is constantly with them.

As you can imagine, the largest carriers have blocked the implementation of the FM chip because they are selling that data.

Perhaps the most exciting part of the FM chip is the interactivity that we have brought through NextRadio. Inspired by the NAB, NextRadio was built by Emmis to make radio visual, interactive and compelling, not only in smartphones, but ultimately in auto dashboards, tablets and even the clock radios of the future. When the FM chip is turned on, NextRadio can provide a visual and interactive element to the content that radio has provided in our communities for nearly 100 years. From the moment the NextRadio button is pushed, the listener can see a snapshot of everything that all stations in their local market are broadcasting, especially album art and song titles. The listener can buy the song, tell the station they like or dislike the song and share it with their friends. If the artist is scheduled for an upcoming concert, they can buy tickets, add the event to their calendar and even get directions to the venue, tied into their map feature on their phone.

For advertisers, an entire new world is opened up. Marrying an interactive component to any ad running on radio gives the advertiser a simultaneous visual interaction with the customer. If McDonald’s runs an Egg McMuffin ad on the radio, a coupon can pop up on the screen, and with the push of a button, the customer can download that coupon and drive to the nearest McDonalds and redeem it. Even the location of the nearest store can be accessed instantaneously and can be mapped through the phone at the same time. Websites can be accessed and events can go immediately to calendars. If the radio station wants to do contesting, prepopulated texts are built into the system. Nearly every component of the station’s broadcast can become visual and compelling.

We have found that interactivity is growing listening. In our first million phones with the activated NextRadio system, listening sessions on fully interactive stations are averaging 16 minutes -- over 50% higher than the traditional radio average.

In my 40 years in radio, I’ve never seen our industry as unified behind any idea as they are about NextRadio and the activation of the FM chip. Nearly every major company is supporting our first carrier agreement with Sprint, where 30 million phones will be preloaded with NextRadio. In addition, almost all of the 1000 most listened to stations in America have full interactivity, with more stations added every day. These represent America’s largest groups, but the fervor and support is coming from the smallest companies as well.

We have been ecstatic about our relationship with Sprint, but the effort is now moving to other carriers and manufacturers. HTC phones with NextRadio are available also at AT&T, Verizon and T-Mobile as well as Sprint. Also, Motorola’s affordable Moto G and Moto E phones are available at many carriers as well, making NextRadio more accessible than ever before.

We have a campaign at the website FreeRadioOnMyPhone.org (led by NPR, American Public Media and Educational Media Foundation) which urges listeners to ask their carriers to turn on the chips so that vital emergency information will be available to all Americans on their smartphones.

The last piece of the puzzle is to inform all of the 275 million Americans age 6+ who listen to radio every week that they have an opportunity to listen to free radio on their smartphones. Devito Verdi is in the final stages of preparing a massive campaign that should convince every other wireless carrier (and our friends at Apple) that this is an idea whose time has come.

Jeffrey H. Smulyan serves as Chairman of the Board of Emmis Communications Corporation, an Indianapolis–based radio and publishing company with operations in nine U.S. markets. He shepherded the unification of the radio industry behind the installation of the Emmis-created NextRadio application in a broad array of FM-enabled wireless devices. A public company since 1994 (Nasdaq: EMMS), Emmis owns and operates 19 FM and four AM radio stations in the nation’s largest markets and city/regional magazines, including national titles Texas Monthly and Los Angeles. Emmis owns the two top hip-hop brands in the world, KPWR Power 106 in Los Angeles and HOT 97 in New York City.