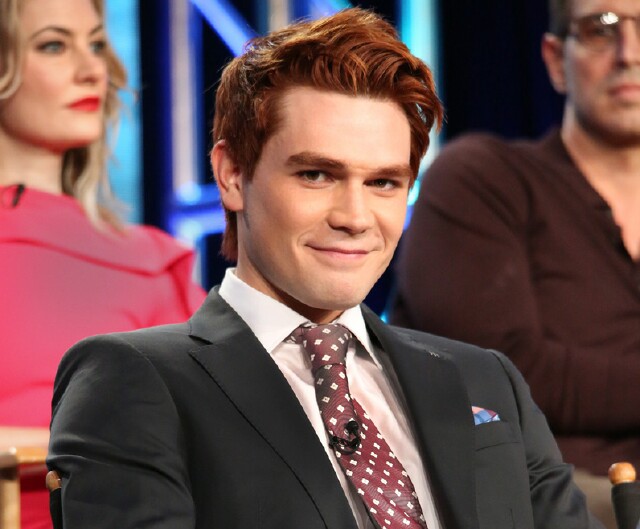 “I think that’s a pretty good comparison,” KJ told me during The CW’s day at TCA, where he joined his fellow castmates and the show’s producers in promoting the show (see photo below).  “I didn’t go back and watch [the cartoon series],” he said.  “I did do some research about it and learned the basics, but I didn’t draw too much from the comics, either.  This is very different and when you watch the whole series you will see that.  If we had the same situations from the comics nobody would watch.” 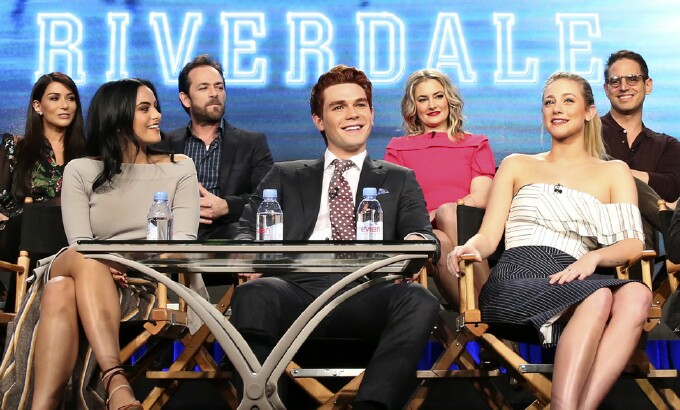 Everything from teacher/student relationships to mental illness to homelessness gets the Riverdale treatment providing some juicy fodder for KJ and the others to work with. But who is this guy we are supposed to accept as our new Archie?  Where did he come from?  And what will he be hiding from viewers?  I went in search of answers to these questions and others after the Riverdale session.

Archie was always somewhat of a scrawny nerd, but in Riverdale he’s quite buff.  Did you have to change your physique for the role?

KJ:  I’ve exercised my whole life.  My dad got me into it when I was young, so I’ve been training for a long time.  It was something I didn’t have to think about going in [to the show], which was good.

We have to talk about the tattoo you are hiding for the series. There's a picture of it on Twitter feed (below) for all to see.

KJ:  Ha!  I do have a traditional Samoan tattoo on my right shoulder, and yes, I have to hide it.  I got it when I was 15 and my dad became a High 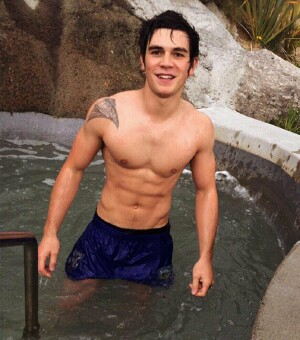 Chief of Samoa, which was a big deal for me and for him. I had no idea I was going to act at the time.  I have to cover it up for the show, pretty much for every episode.

Was there talk of making Archie a little more edgy and showing the tattoo?

KJ:  I don’t think so and not at the moment.  Also, Archie’s not Samoan, with the red hair, so it doesn’t quite work.

You’re not a natural redhead?

KJ:  My hair is dark brown, so that was a real change.  I’m getting it bleached every two weeks and it’s sore.  I have no idea how women do this.  I’ll probably be bald by the end of the show.

KJ:  Everyone seems to think I look better.  But none of them have seen me with my normal hair color.  I guess I’m used to it now.  Only 2% of the population has red hair so I do feel special.  Now it looks kind of normal and I almost can’t recall my natural hair color.  The advantage is I can go back to my normal hair color and no one will recognize me and I can go out for other roles.  I’m looking at that as an advantage, but as soon as we finish shooting I’m back to my natural color.

Was it the fact that this is a completely different take on the comic books appealing?

Why do you think the Archie comics have had such longevity?

KJ:   I don’t know.  What I first thought about this was that it was a random idea, a kid with red hair between two beautiful girls.  How often does that happen?  That’s what makes it so great and so unique. 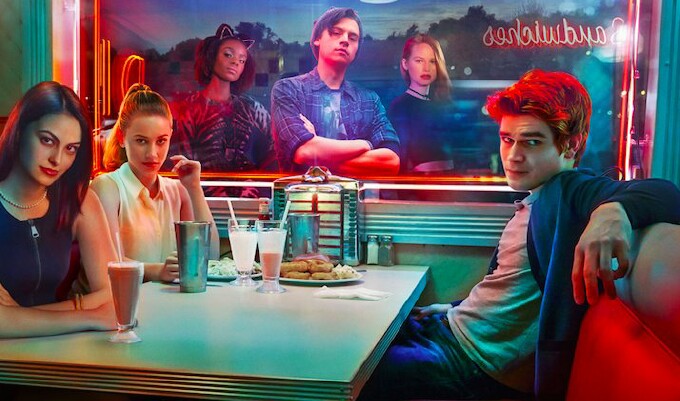 How is it playing gridiron as an all-American jock?

KJ:  I always wanted to wear that uniform as a kid and I finally get to do it! There are no gridiron teams in New Zealand so there’s no way I could’ve ever worn it.  I understand the rules of the game now and that took me a really long time.  I didn’t like it at first -- there was too much stopping, whereas rugby is really fast.  But I like it now.  However, Riverdale needs a rugby team and I might pitch that.

So you’re also a rugby player?

KJ:  It’s the one thing I really wish I were still doing (laughs).  Honestly, it was either rugby or music; it was never acting and I don’t even know how I’m doing this at the moment.  Rugby is big for me; my uncle was one of the best all-black players.  Michael Jones was his name and he’s also one of my biggest role models.

Do you still play?

KJ:  The last time I played I was concussed and I think that ended it for me.  [Maybe] I’ll get out there and play again -- just don’t tell anyone!  I’m definitely not allowed to, but I’m going to do it!  I was actually concussed twice in my career and then I joined the show in New Zealand so that career ended pretty early.

How did your parents react when they found out Luke Perry would be playing your dad?

KJ:  Both of my parents knew who he was; they’re from the 90210 era and everyone in New Zealand knows who he is.  They were pretty stoked and got to meet him when they visited the set in Vancouver. We all had dinner. Mom was really chill; she doesn’t really freak out about that kind of stuff.

They’re doing comic books based on this series, so how does it feel to be a comic book character yourself?

KJ:  It’s pretty surreal.  That’s all I can really say about it.  It’s just surreal.

Riverdale premieres on January 26 at 9 p.m.