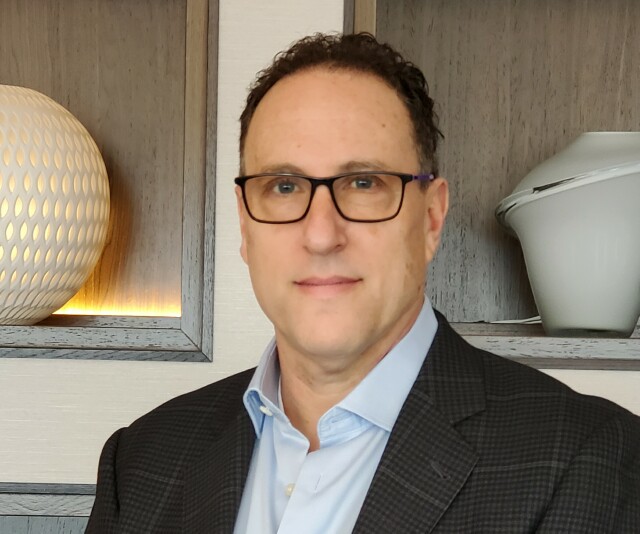 As E.W. Scripps expands its broadcast television station holdings around the country, the company enters this year's Upfront advertising season on a new national programming level. Out to capture a share of advance billings from clients and agencies, the newly branded Scripps Networks is presenting a portfolio of channels featuring newly acquired broadcaster ion Television and services such as Bounce, Court TV, and Newsy reaching viewers through free TV multicast and smart TV set/device distribution.

Instead of staging a virtual Upfront event, Scripps is pitching its case via one-on-one agency virtual or in-person agency and media buyer presentations.MediaVillage had the opportunity last week to observe a presentation with Michael Teicher (pictured at top), Scripps' new chief revenue officer, as host.

The Big Message: With more than 100,000 cable and satellite subscribers dropping their service each month, and more than 80 percent of all U.S. households watching TV through smart gadgets, Scripps becomes a major vehicle to maintain or increase exposure among viewers, whether general or in various demographic groups. "Reach is the No. 1 headache for advertisers right now," Teicher explained. "We have an ability to reach tens of millions of viewers who are no longer connected to cable."

Host: Whatever the focus was at any point, Teicher examined it from several angles. Take reach, which in this presentation was broken down three ways -- unique reach, effective reach and diverse reach. Each way received considerable treatment over and over again. That's on purpose. "We consider ourselves to be in the business of helping advertisers succeed," Teicher said. "If they succeed, then that just grows our partnership across all three stakeholders -- agency, client and (our) sales organization."

What Also Worked: Inventing a new category of viewers to bolster the argument for investing in Scripps' services. "Self-bundlers" refers to people enjoying a TV diet of ad-free services such as Netflix and Disney+, smart TV content and over-the-air broadcast/multicast signals. "We capture the players in the free TV space, as well as those who are subscription video-on-demand watchers," Teicher noted.

What Didn't Work: Offering more details on original programming coming up at ion and Bounce in the 2021-22 season. For example, promising eight new made-for-TV movies at each network, without any facts on individual titles and stars. FYI: In recent years, ion has scored well with three or four original Christmas flicks, and Bounce's track record with scripted series geared to African American audiences, including long-running drama Saints & Sinners, is a winning one.

Data Points:  Big assortment to chew over. A few examples: 36 percent of cable subscribers ages 18-34 are likely to terminate service by the end of this year, along with 30 percent of adults 35-54 and 20 percent of adults 55 and up. More than a third of U.S. households have over-the-air digital antennas, with nearly half of that population not connected to cable or satellite. Almost 30 percent of all TV viewing goes to ad-free subscription services, compared to seven percent for ad-supported video-on-demand services or bundles.

"We're witnessing the disappearance of the modern viewing audience. Millions of them. Every demographic." -- NCIS: Los Angeles star Chris O'Donnell

"Every hour a consumer spends watching a service like Netflix or Disney+ is an hour you cannot reach them." -- Michael Teicher