Ex-CIA Official on Amusing Ourselves to Death. Neil Postman Updated 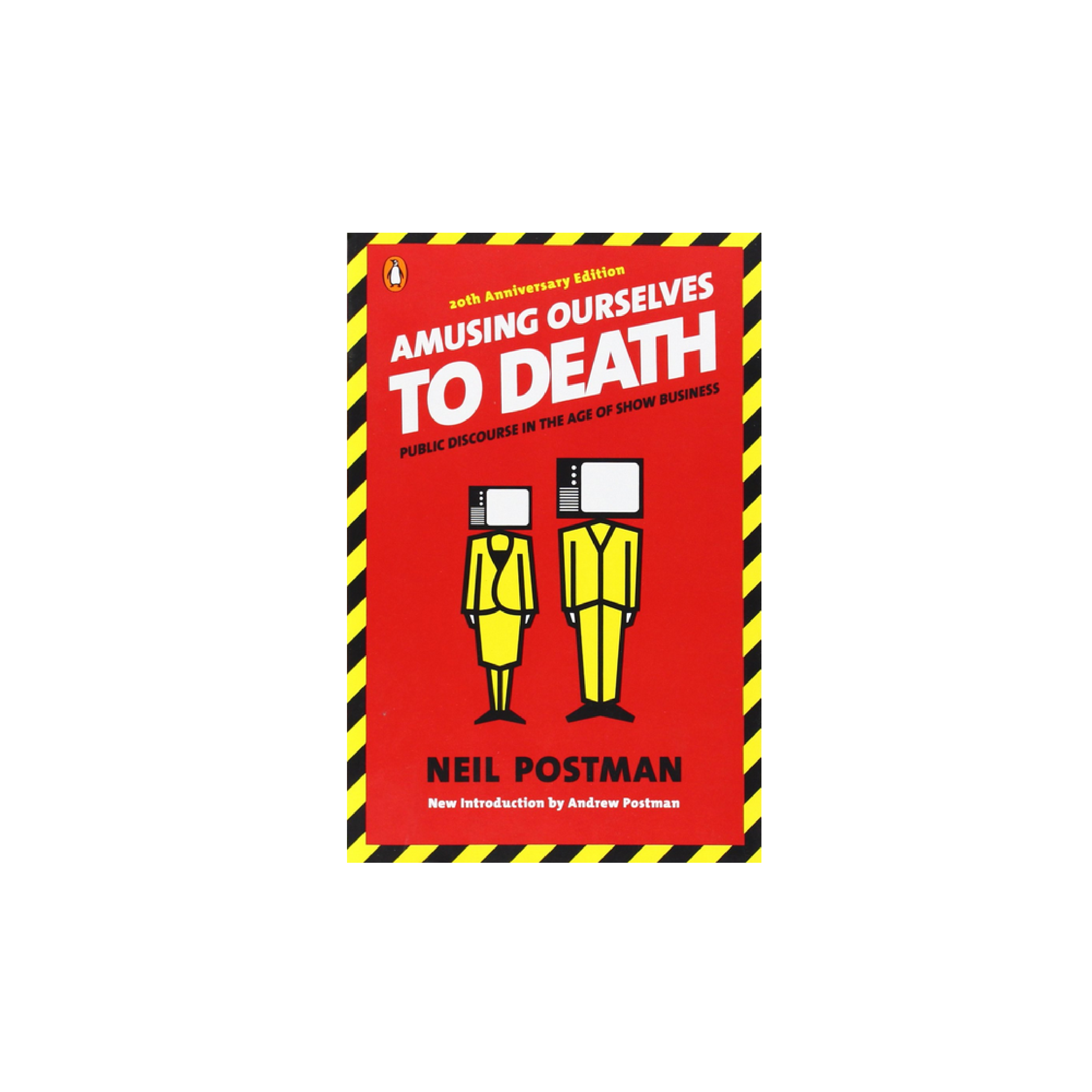 Is Donald Trump the problem or only the symptom of the disease?  It’s too much to say that the late Neil Postman saw the future.  But there’s no question that Dr. Postman, a professor of communications at New York University, understood the trends that would get us there.  Reflecting in 1985 on the eroding quality of television news and its effect on the American public, Postman described our trajectory succinctly.  “Ignorance is always correctable,” he wrote.  “But what shall we do if we take ignorance to be knowledge?”  It requires a very unusual mind, the renowned mathematician and philosopher Alfred North Whitehead once wrote, to undertake an analysis of the obvious.  As the presidency of a real-estate-developer-turned-reality-TV-star flounders between confusion and crisis, Postman’s strikingly prescient book, which all but predicted the advent of Donald Trump 30 years ago, represents just the kind of thinking Whitehead had in mind.

The “obvious” that Postman wrote about in 1985, of course, wasn’t Trump himself.  The two cohabited New York City but neither Trump’s real estate deals nor his then nascent television antics are featured in Postman’s work.  “Amusing Ourselves to Death -- Public Discourse in the Age of Show Business” examines a far more important topic: The social, cultural and political impact of how we communicate on our capability to think.  Although it was written well before the mobile Web produced today’s media-marinated world, its analysis of why television has degraded our public dialogue is even more a must-read today than it was three decades ago.

Postman’s thesis is straightforward.  Faced with the Soviet Union, 20th Century democracies worried about the dangers posed by George Orwell’s 1984-like totalitarian oppressors who banned books and censored news, when they should have been troubled by the leaders in Aldus Huxley’s Brave New World who didn’t need any such heavy hand.  They obscured truth and seduced thought with entertainment and addictive distractions.  In Postman’s view, Huxley nailed the real threat to democracy: the use of the inane and amusing to exploit the greatest human weakness -- our near-infinite capacity for diversion.

Postman used these two contrasting dystopias to make a powerful point.  From the printing press to the telegraph to radio to television, each new medium has changed the nature of our discourse.  For serious subjects that matter in our public life, it’s not been for the better.  In 1985, television was his case in point.  Unlike the printed word that demands the reader’s attention and active mental engagement, for “viewers” the screen’s ceaselessly changing imagery and disjointed delivery of information -- think the on-air reporter’s “live from the scene,” the anchor’s incessant “breaking news,” or the news channel non-stop panels of cross-talking heads -- does anything but.

While “Amusing Ourselves to Death” ranges broadly in addressing television’s effects, Postman’s examination of our national political life figures prominently.  His conclusion: When it comes to providing a format for rational discussion of serious subjects, television simply can’t carry the freight.  “Television speaks in only one persistent voice -- the voice of entertainment,” he wrote in 1985, with the result that, “the content of much of our public discourse has become dangerous nonsense.”  Fast forward to today’s social media and not only does his analysis still apply, there’s no need to change a word in his critique!

Take social media and the news.  With sixty percent of Americans turning to Facebook, Twitter, Reddit, YouTube and other sites for some or all their news, the competition for traditional print, cable and broadcast outlets is obvious, as is the hit to their bottom lines as social media and the news business increasingly converge.[1]  So, too, is the reaction from the executive suites at Facebook and Google, to name only two.  With their revenue built on the click- and profit-driven notion that whatever the users like goes, social media executives have done all they could to avoid acknowledging the civic responsibilities that come with their newsmen’s role.

The adoption of credible journalistic standards as social media’s role in the news business grows won’t be easy.  Transitioning editorial processes from managing cat video posts to ensuring the display of factual, fair presentations of health care reform or policing propaganda isn’t simply a matter of tweaking an algorithm.  Nor is the development of effective means to prevent clandestine cyberattacks on our democratic system such as Russia’s intervention in the election last year.  But from the fake news tsunami that washed over last year’s presidential campaign to Russian use of social media to broadcast their hacking results, the consequences for the country of the failure to do so aren’t hypothetical.  They’re already here.

As legacy and other news organizations find themselves increasingly driven to shape their stories to fit social media’s varied platforms, logic presumably should bring the leadership at Facebook, Twitter and YouTube to recognize that along with their new revenue streams they need to embrace a responsible journalist’s role.[2]  In fact, regulators aboard already are sending that message loud and clear.  Impending German laws to curb hate speech and threatened sanctions over fake news testify to the fact European authorities are watching and fully prepared to levy significant fines for sites giving short shrift these public needs.

If Postman could return to examine our brave new world, he wouldn’t be surprised, nor any less critical of social media’s failure to take its civic role seriously than was his vivisection of television 30 years ago.  And why not?  When broadcast news continues to be indistinguishable from entertainment, when social media’s editorial judgments are crowd-sourced, and click-based, and when politicians model themselves on celebrities and vice versa, Postman’s troubling questions haven’t aged.  They’ve only become more profound.

Postman wasn’t the first to write about the consequences for a democracy if a media establishment failed in its duties to inform the public.  Sixty-five years before him, Walter Lippmann, arguably the most influential American journalist in the 20th Century, worried about the same thing.  Lippmann had faith that the press would do its job but he also recognized the dangers if it didn’t.  “There can be no liberty,” Lippmann wrote in 1920, “for a community that lacks the means … to detect lies.”