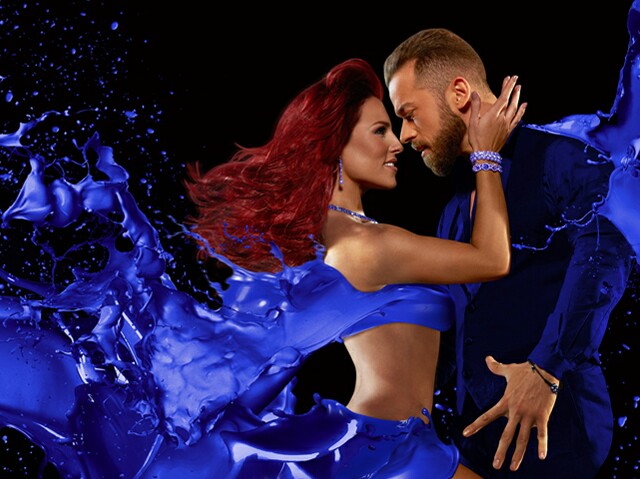 The 23rd cycle of ABC’s “Dancing with the Stars” is almost upon us, and as usual the rumor mill is working overtime with regard to the new season’s celebrity competitors. Although the official celebrity casting announcement doesn’t happen until August 30 on the network’s "Good Morning America," some of the celebrity names circulating include Olympic gymnast Simone Biles, ABC’s most recent "Bachelorette" alumna JoJo Fletcher, "Wizards of Waverly Place" star Jake T. Austin, actress/model Amber Rose, Olympic swimming sensation Michael Phelps and former "General Hospital" and "Dynasty" star Emma Samms, along with recent Rio-gate bad boy Ryan Lochte, whose involvement in this feel-good franchise could provide the damage control the Olympian so desperately needs.

According to DWTS senior talent producer Deena Katz, some of the speculation may not be too far off the mark. When Katz, who has been with the show since season one, spoke with MediaVillage.com exclusively at the recent Television Critics Association tour in Hollywood, she wasn’t anywhere near completing the casting process for the season, leaving room for last minute additions.

“I'm about two thirds of the way locking it in,” she said. “This is my hardest week because I've been toying with so much stuff and now I have to lock it in. I have to look at everything, lock in a few, but there's that fear of, ‘am I doing the right thing?’ as I sit and stare at all the pictures.”

Despite our pleading, Katz wasn’t giving up exactly who was on her vision board. However, given the media domination by the Olympics and upcoming Presidential election, both surely have their place. “I like to be as topical as possible,” she admitted. “So you have to figure if it's an election season; if it's the Olympics, any of those things. I like to feel current and look at what's in the zeitgeist. I mean this is what we're all living in and we can do it because it is a live show. That's the big difference with us and other shows -- it's live! Let's take advantage of the announcements right after the Olympics are over. It's right in the thick of the election season, so that too could be topical.”

Katz has made no secret of her desire to have an ex-President rumba his way through a season. “I want Bill Clinton!” she exclaimed. “But hopefully Bill might be a little busy. He's high on my wish list, and I'm sure he knows. I can't imagine he doesn't as I’ve been saying it for a number of years.”

Katz doesn’t believe Clinton’s possible role as the country’s First Man would get in the way of competing. “I don't think there are any rules,” she mused. And she’s not ruling out former Vice Presidential Candidate Sarah Palin for a Clinton/Palin ballroom showdown. “I would love her,” she said. “She's a friend of the show [her daughter Bristol completed twice] and I’d love her at some point. I do think I'll get her to do it. Could you imagine [the showdown]? I don't think we're going anywhere so it's fun to be working in the now and thinking about the future at the same time.” She’s also not ruling out the possibility of Donald Trump, either. “We’ll wait and see -- if he's not busy after November,” she said.

According to Katz after 22 seasons, though perceptions of doing the show have changed, her biggest casting challenge remains scheduling. “People understand now that we do amazing things for people's careers,” she said. “Regardless of where your career is at that time; you get a series or other stuff and it's been great for everyone, but the problem is the expectations get higher and it takes a lot of time. If you make it halfway through, you can do the first few weeks. But if you're in the semi-finals or finals it's really a full-time job. There are still those that feel it's just a reality show,but to me it's just a great big variety show.”

So who will be spray tanning their way to Mirror Ball Trophy domination on season 23 of Dancing with the Stars? Find out Tuesday, August 30 when Good Morning America announces the cast that will officially start competing Monday, September 12, at 8 p.m. on ABC.