Exclusive! Toys “R” Us Pours on the 'Awwwesome' Sauce for the Holidays 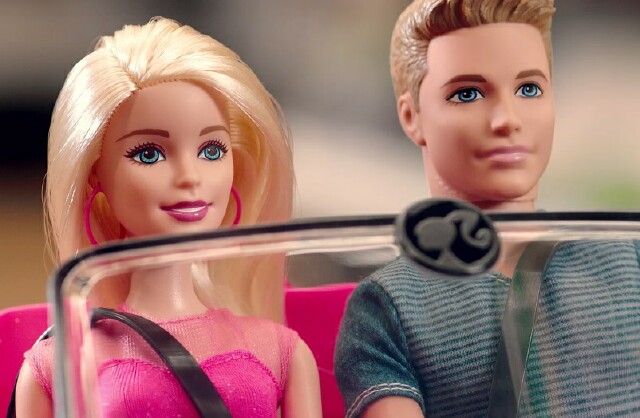 Never mind that lyric about how "it's beginning to look a lot like Christmas." It already began to weeks ago, when several retailers that count on the holiday shopping season to make their year kicked off their 2015 campaigns.

Joining their ranks is Toys “R” Us starting this week to roll out a Christmas ad blitz, the first work from its new creative agency, BBDO. The centerpiece of the campaign, with television, print, digital and social components, is a new theme, "Awwwesome" -- mashing up the warm emotion of "Awww" and the youthful enthusiasm of "Awesome!"

Similarly, the campaign alternates between scrappy promotional ads, offering shoppers sales and deals, and winsome, image-burnishing ads, invoking the spirit of the season.

The goal is to "try to win the head and win the heart, to create the rational connection and the emotional connection," Richard Lennox, senior vice president and chief marketing officer of Toys "R" Us U.S., said in a phone interview last week in previewing the campaign. (It's to be formally announced later today.)

"We felt a brand with the stature and importance of Toys 'R' Us should be part of both conversations," Lennox said, discussing "our great values" as well as "how we bring to life the joy of Christmas."

In tests, consumers "appreciated the duality," he added.

According to Wil Boudreau, chief creative officer of BBDO Atlanta, the twin approaches reflect how parents are of two minds at Christmastime.

"You're looking to get toys at the best possible price," said Boudreau, who's "watching what I spend" as a father of four kids ages 11 and younger. So the promotional ads send "a message that Toys 'R' Us is competitive with online and other retailers," he added.

At the same time, parents don't want every message to be "'Buy toys,'" Boudreau said, hence the emotional ads. In tests, "consumers loved the fact a giant toy retailer is saying the season is not all about giving gifts," he added.

"Awwwesome" replaces a generic theme, "C'mon, let's play," introduced last year by Toys "R" Us and its previous creative agency, Escape Pod. Though it "was successful," Lennox said, "we felt the brand needed a big idea with gravitational pull."

"'Awwwesome' plays to the idea that no one else has a whole store full of awesome" toys, he added, taking advantage of the chain's "product authority" and bringing to life the response from youngsters when they enter a Toys "R" Us: "That's when you see the moment of 'Awwwesome' in their eyes, and parents know they got it absolutely right."

The promotional side of the campaign is represented with more than a dozen 15- and 30-second commercials dubbed "Shelf Talkers," imagining humorous conversations taking place among popular toys inside Toys "R" Us stores when customers aren't around.

In two spots, a Baby Alive doll explains to an Optimus Prime Transformers action figure how the Toys "R" Us price-match guarantee works: "If a customer finds you for a lower price at another store, they'll match the price." A skeptical Optimus Prime asks, "Are you telling me there's more than one Optimus Prime?" The doll replies, "Well, sure, look to your left," which triggers screams from him and his fellow action figures on other shelves.

In two other commercials, a Ken doll drives a pink convertible through a store with a Barbie doll as his passenger. "You're lost, aren't you?" asks Barbie, suggesting Ken consult a Batman action figure. But you know men -- plastic or otherwise, they don't like asking for directions.

Every one of those spots ends with an announcer touting the "great deals on the latest, hottest toys" or how "we'll match any price" in "our whole store of ... 'Awwwesome.'" There's a glimpse of Geoffrey, the cartoon giraffe that's the longtime Toys "R" Us mascot.

The other side of the campaign is represented with a series of 30- and 60-second commercials eschewing product pitches for what Boudreau called "big, epic, emotional storytelling."

They're intended to "capture the emotional high ground," he added, much like annual Christmas-season spots from British retailers such as John Lewis.

Two emotional Toys "R" Us commercials depict a girl sharing the real meaning of Christmas with an adult neighbor who seems alone. After she and a friend bring a tree to his front yard and trim it, he returns the gesture by leaving presents under the tree on Christmas morning. Those commercials end with the words "Light up someone's Christmas" onscreen, followed by "Awwwesome."

More than two dozen broadcast networks and cable channels will carry the commercials, which will also appear during syndicated shows on local stations; complementary ads will run on networks' websites. And there'll be exclusive content on social media platforms such as Facebook, Instagram, Snapchat, Twitter and YouTube.

Visitors to the Toys "R" Us YouTube channel will find spoofs of the phenomenon known as unboxing videos, which show people reacting as they open packages with new purchases or gifts inside. In the Toys "R" Us parodies, toys will unbox other toys.

Also on tap is the 2015 edition of the annual Great Big Christmas Book catalog, due out at the end of the month.

The BBDO Atlanta office is developing and creating the campaign as the BBDO New York office handles the account and strategic tasks. Toys "R" Us spends an estimated $110 million or more each year on advertising. Of course, the lion's share, around $90 million, comes in the fourth quarter, wooing holiday shoppers.

"Christmas is vitally important to us," Lennox said. "It is our Super Bowl, the time of year we turn all our marketing dials to 'full.'" The campaign will ramp up Nov. 1, he added, with a "full media initiative."

Still, he added, he's "quietly confident" in the ability of the campaign to "help reinforce the brand and help with brand engagement."