In an attempt to rival Twitter as the place to go for trending news, Facebook announced an update to Graph Search earlier this month that will allow users to search for conversation topics within status updates, comments and posts. Twitter has established itself as the ideal tool for real-time conversations and news updates, something that Facebook continues to struggle with.

The goal of this update is to make Facebook more conducive to real-time conversations. Facebook and Twitter have been competing with one another as the #1 hot spot for interactive viewing during primetime television events like the Emmy Awards, the NFL's Monday Night Football and Sunday's Breaking Bad finale, which drew 1.24 million Tweets – it's most ever. This is a prime example in which people who want to make their viewing experience an interactive one are turning to Twitter first. Can Facebook even be considered a threat to Twitter's legacy? With Twitter's five year head start, Facebook is fighting an uphill battle.

The update also allows users to search for posts or comments from a certain time period or location (such as, "posts by my friends from last month") or posts they have composed or commented on. Earlier this month, Facebook provided subscribers with the basis of the graph search, with the option to utilize hashtags -- or words or phrases marked by "#" – something Twitter has been providing for over five years.

Facebook's search update is not yet available to all Graph Search users, as it was rolled out to a small group of users last week. Users will only be able to search for content that has been shared with them, in addition to public posts. A key aspect of the Graph Search that hinders the goal of the service is that a user's conversation will not be available to be searched for unless it is marked as public – the majority of Facebook users have their posts marked as private, meaning only their "friends" can see their posts.

Aside from the interactive viewing experience that many television shows are latching onto, Twitter is also the first place people go for more information and opinions of breaking news stories. There is no denying the impact Facebook has when it comes to bringing people together and keeping up with old friends, but when a breaking story happens, few people think to run to their Facebook news feed – they don’t want to hear from their old college roommate, they want to hear from @CNN or @NYTimes.

With so many people already programmed to turn to Twitter for the latest opinions and breaking news, it’s going to be very difficult for Facebook to sway users. Facebook provides a more personal experience for their users, including full names, ages and locations – which is typically the minimum amount a profile will show. Twitter, on the other hand, allows people to publicly voice their opinions without entirely revealing their identity.

Over the summer, we saw a shift in the video space when Instagram, the go-to for photo share, gave users the ability to publish videos that were 15 seconds or less, therefore making other outlets like Vine less unique. The Instagram move was a calculated risk, as they had an established audience that already follow for photos posted by friends, family and celebrities. However, the latest move by Facebook in the social media space holds a much greater risk of failure.

At the moment, this tool remains highly experimental for Facebook. With more than 1.24 million people tweeting about a single television episode, the audience is out there, but Facebook appealing to that audience more than Twitter is unlikely.

Ken Wisnefski is the founder and CEO of WebiMax, a leading social media and Internet marketing 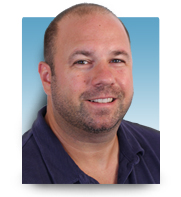 Founder & CEO WebiMax Ken Wisnefski is the founder and CEO of WebiMax, a leading social media and Internet marketing company. WebiMax was named to the 2012 and 2013 Inc. 500 lists, and was also selected as one of America’s Most Promising Co…