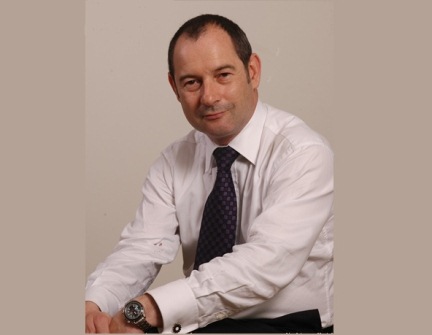 It can't be all fun all the time at Facebook right now. The bloom has gone off the rose and like so many things in life it proves that it's easier to live outside of the public gaze, particularly when that gaze includes every professional and amateur stock analyst alive.

A few months before the IPO GroupM published its annual This Year Next Year Interaction report. In it we said that 'the Facebook offering would resemble the running of the bulls in Pamplona'. We thought the analogy appropriate because at Pamplona someone always gets very badly hurt.

Like running with the bulls trading in the stock of young companies is not for the faint hearted and as no one was forced to buy it's hard to have any real sympathy for those who lost out.

Perhaps more concerning is that one of the side effects of a stock price on the slide is that every negative story gets amplified - bad news travels faster than good.

Recently the cases of Limited Press (a real company) and Virtual Bagel (not a real company) have highlighted the issue of click fraud and fake or duplicate accounts. Questions have arisen about just how many of the Facebook billion are unique and real (90%) and how many clicks emanate from that 10% or other non-legitimate sources (anecdotally I am told that the answer to that question is 'no more than 1%').

So from a business perspective, assuming the 1% is accurate, how big is the problem really? All of us that have ever bought ads in any media would be somewhat delighted to know that we only paid for people that actually took an action with 99% confidence that the action we paid for actually happened and save our concerns for what happens after the click.

In short, and with apologies to some, I reach the conclusion that people's attention is being diverted by some trivial events and metrics and that their focus should get back to the fundamentals.

1. It has, for now at least, changed the way humans behave and done so at scale

2. It has changed how they interact with each other and, to a degree, with brands and businesses, despite the fact that the promise of earned media was significantly oversold.

3. That for most brands most of the time it's true to say that in earned media you get what you pay for; and that how much that investment earns is a function of the quality of your content and the value of that content to your fans.

4. That the value of social actions as a proxy for intent is yet to be proven but is likely to be of significant value. To advertisers 'shares' should be more important than the share price.

5. That Facebook will almost certainly have to test the tolerance of its users with ad units that are more intrusive than they are today.

6.That flawless campaign execution contributes almost as much to trust as campaign results.

These are real opportunities and challenges and ones that should concern us all as solving them brings rewards to everyone.

I believe it's conventional to say at this point that the author owns no shares in Facebook.

Rob Norman is a member of the GroupM Global Executive Committee and is CEO of GroupM Interaction Worldwide. Rob’s principle tasks are developing the interaction organization within GroupM, developing positioning and thought leadership and leading the interaction contribution to business development. Rob can be reached at rob.norman@groupm.com.