"Family": A TV Classic (Now on Tubi) That Beamed with Pride 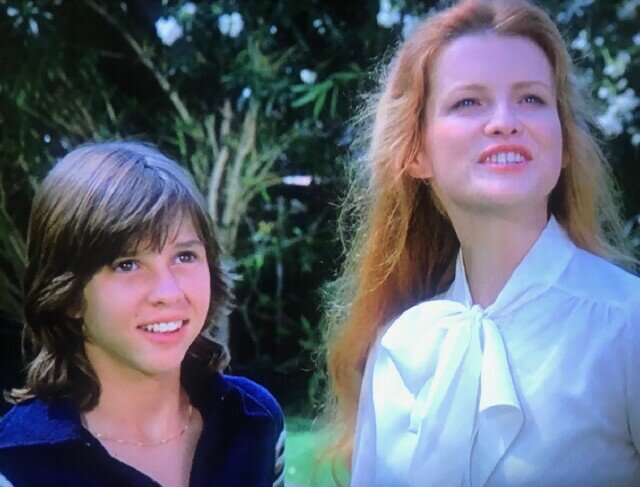 After many years in syndication, Sony Pictures Home Entertainment delighted fans with DVDs of the first two seasons in 2006. However, following the restructuring of that division of Sony, seasons three through five were never released, and it felt as though the Lawrences had forever vanished. But now, thanks to Fox-owned streaming service Tubi, Family lives. And it can be watched for free!

For anyone who watched this show during their childhood or teen years, it likely plays a bit differently now. Indeed, viewing Family through the lens of maturity brings an even greater appreciation of its storytelling (an uncanny blend of timeless tradition and progressive forward-thinking), impeccable direction, realistic dialogue (that puts most of the chitter-chatter in today's series programming to shame) and uncommonly natural performances that are, in a word, stellar.

With great grace and compassion, Family tackled every social issue of the day with great thoughtfulness and respect. The characters were flawed, and their opinions on certain matters often clashed, but their illuminating exchanges were fair and understandable. Of most importance, nobody preached to the audience. There was a rare assumption on the part of the writers that viewers possessed intelligence, compassion and curiosity, even when the story involved a controversial topic. Teen sexuality was big. So were equality in the workplace, discrimination against the LGBT+ community, single motherhood, relationship ageism and the many challenges of medical care. In all respects this show was ahead of its time; in fact, an episode about sexual harassment in the workplace included the phrase, "Me too." Remember, this was almost 50 years ago.

Watching Family in June 2021 is particularly thought-provoking. As we continue to celebrate Pride Month, there's no doubt strides have been made concerning representation and inclusion for the LGBTQ+ community on television since Family debuted in 1976. Yet, two unforgettable episodes featuring gay characters remain as relevant and poignant today as the day they originally aired. 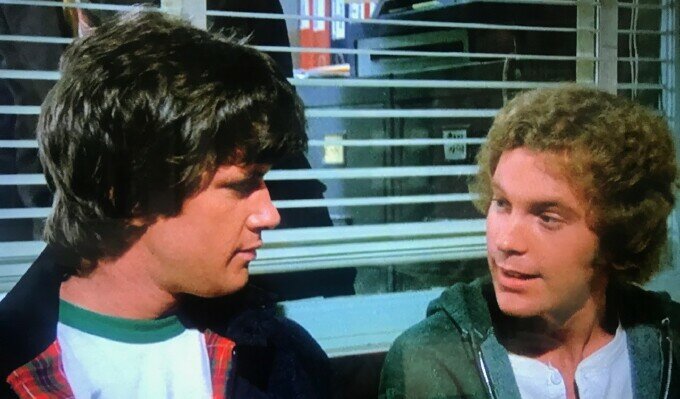 Rites of Friendship (Season 2) originally aired on December 28, 1976 and centered on son Willie (Frank, above right) being reunited with his long-time best friend Zeke Remsen (Brian Byers, above left) when Zeke takes a break from college. But the happy reunion is quickly compromised after Zeke is arrested for punching a cop in a gay bar, and Willie is forced to deal with his friend's sexuality.

"I got busted in a gay bar," Zeke says, explaining his arrest.

"Why would you want to be there?" Willie asks.

"Because I wanted to. Willie, I'm gay," Zeke replies.

Those two simple words, historically two of the hardest in the English language to utter for so many, send Willie on a spiral of outrage and disbelief. As the family considers what it is to be gay and offers Zeke support and understanding that he doesn't receive at home, Willie feels increasingly angry and betrayed. Has their entire friendship been a lie?

"I've told you everything since I was 7-years-old, and I thought you were doing the same," Willie says to Zeke, his tone a mix of hurt, anger and confusion. "Now I find you have a secret, and it's a big one. Why am I the last to find out?" 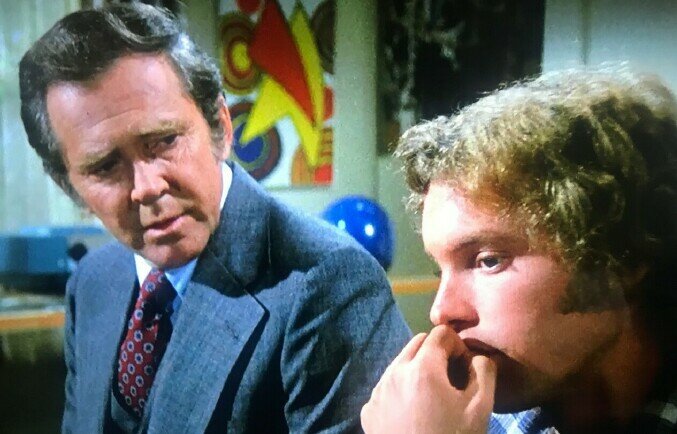 It's a familiar scenario for many in the LGBTQ+ community when they come out, and seeing it depicted so earnestly in its day (and even today) is powerful. Willie's intimate conversation about it with dad Doug, in which they both reveal past same-sex crushes, ought to be required viewing for everyone. (No spoilers here: There is no better time than Pride to hit Tubi and find it.)

One year later, on November 1, 1977, came the episode We Love You, Miss Jessup (Season 3), and with it more thoughtful insight into outing. When Buddy becomes enamored with her English teacher, Miss Jessup (Blair Brown, pictured at top, right), her interest in learning increases. No one bats an eye until it's revealed at a PTA meeting that Miss Jessup is a "devout" lesbian and more than one parent asserts that she should be relieved of her teaching duties.

The revelation splinters the Lawrences. "Homosexuality is not a criminal offense and legal grounds for dismissal," says Doug the dutiful attorney. Kate expresses concern about the influence Miss Jessup might have on their "tomboy" teenaged daughter but refuses to form an opinion before she has all the facts. Her resolve wobbles a bit when she learns that Miss Jessup was fired from a previous teaching position for having a relationship with a student.

"I was involved with a student, but she was a college student and 22-years old, I wasn't much older, and we didn't meet in school," Jessup explains to the Lawrences in her own defense, upset that her morals and abilities as a teacher are being questioned. "Until recently homosexual men and women had two constant companions, fear and shame. At that time, I lived with both, so I ran away. Now, I don't."

Sada Thompson's performance, both in Kate's comforting speech to Buddy about her burgeoning sexuality and her efforts to support Miss Jessup after she resigns, proves yet again why this series is so profoundly powerful -- and why these episodes are important pieces of LGBTQ+ television history.