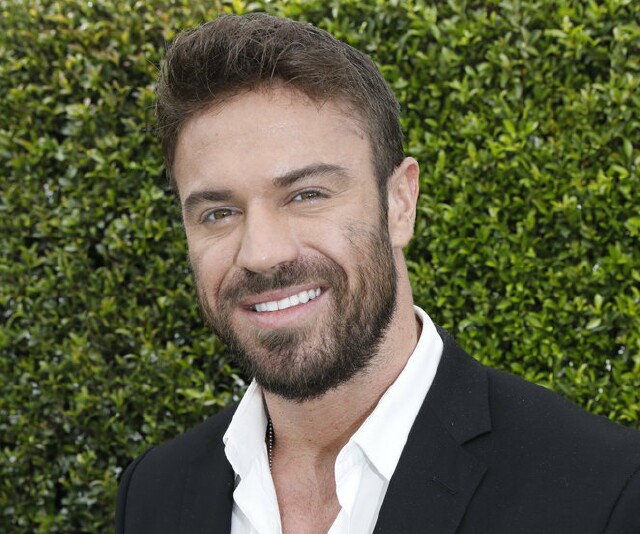 Can a veteran Bachelorette bad boy find love -- or even redemption -- on a reality show?  Chad Johnson, ABC’s notorious heartbreaker, sure hopes so, and he’s pinning his hopes on the E! series Famously Single.  In the show’s second season, Johnson is cast alongside Dancing with the Stars pro-dancer Karina Smirnoff, Tiffany “New York” Pollard, Kardashian cohort Malika Haqq, Jersey Shore’s Ronnie Ortiz-Magro, fitness model David Mcintosh, #RichKids of Beverly Hills’ Dorothy Wang and British model and reality TV personality Calum Best (who returns for a second season).  All undergo relationship counseling to find out why they’ve been so unlucky in love.  None of the other cast members come with Johnson’s baggage though: Threats of violence had him famously fired from The Bachelorette, angry outbursts got him kicked out of Bachelor in Paradise, and an infamous guest appearance on Freeform’s Ben & Lauren: Happily Ever After? also ended in disaster. (Ben Higgings and Lauren Bushnell had a lot to say about Johnson when MediaVillage.com interviewed them back in October.)

As far as Johnson was concerned, in all of these circumstances he was just playing along with the producers, being a larger than life personality.  But viewers nicknamed him "Bad Chad" and then the Internet hate campaign started.  “It was a lot,” he recently told me.  “People can be messed up online.  But I have always been somebody who doesn’t really care about what people think.  At the end of the day it’s what you think of yourself and how you treat people, so it was rough, kind of in the fact that it just gets annoying.”

The annoyance turned to actual hurt when the insults got too personal.  When Johnson’s mother passed away after a seven-year battle with liver cancer just prior to his Bachelorette debut the online reaction from fans was devastating to him.  “I had a bunch of people saying, ‘If your mom wasn’t dead, she would’ve killed herself,’” he said.  “It was bad.”

Johnson even went so far as to attempt to contact one online troll.  “I did find one guy’s name and looked him up on Facebook,” he shared.  “I found his mom and messaged her with what he’d sent me.  I never heard anything back, although I know she saw it.  I’m pretty proficient with the Internet; don’t talk trash about someone who knows how it operates and can block you.”

After dealing with the slings and arrows for several years now, Johnson decided it was time to let his guard down and reveal his true self on Famously Single.  “I’m never a mean person unless I have to be,” he explained.  “I’m friends with all of the people on this show and it’s like, ‘If you’re nice to me, I’m nice to you.’”

Johnson adds that he became a villain in the editing room of the Bachelorette.  “On the other show it never exactly showed why I was doing all the things I did,” he recalled.  “If they’d shown the reasons I was acting that way, then people would have hated a bunch of the cast.  You don’t want people hating 75% of the cast; that’s financially not in their best interests.  With the last one, everyone hates me.  It’s so weird to be hated on one show, yet be friends with everyone on this show.  I think that is interesting.”

To help turn his image around, Johnson agreed to undergo Famously Single’s group and individual counseling, all the while potentially looking for a love match amongst the cast.  In the premiere episode, it appeared that he made a connection with Smirnoff.  When pressed, he remained coy about whether that connection went further.  “Maybe, maybe,” he teased.  “You’ll see; she is cool, really cool.”

It seems that it was actually the shot at redemption in addition to the chance of finding love that drew him to this latest reality TV challenge.  “To be able to get to show a different side of myself was a great opportunity,” he said.  “I’ve never really cared what people thought, but having to explain yourself over and over and over and that you’re not insane, it gets kind of old after a while.  So it’s kind of nice.  Another thing is, now that I’ve branched off and done more things I’m not going to be constantly asked about The Bachelorette.  That does get super old.”

So are viewers seeing the new and improved Johnson?  He’d like to think so.  “Yeah, I think that people are going to like this side of me a lot more,” he said with a smile.  “This show does show other sides of me.  It’s the other side of Chad.”

Famously Single is telecast Sunday at 10 p.m. on E!