"Fear the Cheer": Why Viewers Flock to This Annual Lifetime Event 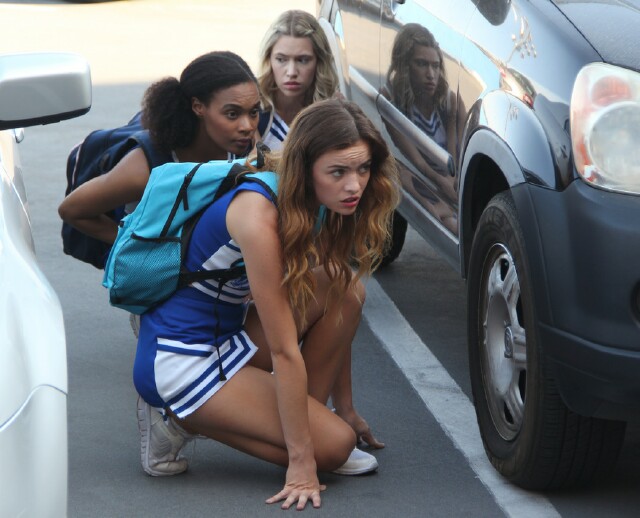 Lifetime is giving fans of their programming events something to "cheer" about. Beginning on August 28, and running through September 5, the network is presenting Fear the Cheer, its annual cheerleader-themed movie event that this year will include five premieres. Given the success of previous years, it's obvious viewers can't get enough of the stories about good girls gone bad, bad girls gone worse, and the occasional mom, or over-caring adult, losing all grip on reality. It's something Lifetime discovered years ago that their viewers relished.

"This is our third year doing the cheerleading programming stunt," said Karen Wheeler (pictured below), Director of Acquisitions for Lifetime and LMN in an exclusive interview with MediaVillage. "A couple of years before that we noticed that when we aired movies involving cheerleaders, even if [they were] a minor part of the story, having the word 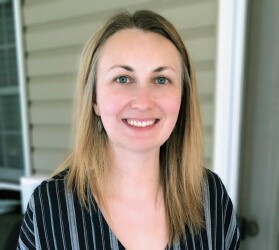 'cheerleader' in the title, or some kind of cheer-centric storyline, popped with viewers.

"One of our 2018 titles had cheerleading as a minor part of the story, and it just did bonkers," she continued. "We were like, huh? Was it the cheerleader part? So, we aired a couple of other cheerleader movies, and they did really well. I think there's a curiosity about cheerleaders; everyone has a feeling about them. They either were a cheerleader, they looked up to them in school, or they were the mean girls and they weren't so sure about them. Everyone has this curiosity of what would it be like to be those girls, and you want to see them do great things because it's a challenging sport.

"These girls are athletic and train hard," she added. "But there's also this other idea that they're the pretty, popular girls in school. Whatever people's feelings are towards that, whether they find [cheerleading] aspirational or are like, 'They can't really do that,' there's just something with cheerleaders -- and there are so many different storylines you can do with them."

Lifetime's relationship with cheerleaders dates back some 30 years to when they wisely acquired the 1994 original NBC movie Death of a Cheerleader starring Kellie Martin and Tori Spelling. In subsequent re-airings, that movie continued to draw a significant audience and became a part of the fiber of Lifetime -- so much so that when the network celebrated 30 years of Lifetime Original Movies in May of 2020, Death of a Cheerleader kicked off the event.

"We remade [that movie] in 2019," Wheeler recalled. "It's an iconic story of somebody who wants to be somebody else. I feel like that's very much in the Lifetime DNA. So, definitely a cheerleader story was perfect for that, and it is classic Tori Spelling and Kellie Martin. Throughout the years as a storyline, we've looked at the idea of somebody who wants someone else's life and what would you do to get that. It's very Lifetime."

Although Wheeler wasn't directly involved with the acquisition of the original Death of a Cheerleader (she joined Lifetime in 2016), she's pleased that her department continues to give audiences what they want. "I'm proud of the legacy of being able to find these great movies over the years and bring them to our viewers," she said. "I think the heart of what the Lifetime viewer loves is these thrillers and [often] wacky stories. We work really hard to find great ones and make sure they get to our audience."

Wheeler contributes much of the success of Lifetime's programming events to planning, along with providing a veritable buffet of titles and genres. "We look at the whole year and basically program a year at a time," she revealed. "We look at a balance and we're always looking to bring something for everyone. If you like the really inspirational stories or biopics, we have those. If you like the crazy thrillers, we have those. We have ripped-from-the-headlines true-crime, and we try to group them together. If you're looking for that, we can super-serve viewers. That's why the Fear the Cheer event is a couple of weeks long. You can tune in and get a deep dive, then right after that, we have our third Harry and Meghan movie. We hope when people think of Lifetime, they're thinking of all these different things like, 'What's Lifetime going to do with that topic?'" 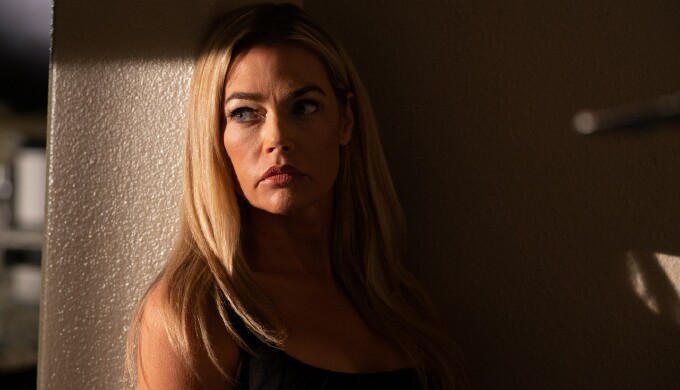 At the forefront of any Lifetime programming event is entertainment, and according to Wheeler, this year's Fear the Cheer doesn't disappoint. There's even some cross-pollination of brands, with a sprinkle of their massively popular Vivica A. Fox-led The Wrong franchise.

"We're kicking things off with Killer Cheer Mom and Pom Poms and Payback(pictured at top), which are probably two of our campier fun movies," she shared. "Denise Richards (pictured above) is great as the Killer Cheer Mom; you can tell she's having fun in the role and it's just super-fun to watch her. Then straight after that Pom Poms takes it up like 10 notches to way over the top. 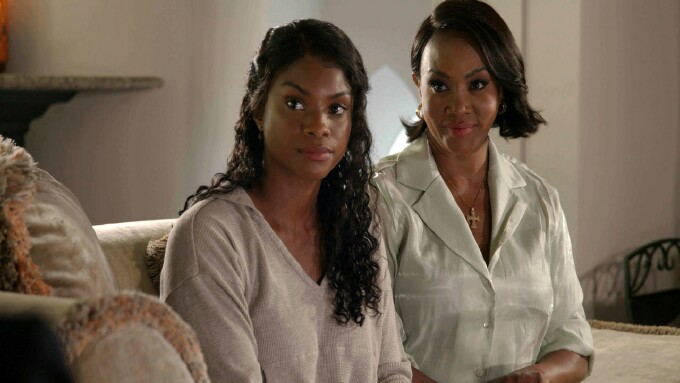 "Saturday night we have The Wrong Cheer Captain (pictured above) with Vivica A. Fox," Wheeler added. "She plays a mom whose daughter is trying to get to the bottom of what's happening on a cheer squad after her friend is found dead and thinks foul play was involved. She may or may not be right. And you know Vivica is going to say the movie's title at the end, and it will be amazing. But you will also learn a lesson, as that's what The Wrong movies are always about.

"It's a really fun way to start things off, with a variety of stories," she concluded.

Fear the Cheer kicks off Saturday, August 28 with Killer Cheer Mom at 8 p.m. and runs through September 5 on Lifetime.