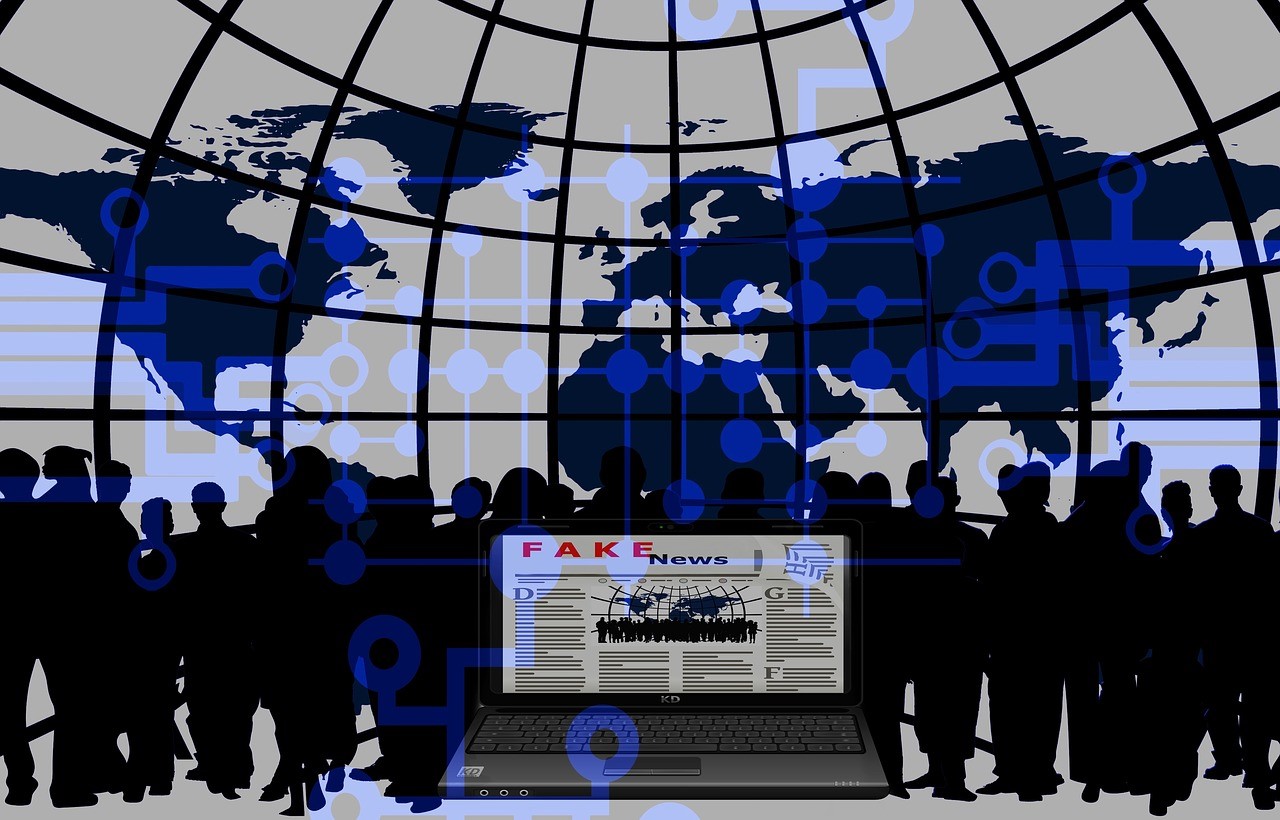 At the beginning of the summer, the American press — most notably through a CNN feature— decided that Finland was leading the way towards a future utopia free of "fake news." By now, we're all getting a sense of the drill: A pundit discovers the answer to an American public policy conundrum by invoking what people do in Scandinavia. Whether it's the much-touted Finnish education system or the Norwegian approach to prisons, the suggestion is to look to these Northern European countries to provide the light.

British journalist Michael Booth examined this growing tendency in his rather charming (and funny) 2014 book, The Almost Nearly Perfect People: Behind the Myth of the Scandinavian Utopia. Booth begins his book by retelling his surprise the day he read that Denmark was named the happiest nation on earth. He recalls gazing out into the streets below on that April morning, where people were dressed in their "arctic gear," dodging water spraying from passing buses — and, as anyone who has been to Scandinavia can tell you, not being exactly effusively friendly towards one another. He quotes a friend who, in reply to the lists proclaiming a Scandinavian near-monopoly on being happy, says, "Well, they are doing an awfully good job of hiding it."

The book, however, is not polemical and Booth calls it fair, singing the countries' praises where they deserve it, while also pointing out some of the problems lurking beneath the surface — from the high rates of household debt held by Danish citizens to the startling rates of suicide and alcoholism in Finland. Although his book was published just before the debates on "fake news" began in earnest, Booth likely would have had something to say about reports this summer that Finland had found the solution to the fake news problem.

Finland earned its distinction as a leader in eliminating fake news as the result of a concerted effort that involved the Finnish government, its education system, and an organization called Faktabaari — a fact-checking service active in evaluating the purported truthfulness of various political claims, particularly on the Internet. Finland's initiative, in which careful instructions are provided to Finns on how to identify fake news, has been playing out in both schools for children and in community centers, such as the Espoo Adult Education Centre in metro-Helsinki. This is a particularly important issue in the minds of many Finns, given the historically fraught relationship between Finland and its massive (and sometimes bellicose-prone) neighbor to the east, Russia.

Faktabaari, which was founded in 2014 and operates with a small "part-time staff working remotely from home," is looking not only to expand its presence in Finland, but also to serve as a template for similar organizations to be formed in other countries. Although technically an organization under the umbrella of a non-governmental organization, Faktabaari raised its seed round of funding from an event organized by the Finnish Ministry of Transport and Communications. This aspect of the Finnish anti-fake news campaign has not generated the extent of criticism as the efforts of France or Singapore, which have relied on anti-fake news legislation, but there is always cause for concern when bodies, particularly those with close government ties, are empowered to decide which news is true and which is not.

France and Singapore have been fielding their share of criticism this past year for trying to legislate the fake news problem away. Laws were passed in these two countries that have empowered the government to remove — or, in Singapore's case, "correct" — news whose truth they dispute. The Singaporean case has provoked the greater degree of outrage, given its historical hostility towards freedom of the press. As Peter Guest articulated in a July 2019 Atlantic article, "Other authoritarian governments could see Singapore, a developed society, as a model for similar measures, and use legitimate concerns about online misinformation to deepen control over the internet." History tells us loud and clear that introducing government censors into the news media never works out well; the risk of this happening is heightened whenever concerns arise about hostile actors, foreign or domestic, manipulating citizens.

So, back to Finland. Even though the Finnish government getting involved in evaluating truth claims makes for a slippery slope, it's worth noting, as Booth would, what Finland has spot-on. In 2015, Finland's President, Sauli Niinistö, articulated perhaps the most sensible solution to combating fake news. He urged each Finn to take it upon themselves to assume personal responsibility for deciding what news is to be believed. President Niinistö suggested that it comes down to the individual citizen to think critically about the news, which is, in my view, a much preferable alternative to relying on an app, a government campaign, or — worst of all — a law to do the thinking for them.

Increasingly, we rely on technology to think for us. In its more benign form, there is the newly implemented suggested sentence finishers in Gmail, which can be a useful time-saver. But then things get taken too far, such as with the new app Pluto, which is commoditizing thoughtfulness by reminding users to "text your brother his motivational song before his big interview" and to remember to get one's mother a birthday gift. Just as we ought to not farm out the quality of being a good sibling or considerate child to an app, we should not do the same with thinking for ourselves about news and politics.

President Niinistö is right: it's about individual accountability in thinking things through. We may not have reached a point here in the United States where we need Google to label an Onion story as "satire."

Senator Ben Sasse has argued that the American founding presupposed Guttenbergmore than any other figure because the founders expected Americans to think through politics for themselves.More than two centuries on, this is no time to relinquish that responsibility.