First the Brand, Then the Spokespeople 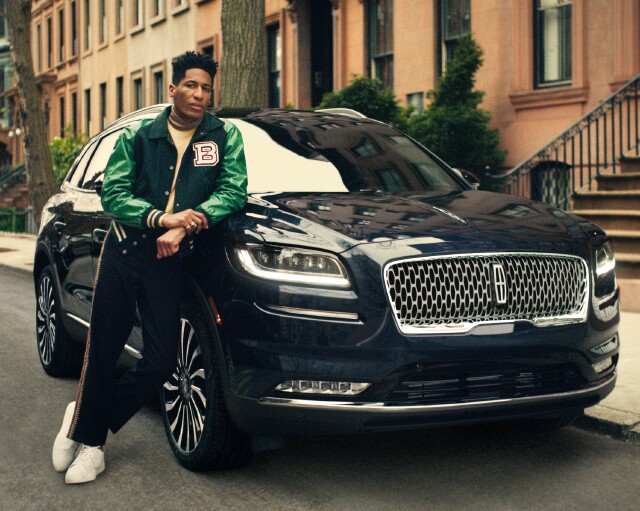 The Lincoln brand has had good luck with its product spokespeople. They gave the nod to Matthew McConaughey -- he made spots for the MKC crossover back in 2014 -- and their portentous solemnity promptly got them parodied by Conan O'Brien, Ellen DeGeneres, South Park and Saturday Night Live. Imitation is the sincerest form, after all. According to Lincoln's then-global director Matt VanDyke, the McConaughey campaign tripled Lincoln's website traffic and helped the brand hit about 10 percent market share in the fourth quarter of 2014 -- double its brand average.

What's McConaughey done for Lincoln lately? Well, he's the public face of the company's current "Power of Sanctuary" campaign, and it doesn't hurt that he just said he might run for governor of Texas and has a top-five bestselling non-fiction book. "He's the best partner we could have," said Eric Peterson, Lincoln's marketing communications manager. "Our brands are similar. We just had him on a call with our dealer partners. He talks about making things better, how to approach life, and it results in a lot of positivity toward our brand. With him we come up with unique ideas, such as the ice-fishing thing we did in Canada, on the back of the Aviator."

And now along comes Jon Batiste (pictured at top), who's as omnipresent as McConaughey. "He's very genuine, and resonates with our clientele," said Peterson.

Lincoln is a sponsor of the 63rd Grammy Awards, held March 14, and Batiste got himself nominated in two categories: New Age album and Contemporary Instrumental. During the show, Lincoln will debut a new commercial he made for the Nautilus, reinforcing the company's message that your car can have a calming influence -- that you can get out of it in a more relaxed state than when you went in. In the ad, Batiste is seen using the company's shifter, modeled after piano keys. Humming along to the car's Revel audio system, he parks, gets out and does an impromptu dance in the middle of the urban street. Fifteen and 30-second versions of the ad will be used on social, Peterson said, and the full 60-second version on Grammy night. Here's the ad:

Batiste, a New Orleans native who's also done ads for Coach and Frye, is crazy busy and visible. With and without his band with his band Stay Human, he's toured widely and recorded with everyone from Stevie Wonder to Willie Nelson, is the bandleader and music director of CBS' The Late Show with Stephen Colbert, music director of The Atlantic magazine, creative director of the National Jazz Museum in Harlem, and was co-composer on the Pixar animated film Soul, winning a Golden Globe for best original score (and also writing some of the jazzman Joe Gardner's dialogue, he told me). And he does tons of stuff for Lincoln, such as this interview in the Lincoln Listens First series (others include Serena Williams, Ne-Yo and Marsha Ambrosius).

In an interview, Batiste said of the commercial, "We can't all be together right now, and the car is a place we can feel safe. The experience of listening to music in the car can be inspiring, and that's expressed by this joyous dance in the middle of the street. The concept of sanctuary is timeless -- it's always necessary to have a place to go."

It also helps that Batiste's music is beyond genre. Just in the song he does in the commercial, he crosses several stylistic barriers, from vintage soul to contemporary R&B and the jazz that's featured on his nominated Chronology of a Dream record, live at the Village Vanguard. "I'm synthesizing a lot of different types of music," he said, "and that's also reflected in the new album I have coming out, called We Are."

So, as I said, Lincoln has had a lot of luck with its spokespeople. And its campaigns. The celebration of sanctuary actually pre-dated COVID-19. "We got there first," Peterson told me. "We were looking for a way to communicate our 'quiet flight' design language to consumers. This is back in the second half of 2019. We talked about how a luxury brand should make you feel when you go out, and we came up with feeling better than when you started." And, therefore, the car as sanctuary, celebrating the launch of the Aviator. A partnership with the Calm meditation company, giving new owners a free one-year membership, followed.

Normally, Lincoln and other car brands would invite journalists out on launches of vehicles like the Navigator, but COVID-19 prevents that. Instead, Lincoln did the next best thing -- it brought the junket home. Journalists were given a domestic dive into the sanctuary brand, with a night at the restaurant of their choice, a package including a yoga mat, candle, blanket and box of Mast chocolate. It sounds extravagant, but it was undoubtedly cheaper than flying journalists to exotic resorts.

Lincoln also created a series of commercials, to be broadcast on The Weather Channel and posted on social, that highlighted the sanctuary of the cars (Corsair, Nautilus and Aviator) in extreme cold, heat, rain and even loud noise. "The first part is with Corsair and then we'll have Nautilus and Aviator later on during the campaign flight with a different meteorologist in a different location," said a spokeswoman. "It's a fun way to tie a brand play with a media partner that nods to our campaign idea of environmental extremes."