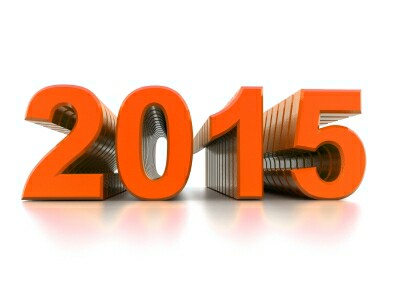 After attending a range of fascinating and provocative conferences all through 2014 and hearing what industry experts are predicting for the future of media, I have decided to jump into the fray with my own set of television predictions for 2015. Some are based on what I have heard and some are what I see happening in my own consultancy work and research.

We are an industry that, despite its advancements and cutting edge innovations, often pushes back against change. Part of this reluctance is a fear of destroying a solid business model that is forecasted five years ahead. As Richard Zackon of the CRE explained at the ARF this summer, we get stuck in “legacy systems and legacy thinking.” But change is not only inevitable, it is now almost uncontrollable. And with that recognition, companies are beginning to grasp the consequences of inaction. I believe that there will be no wholesale changes in traditional media this year but there will be more emphasis on digital cross platform development and a more standardized measurement for it so it can be better monetized.

The ability to automate portions of sales inventory is enticing for companies with excess hard-to-sell digital inventory. But what about small unmeasured-by-Nielsen networks that are challenged to quantify the performance of their inventory to facilitate sales? These media companies may see the benefit in segmenting their audiences and offering them via programmatic-like solutions. Even larger national networks can benefit from segmentation. Turner’s Howard Shimmel noted at the PeopleFronts this past year that “CPMs for W18-49 could be $10 but for heavy soup eaters it could be $50.” Local is arguably closer to TV programmatic than ever before. MAGNA’s Janice Finkel-Greene announced an application with WideOrbit a few months ago enabling “local TV programmatic on a national scale that offers the ability to buy all broadcast across the US.” I predict we will see advancements in this area in 2015 but will still be posting on age/gender proxies. Sigh.

Traditional television currently offers a range of content formats from scripted to loosely scripted to reality to unscripted. Digital content lends well to unscripted with the continued popularity of YouTube, for example. As the competition for attention continues to apply stress to the traditional television model, more effort will be directed into differentiating and branding content platforms and distinguishing traditional TV with scripted series. Bravo, E! and VH1 have all recently announced forays into scripted. Expect to see more networks doing so in 2015.

Agreeing on industry standard measurements for cross platform continues to be a heated discussion but the need to find a conclusive solution to quantify multi-screen content consumption has never been greater. We recognize that the next steps should include “creating common GRPS that are measured across media … validate impression measurement and agreeing to common ROI effectiveness measurements” according to the ARF’s Gayle Fuguitt at their conference this past year. Discussions are sure to continue through 2015.

Commercial pods as we know them will not disappear in 2015 but with the ever increasing use of DVRs, networks need to find creative ways to entice the viewer to view and engage with ads. More nuanced research using neuroscience has enabled advertisers to better pinpoint the highs and lows of second by second viewing. Greater implementation of these tools by advertisers coupled with more pod curation by the networks could ameliorate pod erosion. In addition, the ability to dynamically insert ads will move forward enabling better targeting and value to the advertiser. “That is where we are going as an industry” CBS’ David Poltrack said at the DMW Future of Television conference. “We are making our medium more effective.” Maybe starting in 2015?