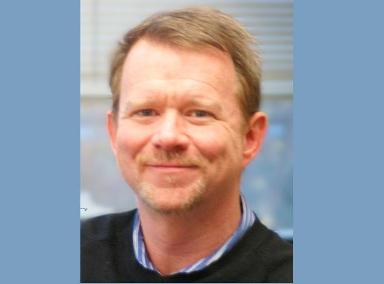 In my agency days, I was often mystified by the gap between what clients said they wanted and what they actually bought.

But after almost a decade on the client side, I know the secret. Marketers are exactly like every other kind of consumer. The things we tell you we desperately want are not always the same things we will actually buy. Here are a few things I've learned that may help explain why this is true.

On The Client Side, You Get Zero Points For Innovating In Communications

Unlike agencies, on the client side you get zero points for innovating in communications. ZERO.

There's no awards-show scorecard. There are few peer accolades for breaking new ground. Sure, it adds some sexy digital chrome to your résumé, but you'd better have the results to back it up.

At best, nobody will give a damn about your innovation. At worst, your CEO will publicly praise your initiative but privately grumble that your "innovation" diverted investment in proven tactics in favor of stuff that looks sexy on your resume but would be better spent on TV.

Minute-to-minute, mass retailers amass an extraordinary amount of data about which CPG products people are -- or are not -- buying.

Mass retailers have X amount of shelf space, and the fundamentals of the business are pretty simple: maximize the income per square foot of shelf space.

Retailers don't want their dollars tied up in inventory sitting in warehouses or back rooms, or on shelf. They need products that fly off the shelves fast. Products that don't move fast enough are anathema.

This means CPG manufacturers have to drive fast turns at mass retail, or die. If mass retail decides not to stock your product, your P&L instantly implodes. You no longer have sufficient scale to support advertising. And once your brand or line extension is dead at mass retail, you're almost always dead everywhere.

It's Hard To Justify Experiments Until You've Maxed Out TV.

I'm passionate about digital, and have been a believer since the early 1990s. But I am also a pragmatist. Great brands are built over decades, but successful brands must also drive sales today. (As the economist John Maynard Keynes pointed out, "in the long run we are all dead".)

If you need to generate a ton of awareness and sales in the near-term for a low-interest product, it's still hard to beat TV for reach, impact and scalability. So it's really hard to justify experimenting with new stuff until you've made the most of the proven stuff.

But going back to the scalability issue…

Too Much Digital Innovation Is Anti-Scale.

The dream of perfect one-to-one marketing is that we will only pay to reach the customers to whom we can make a sale to today. This has led to a proliferation of digital innovations whose goal is to eliminate all "waste" from marketing. Sounds great. Who can argue with efficiency?

But here's the problem. By definition, everything we do to narrow our audience is inherently anti-scale. The more we tighten our targeting, the fewer people we can reach. That's not a great idea if the goal is to drive a ton of people to retail today to buy.

Also, it ignores how persuasion really works. In the real world, often the first thing we do when we're considering a product or service is to ask a friend "have you ever heard of this brand?"

Uh-oh. What if your targeting is too good and your target's friend says "Never heard of it. But I do know about this other brand and it sounds good…"

Part of the role of media is to socialize ideas ("it's important to brush your teeth") and to socialize brands ("I've heard of Crest. Don't they have some ProHealth night regimen now?")

As an aside, one of the pervasive myths surrounding social media is that it is somehow "free". It's not: it's part of an overall Feedback Loop that almost always must be fed by traditional marketing efforts.

(Not all digital innovation is anti-scale. Two of the more interesting recent approaches are from Jaffer Ali's VidSense which uses video snacking to brilliantly harness FAB, and Ari Jacoby's Solve Media, which replaces captchas with ad messages. )

The mere existence of a new technology or the discovery of a new approach alone isn't enough to enable progress. Smart innovation happens when a client-side person partners with innovators on the outside. The second factor is timing: the corporate culture has to be ready to take a chance on something new and give it an opportunity to prove itself.

What's needed is a true innovation, a sense of partnership, and timing.

That's why real innovation is so rare - all of these factors need to align, and they are generally not all present at the same moment.