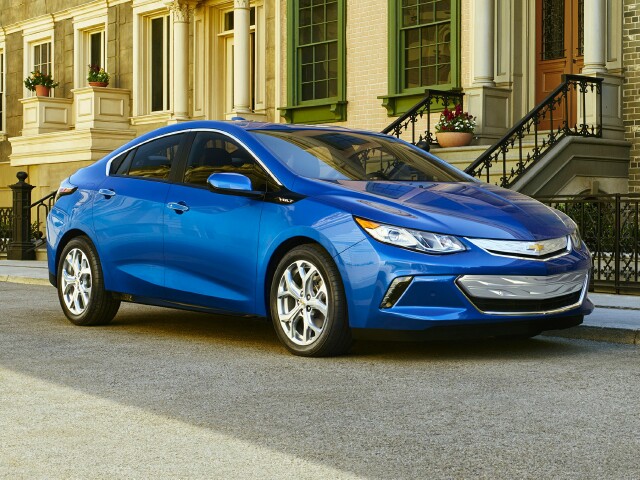 I visited my local Audi dealer and asked how many of A3 Sportback e-trons they’d sold.  “None,” I was told.  Did they have one in stock?  “No.”  There’s a disconnect here.  The A3 e-tron is a supremely confident plug-in hybrid with an appealing design halfway between hatchback and crossover.  I went to Germany and Austria for a ride-and-drive event, and the company launched it on the American market with high hopes in early 2015.  Critics loved it.  Car and Driver said the car is “a pleasing blend of hybrid and hatchback” with “cachet and power, plus an EPA-rated 83–86 MPGe.”  But it’s not selling.

In April, Audi sold just seven A3 e-trons in the U.S.  Yes, just seven nationally, and only 437 for the year to date through May.  Arguably, the model has been superseded by the Audi e-tron, an all-electric SUV.  And maybe it’s too expensive at $40,500, but there’s a federal income tax rebate and also some state incentives.  But the car, which has already been canceled in Europe, should have fared better.  I argue that it’s symptomatic of the blasé attitude of dealers toward the sale of electric vehicles, which translates into (among many other things) a failure to advertise or promote them adequately.

Here are five reasons EVs lose out on the showroom floor.

Not in stock. The Sierra Club is currently updating its 2016 “Rev Up” report on electric vehicles, which sent 174 club volunteers into dealers for 13 automakers in all ten states that have Zero Emission Vehicle mandates (encouraging electric car sales).  What it found was disappointing.  More than one in five Ford and Chevrolet dealers had no charged EV for test drives.  Only about half adequately explained how EVs are charged and a third mentioned the readily available tax credits.

“Nearly half the time, EVs were not displayed prominently and the plug-in cars were often hard to find on a dealership lot,” the report said.  Even if the cars were there, the undercover volunteers asking for a test drive were often told they weren’t charged -- and steered toward gas-powered alternatives.

This is not an isolated study.  In 2014, Consumer Reports looked at the same question and determined that 50 out of 85 dealerships bad-mouthed EVs or tried to talk prospective purchasers into gas or diesel models instead.  Much of the information they gave out was incorrect.  It’s even true in China, reports McKinsey and Company.

No mention of incentives.  Battery electric cars are, for the most part, eligible for $7,500 federal income tax credits.  (Exceptions are automakers, such as Tesla, which have reached a 200,000-vehicle sales quota.)  Inexperienced salespeople frequently fail to mention the incentives.  There are state rebates that help with purchasing an in-garage charger, and the cars, too; Connecticut offers up to $5,000 for hydrogen and battery EV purchases.  “Many volunteers told us that salespeople they spoke with neglected to inform them of state and federal incentives that could lower the cost of an EV,” the Sierra Club said.  It’s important because the purchase price of most EVs without subsidies is high.

Conflict of interest.  It’s ironic, but an accurate and objective evaluation of why an EV is a good buy for many consumers has to acknowledge the shortcomings of most of the big, lumbering SUVs on the average lot.  They cost a lot more to run than EVs, which hit the highway for pennies per mile.  This bias was obvious to Utah buyer Chelsea Dell, who told the New York Times that she couldn’t see the Chevrolet Volt (pictured at top) she requested because “the car had not been washed.”  She was steered into a Sonic instead and had to demand to see the manager to prevail and get the Volt she wanted.  “The thing I was baffled at was that the Volt was a lot more expensive,” Dell said.

Lack of knowledge.  According to Consumer Reports, “Overall, many dealership salespeople were not as knowledgeable about electric cars as you might expect.  While we discovered several very knowledgeable salespeople at some dealerships, few provided accurate and specific answers about battery life and battery warranties.  Many also didn’t seem to recognize that, for people who intend to go with an electric car, the reasons for leasing are broader than for ordinary cars, including that you don’t have to wait until tax time to receive a generous tax incentive.”

Obviously, it’s up to dealers -- and the automakers that can produce training aids -- to educate their salespeople about the electric cars they’re selling.  But the fact is that isn’t happening enough.  One outfit trying to remedy that (in the face of a leadership vacuum) is PlugStar, an educational division of the California-based EV advocacy group Plug in America.  The program started in California and then spread to the Greater Boston area.  A hundred dealers had received training by the beginning of 2019.

Hieu Le, Washington-based campaign representative for the Sierra Club’s Clean Transportation for All program, concludes, “Giving people the right information about EVs is a critical factor in how successfully they’re sold at dealerships.  Unfortunately, salespeople haven’t even been offered the training to explain battery range, charging and life-time cost-savings.”

Service bias.  According to Eric Evarts, Editor of GreenCarReports, “Dealers make most of their money on service, which electric cars need less of, so they have a built-in incentive to sell more gas cars.  Their entrenched practices and business model become their own discouragement to sales.”  Evarts is right: According to the National Automobile Dealers Association (NADA), by the end of 2018 service was half a dealer’s gross profits when parts and the body shop are included.  Did you think they made their money selling cars?  Profits are much on the mind of the managers who run dealerships and they want to see anything they sell come back quickly to visit the service bays.  In many cases, those mechanics haven’t been trained to work on electric cars.

On a visit to Hawaii a few years ago, I heard a spectacular story about dealer waywardness when it comes to electric cars.  Though there was an active electric car owners’ group on the Big Island, the local Nissan dealer refused to stock the Leaf EV, forcing buyers to get them on Maui -- and bring them back there for service.  Despite this hassle, Big Island buyers scooped up 60 Leafs by 2013.  “The way we see it, our dealer walked away from $1 million in revenue,” the Founder of the Big Island EV Association, Doug Teeple, told me.

Crazy, but true.  He added that EV buyers have to be intrepid these days.  “Consumers may have to travel or place an order in a different state, which is an inconvenience that drives up costs and may deter their purchase,” he said.