"Flowers In the Attic: The Origin" Star Luke Fetherston on the Importance of On-Screen Representation 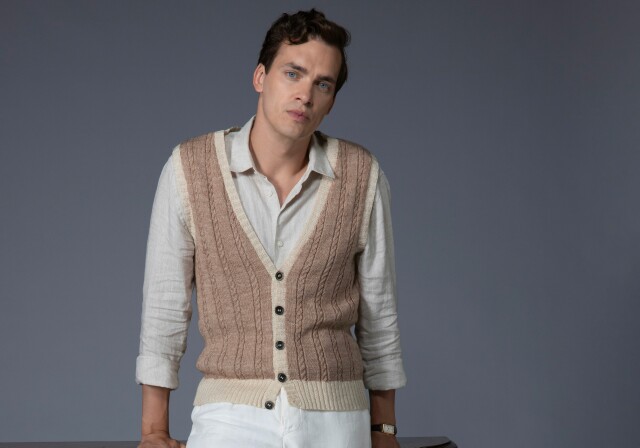 The plot continues to thicken in the third episode of Lifetime's Flowers In the Attic: The Origin. (to be telecast this weekend). As things at Foxworth Manor continue to unravel, this installment highlights the burgeoning, and forbidden, relationship between Joel Foxworth (Luke Fetherston) and mechanic Harry (Jordan Peters, pictured below with Fetherston). It's a relationship that was expanded upon for the mini-series and not explored as deeply in the source material, much to Fetherston's delight. "During the casting process, I was able to read all four of the film scripts," he shared during an exclusive interview with MediaVillage. "[They] obviously covered Joel's and Harry's arc, so early on I started thinking about what I wanted to do with [Joel] and what I thought I could bring to him. It was really exciting as one of the best parts of our job is reading new material, and I totally fell in love with this and really wanted this role.

"I obviously knew of V.C. Andrews and studied some of her stuff in school," he continued. "But I hadn't read them all and I chose not to before filming. I just didn't want to know. Much of our story of Joel isn't in the book. That was my main reason for not reading them. I know some of the other actors did, but there were a few of us that chose not to." 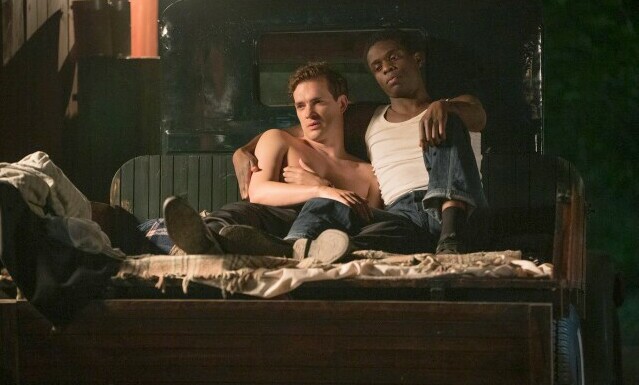 Not lost on Fetherston was the importance of his storyline and the on-screen depiction of an interracial gay relationship in the mid-1900s. "The list of things we highlight [in the series] goes on," he said. "Everything from homophobia, the oppression of women, equality and racism. It was all so evident to me. I didn't really have to think too much about it as it all still sounds very current, which is slightly depressing.

"But the thing that was so beautiful for me with the interracial relationship, was there was no friction with Joel," he added. "There was no desperate attempt to hide anything, and in my eyes he is comfortable with who he is. Sure, he's secretive, but that doesn't mean he's battling some sort of crazy internal dialogue. In my opinion, he doesn't. That's what I found most beautiful about his and Harry's relationship. The fact it was just so authentic.

"That's a credit to our writers," he continued. "It felt like a very accurate representation of a gay storyline and one that I hadn't read prior to this. I know gay characters, and I know the way they're going to be written. So, this was a breath of fresh air and something that I could relate to very easily, which is why I wanted the role so badly." 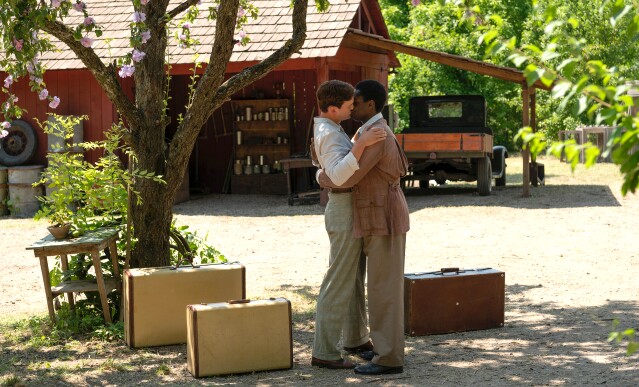 The actor couldn't help but find some parallels to his character, especially when it came to being his authentic self. Reflecting on a time he was advised to not come out made the importance of on-screen representation and inclusion all the more personal. "I think reading such a beautiful relationship, I felt I could do it justice," he shared. "I felt I'd be authentic in the role, so I felt I had to talk about that. I think I did in my pullbacks about representation, but as I've said before, no one should have to scream and shout about their private business, and I would never expect anyone to have to. But if you are happy to, it only helps younger generations -- and I believe that's important.

"That's another thing," he reflected. "We have gay relationships in TV and film, and they're usually dramatic. [They] often revolve around sexuality and sex and swing very far one way. So, it was very nice to read a very traditional relationship, especially in a piece where most of the relationships aren't."

The discovery of Joel's sexuality by Foxworth patriarch Malcolm (Max Irons) isn't met with quite the same opinion. After insisting Joel get treatment for his "disorder," Fetherston had to film scenes of early conversion therapy methods, including barbaric electro-shock treatment. "That was hard to get my head around," he admitted. "In my research, that was an eye opener -- just in understanding what people were put through. Yeah, it was a lot. Building up to that sequence, I put myself into a place to prepare myself for it. And the build-up was more traumatic than the post. But through the role, I learned what people went through and it reminded me of lucky I am to live the free life I do."

Fetherston feels blessed to have had a wonderful scene partner in his co-star Jordan Peters, who was also totally vested in his role. "Jordan is such a great guy," he said. "Always smiling, and so committed to our story. Our first scene was the moment we first kiss. We had a lovely intimacy coordinator to help with the choreography of the intimate moments, but we were both still anxious.

"I didn't think we needed to do it a million times," he added in closing. "So I said, 'Let's make it a one-take wonder,' which I think it was. From then on, the ice was broken, and we felt very comfortable around each other, which was great."

Flowers In the Attic: The Origin continues Saturday at 8 p.m. on Lifetime.