Focus Groups Are Good For You - Walter Sabo 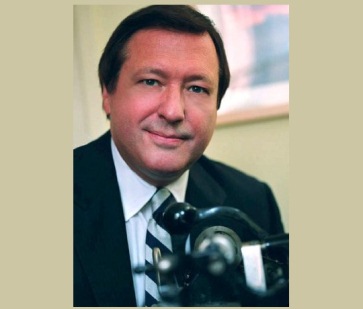 The vast array of apps, digital retail tools and Metrics R Us companies have made focus groups seem, well, quaint.

Focus groups should always be part of the research mix because they deliver one very important value: Humility.

There is nothing quite as powerful as a group of designer wearing, bottle water drinkin, Fresh Air listening ad execs coming almost face to face with their "Target consumer."

Across the mirror are the people ad agency execs would not have at their home. Instead they meet the people who pay for their home. It's important to see and hear what the customer cares about. Bottom line: They don't care about the product being discussed. At least they don't care about it to the "granular level" prayed for by the client. AND THAT is the key finding of all focus groups. "Care level" way down.

You will also hear these hits:

"I can't remember the slogan"

"I love watching The Big Bang Theory on NBC."

Usually the questions are posed assuming knowledge with little consideration of "admission ego." What will people admit to?

For example, for years in radio station focus groups, the listeners were asked,

"Most people have entered radio station contests, have you?"

80% said "yes," across all demos. They were enthusiastic about their participation in the contest, they remembered the station, who was on the air and THEY STILL HAD THE PRIZE. Sometimes decades later, they still had the prize.

I've seen many managers pass out when they realized how little the public knew of their product. One practically assaulted the organizer and demanded that they recruit "real customers..."

The practical application of focus groups is harvesting the language used but customers for the product. Those phrases and descriptive words can be placed in advertising copy.

The most successful FM station in the world that airs talk programming was handed its positioning statement from a forklift operator. NEW JERSEY 101.5 has over 1,000,000 listeners and has been the dominant station in the State for over 20 years.

An early focus group included a fork lift operator. When asked what could be changed to improve the station? The forklift operator said,

"Don't change nothin' we finally got our own radio station."

For the past 20 years once an hour the station slogan proclaims, "Our own radio station, not New York, Not Philadelphia proud to be New Jersey 101.5" That's the positioning that made the station famous. It came directly from a focus group. A forklift operator, not some clown in skinny black jeans and a fondness for artisinal food.

Focus groups are essential for hearing the language customers use to describe your product.