For “Bachelor” Nick Viall It’s All About “The Experience,” Not “The Journey” 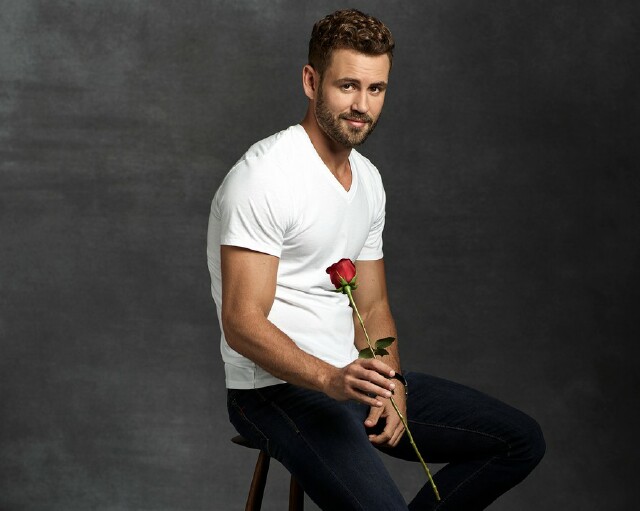 Nick Viall is hoping a fourth chance at love might be the charm.  He has a long association with ABC's hugely successful matchmaking franchises, having appeared on two seasons of The Bachelorette and one of the spin-off summertime love-fest Bachelor in Paradisebefore becoming the main man this season on The Bachelor.

While avid members of Bachelor Nation are quite familiar with the term “the journey” (something everyone who has appeared in the expansive franchise wears like a badge of honor), Viall, 36, has evaluated and rejected the long-touted reason participants often cite for doing the show, opting instead to make this season about “the experience.”

“I think every opportunity you have is an opportunity to learn something,” he told me during ABC’s talent mixer at the Winter 2017 Television Critics Association tour. “Whether it’s a good or bad experience you learn something -- hopefully.”

Viall was quick to add that despite whatever “experience” he gained on his previous excursions into Bachelortown, he entered this season the same person he’s always been. “I’ve done this so many times I don’t know if I’ve learned anything new [this time],” he admitted. “Situations have a history of repeating themselves, and when you experience something there are always takeaways from that. Being on The Bachelor or The Bachelorette or Paradise there are always takeaways, but I am the same person and I hope I’ve learned things along the way.”

On the surface one thing Viall appears not to have learned from his previous The Bachelorette outings is how to avoid confrontation. He recently incited a furor among the women currently vying for his affections when he included this season’s resident villain Corrine on a group date.

Viall told me there was method to his apparent madness. “I was fully aware some of the women would not be happy with my decision,” he admitted.  “I was also okay with that. I think being the Bachelor you are limited in the [dates] you can go on to get to know these women.  Every situation is an opportunity to get to know someone.”

According to Viall he hoped the dicey decision to include Corrine would open a line of dialogue and communication among the women vying for his affection -- something he believes to be paramount in any relationship.

“You can learn so much about someone in situations where things don’t go their way,” he continued. “How do they handle those? Communication? With all the relationships you have [sooner or later] you are going to frustrate the person you are with, so how do they communicate or voice their frustrations?”

For Viall the questions keep coming. “Were the women talking behind my back?  Were they coming to me directly to communicate?  Knowing it could have potentially frustrated them, that’s not [fully] why I gave Corrine the rose, but there was potential fallout and I was okay with letting that happen.”

While Viall understands the frustrations viewers may have with some of the decisions he makes on the show, he wants them to keep this in mind: “It’s a TV show!  While they are on it it’s their life, albeit a weird and interesting one and there are real emotions and people are having real reactions and no one is perfect.

“Take Corrine for example,” he continued. “People criticize her choices, but at the same time she’s someone who put herself out there and has taken risks. We all make mistakes and learn from them. We have all had our moments in life when we’ve gone out of our comfort zone and then reflected and thought, ‘Maybe I will do that again, or maybe I won’t.’  It’s important to remember with the people on the show that it’s not scripted or acted. It’s our real lives and the emotions you see are real.”

For now Viall isn’t saying if he found “The One,” but one thing’s for sure -- he looks happy.  “I’m always happy,” he said with a smile.

The Bachelor is telecast Mondays at 8 p.m. on ABC.