For Verizon, It's Already a 5G TV World 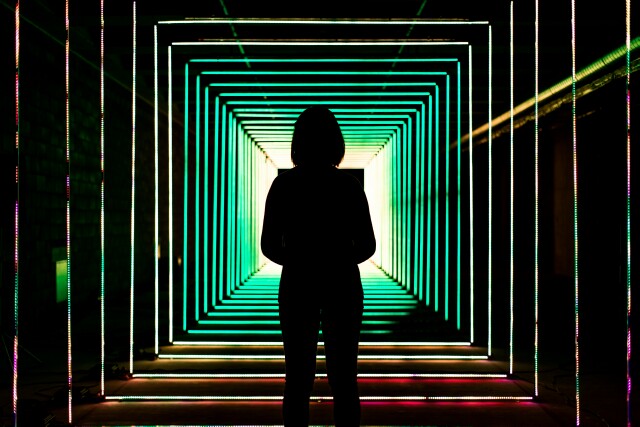 As Verizon deploys 5G, or fifth-generation cellular network technology, in city after city this year (16 at last count, most recently portions of New York), Joshua Ness, senior manager of Verizon’s 5G Lab in the New York metro area, views television households as major beneficiaries of these deployments, alongside smartphone users.  Accordingly, Ness and his colleagues at similar facilities in Los Angeles, San Francisco, Washington, D.C. and Cambridge, Massachusetts (outside Boston) are holding demonstrations and debriefing sessions with representatives from various industries, including TV and entertainment.  “They want to know how 5G impacts how they run their operations, and how they will go on to serve their customers,” Ness tells MediaVillage.  “As consumers get access to 5G experiences, it will be incumbent upon service providers and content creators to produce the type of content people will expect.”

Ness (pictured below) recently served as a featured speaker at the annual NYC Media Lab Summit, which took place several weeks ago at the Metrotech complex in downtown Brooklyn.  More than 1,000 people attended the event, with Ness discussing 5G implications before a packed audience.

When it comes to the population of households now watching billions of hours of content and applications through smart TV sets and TV-connected devices (estimated to be between 75 and 80 percent of all U.S. households by Nielsen and other research agencies), their access to 5G-powered 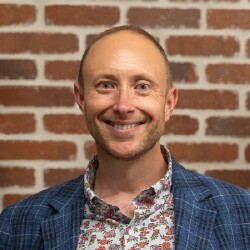 experiences may arrive sooner than later.  Sharp, one of the first smart TV set makers, expects to re-enter the U.S. market by the end of the year (after several years away) with a model incorporating 5G capability, and many other smart TV product suppliers have similar plans.  5G is compatible with Internet Protocol technology and is expected to be a feature of ATSC 3.0 service launches across the nation by TV station groups next year.

Ness believes 5G is a natural progression to more advanced TV services and applications, because the technology operates with lower latency, drastically higher downloading activity and a network handling up to a million connections per square kilometer.  “Having a TV connected to 5G opens up a wide range of possibilities, not the least of which is to be connected into several types of viewer experiences without [updating software, set-top boxes or plug-ins] and to have experiences we can’t even think of yet,” he says.

Video game services such as the recently launched Apple Arcade and Google’s upcoming Stadia, where players maneuver the action by voice, a controller or both -- without requiring a console such as PlayStation or Xbox -- represent one of the first encounters of 5G TV.  “It allows for both the storage (of games) and the computing to be taken offline, so that the game itself and the interactions can be streamed with latency below five milliseconds,” Ness says.  “This will make it indistinguishable from the console experience.  You’ll start seeing the ability to stream higher and higher quality games … allowing for a wider variety of game play and different types of game play,” especially when the games utilize both 5G and cloud computing.

The launch of Food Network Kitchen later this month, giving subscribers the ability to participate in live interactive cooking classes, call up individual TV programs or recipes, or order kitchen utensils and ingredients via TV for home delivery, could later benefit from 5G, Ness explains.  “You’re not only watching and responding to that cooking show.  You might get a pre-show experience, where you’re in a (virtual) grocery store to begin with, and you pick out what those ingredients are, drop them into a virtual shopping cart, then have those items delivered to you same-day.”

Ness anticipates a variety of interactive TV projects springing up as 5G gets ingrained with the majority of smart TV set and device owners.  At Verizon Media’s Digital Content NewFront event this past spring in New York, the most unique sequence originated from the company’s Los Angeles 5G lab.  Using someone in a body suit, moving around a studio with motion-capture capabilities, an animated character was generated live, witnessed by the NewFront audience.

“Kids can engage with that character, and the character responds back in real-time,” Ness says.  Cartoons produced live is one example of the non-linear content 5G can handle and transmit to viewers. “Shows likeSurvivor or The Amazing Race could have an audience participation component to them that influences the outcome of the shows.  You could mix viewer votes with a choose-your-own-adventure model where the audience actually participates in the outcome.”

Several of Verizon’s debrief sessions have led to joint ventures with individual companies for content creation and prototypes for test purposes.  Ness did not identify the companies involved, or whether any TV hardware or content producers are getting debriefs.

Where the content players ultimately go with 5G TV, advertisers will follow.  “There’s a lot of opportunity for brands to step in with sponsorship experiences,” Ness notes.  “They will dive right in with the content creators.”