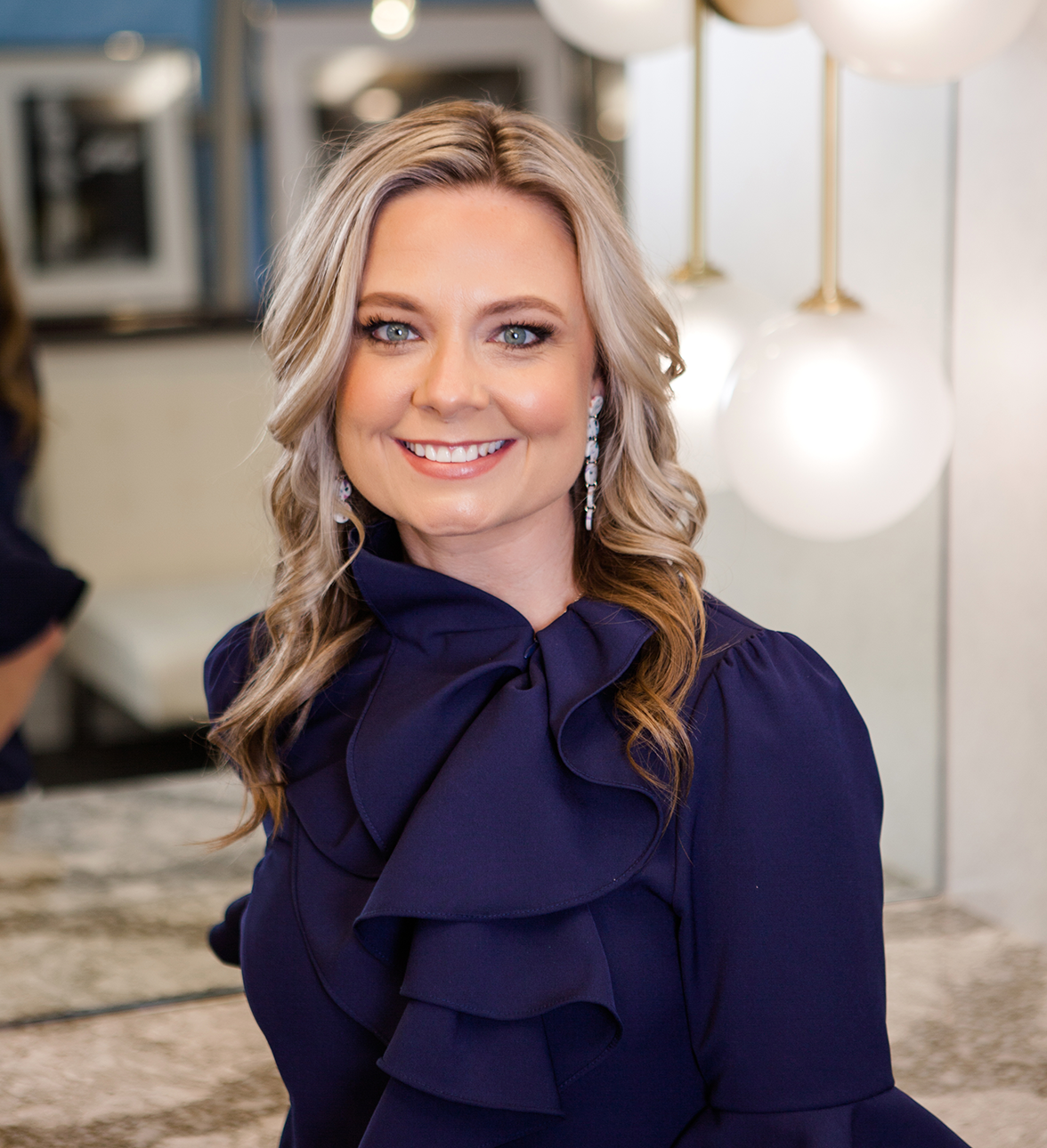 On May 18, Ford reopened 24 North American plants that had been closed by the wide reach of COVID-19. In talking about the restart, Ford Chief Operating Officer Jim Farley cited "several weeks of nonstop work—a lot of thought went into it." He cited the company's 188,000 employees, 78 plants (including joint ventures), and 11 engineering centers. "Automotive is six percent of U.S. GDP," he said. "Ford produced 5.4 million vehicles globally in 2019."

The restart shifts Lisa Schoder into overdrive. She is Ford's head of U.S. media, digital optimization, and growth audience marketing, having joined the company in 1999 as a vehicle development engineer (she has a master's degree in automotive engineering, in addition to an MBA). Schoder pivoted to marketing in 2010, when she became product marketing manager for the Ford Escape.

Earlier this month, Schoder talked to Jack Myers, MediaVillage chairman, and to me, the site's auto marketing columnist, about the issues involved in getting Ford moving again. What follows are excerpts from that conversation.

Jack Myers: I'm impressed by seeing your engineering background. And in fact, your first 11 years at Ford were serving in the engineering department. You were also U.S. brand manager for the Ford Focus (2011-2012), and then moved into advertising. So why the shift from engineering and brand management into media, of all things?

Lisa Schoder: I think the easiest way to answer that is that I'm restless and I like to learn and grow and do different things. The long answer, though, is that over the course of my career, just like anyone else, I had exposure to the different parts of the business. For me, it really comes down to having a natural curiosity about learning. It's just a matter of finding new ways to contribute to the company and at the same time learn and grow and develop as a professional.

Myers: Jim Hackett, your CEO, comes from Steelcase with a background of real innovation, and he said a while ago that he likes to think about things in the context of what's right now, what's the near future and what's the far future. And that far future is mobility in the city of tomorrow. So I'll start out by asking you about your priorities right now. What's on your desk as you look down; what's most important?

Schoder: There's a lot of different scenario planning going on. So in the last two months we've pivoted messaging, and we've shifted media. We need to make sure we're capturing the demand that is in the marketplace, in an environment where people are not leaving their homes. It's obviously not just us. The media landscape is, in some cases, on pause. So we're having a lot of meetings, a lot of conversations with partners. I'm having conversations with my peers and other companies with respect to decisions that need to be made and the timing for those decisions.

Myers: There's been a lot of talk initially that the TV Upfronts would be delayed, then they were all canceled. They're looking at how to do them virtually. What's your sense from your media partners about the status of the whole Upfront marketplace?

Schoder: We've set up one-on-one conversations with all of the networks and just talked through the state of the business. We can't do any kind of negotiations or transactions right now; it's just not possible. Certainly from, from my perspective at Ford, there's tons of uncertainty with respect to the second half of the year. The fundamental fact is we don't even really know our budgets or what we would be buying. Studios are shut down, and sports is a big TBD.

Our partners have been completely open and transparent in that regard as well. And basically the line has been, you know, we will be ready when you are. And I think that's the appropriate way to address it.

Once upon a time, when vehicles were always released in the fall, the auto industry and the networks said, hey, it makes sense if we just line everything up. And that still exists, that timing and that practice. But, as we know, vehicles are released all through the year. It's no longer tied to a certain month, quarter, or season. I think the most prudent thing to think about is that the timing can't happen right now; it's going to have to be delayed.

Jim Motavalli:In the last few months, we've seen automakers do virtual rollouts of new models. As Lisa points out, new model introductions are no longer just done in the fall. And a number of automakers have cars that are ready to go and they want people to see them. So they've been using tools like Zoom—just as we are doing right now—and getting the message out that way.

And from a journalist's point of view, that online approach is pretty effective. I get all the statistics and good quotes from the executives, photographs and video. The one thing I don't get is a chance to drive the car. Generally, we travel to exotic places for the reveals. It's quite a lot of fun and it's good for the readers, because they see the cars on the road. But these are the cards we've been dealt, and press travel isn't going to happen. Meanwhile, an interesting thing that I've been tracking is that people are very much looking to buy cars right now. There's a lot of pent-up demand, and searches are up with phrases like "buying a new car."

So, Lisa, I'm curious about how a company like Ford tracks demand. If you look back at history, you also see spikes in demand, such as at the end of World War II and the resumption of automobile production.

Schoder: To your point, we're worth paying close attention to those indicators. Obviously, if someone searches for something, it's pretty clear what their intentions are. So we look at those trends to see how they compare to what we normally see, or what we saw a month ago, or a year ago.

When you distill it down you see different effects across the country. For instance, there's different shelter-in-place policies in place across states, and so we look at that as well. There are areas of the country that are operating completely normally. And then there's other areas where everyone's staying home and there's lots of stress and economic uncertainty. We're using search as a key indicator of what's on people's minds. We're looking closely at it.

Myers: So there's a natural segue from your point about the country opening up in a piecemeal kind of way, and the impact that has on your media plan—refocusing away from national media and onto more regional dealer group and individual dealers.

Schoder: I'm always looking for the ability to have flexibility and to tailor our media against our most valuable audience. Because, at the end of the day, not everybody is going to buy a new vehicle, even once in their lifetimes. So first of all, we want to make sure that we're doing everything we can to convert the existing demand. But also generate demand among those folks who might never buy a vehicle. We want to make sure we're getting scale with those high-value audiences.

Myers: Only a third of Americans buy a new car in their lifetimes. It's amazing. So you're narrowing the scope to begin with, to a third of the people, and you're targeting them and then building out the top of the funnel from there.

Schoder: When you get into more addressable channels and targeted media, you have the opportunity to have different focuses and different messages. It all relates to how we choreograph it, coordinating local media and what we advertise at the national level and with our dealer advertising groups.

When you can unlock the power of premium content with addressability, there's true power there—having the two together. It's incredibly powerful because advertisers are always looking for places to be adjacent with context and brand safety. There's study upon study that shows, context matters—when you have great advertisement that shows women and girls in a positive manner adjacent to content that also does that same thing, you see the lift.

Myers: Just before the crisis we completed a study with 100 advertising executives who are very involved in the media process that affirms what you're saying. Say more about brand safety. There's even now a debate going on about brand-safe environments with some of the digital sites.

Schoder: This has been on my priority list for several years now. And I want to ensure that Ford is among the leaders in terms of brand safety. Some of it is content—are we adjacent to content that is aligned with our brand and brand values? We don't want to be adjacent to any negative content. We use content scrapers and keyword blocking, as well as operating in white list environments. That gives me lists of the people that I trust. That way, someone has to earn their way onto the white list, versus me constantly trying to find the bad guys who are always going to be popping up.

I want to make sure that all of our controls are in the pre-bid situation. I don't want to get money back. I don't even want to spend the money to begin with if it's not an area that is brand safe. We want to be assured we're not spending money on fraudulent impressions. With respect to digital, I think what I call the next frontier for fraud is in the connected TV space. Criminals are seeing an economic opportunity.

I received a report that was incredibly interesting from Pinterest. It showed how people's behavior on the platform has changed in a shelter-in-place environment. There's a lot of recipes—everybody's baking bread. That's what you see when everybody's staying at home with the kids. How do you occupy them?

People are also planning vacations, and that's incredibly insightful to me because we can see what the data is telling us. Sure, there's leading indicators and web traffic and things like that, but the Pinterest data unlocks what people are actually thinking about, even if they're not saying it.

Jim, you mentioned how automakers have to think differently about product reveals. Lifting the cover off a vehicle at the Detroit Auto Show, that's no longer happening. So how might we think about a really different way to think about presenting our cars and trucks?

Motavalli: People see their cars as kind of a sanctuary right now. And this is really impacted on how people view various kinds of transportation. They feel safe in private cars but not in ride hailing or public transit. That's specifically something I would think you could play into. That thinking is very prevalent right now.

Schoder: I agree, Jim. In fact, I was speaking with one of our partners in Manhattan just the other day and she said many of her team members are talking about really wanting to buy a car. There's the sanctuary thing, and there's a certain element of "stranger danger." There are uncertainties with respect to travel. And maybe that harkens back to the great American road trip—people may want to get in their cars for vacations and travel, versus hopping on a plane and going to a faraway land.

Myers: Lincoln actually has been building a campaign around cars as sanctuaries. That's playing right into a strength.