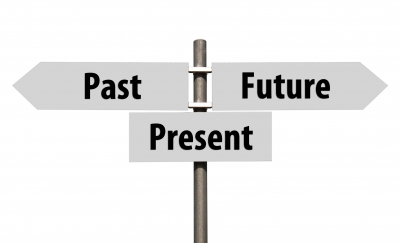 This is the third and final column that looks back at the forecasts I have made relative to things that might happen through 2013. As pointed out in the first two columns, the real purpose is to analyze why forecasts were correct and if not why not and what this might mean looking forward.

As stated in the first column:

“..most people, and certainly people who lead institutions and companies, are interested in what will happen six months to five years out as that is what is their primary focus of leadership. What might happen in 2030 or 2040, while interesting, is more futurist ‘locker room talk’ than valid and usable forecasts. In addition the speed of change has accelerated so much and the major variables ahead are so great that to forecast about anything past 2020 is at best educated speculation rather than probable trend forecasting.”

CEOs have consistently told me they appreciate my focus – and accuracy - on six months to five years out for forecasts as that is their focus relative to the companies they lead.

Almost all of my forecasts about specifics are on the forecast page of my web site .

There is and will be a new “less is more” trend in the U.S. and the developed countries of the world. Consumers have separated “want” from “need” and will even postpone the purchase of what is “needed.” Consumers will save more, pay down debt and spend less. This trend will last for several years.

This was definitely an accurate forecast. The phrase I used in speeches was “thrift is the new cool.” This was the reason that economists who kept saying that the consumer would bring countries out of recession kept missing their forecasts. The consumer habits in the developed countries of the world were profoundly changed by the Great Recession. The second half of 2013 altered this forecast slightly as the top wealthy percentages of the population began to spend more due to the rapid run-up of stock markets around the world. Still, I believe that for years to come, particularly with the Millennial generation, thrift will remain cool. This is why “Sales” are much more prevalent in retail.

Developed countries of the world will increasingly move from an ownership to a rental society this decade.

While this is a decade-long forecast, it has proven to be accurate to date. The first in a lifetime global collapse of the residential real estate market broke the belief that real estate would reliably always go up in value. In addition, there was the group of rental businesses such as Zip Car, airbnb, and the development of subscription models across all types of content. Purchase models are now being challenged by rental or subscription models. Again, this will continue more profoundly with the Millennial generation whose early adulthood has been shaped by the real estate collapse and Great Recession.

Due to a historic shift in the workplace, the employment rate will remain above 8% through 2012.

I was slightly off on this one as the rate dropped to 7.7% by the end of 2012, which was still higher than the federal government and many economists had forecast. Again the government measurement of unemployment uses out of date metrics from the Industrial Age. Many people are technically unemployed by these dated measurements, but are surviving and thriving as independent contractors.

Tablet computers and powerful mobile devices will surpass PC sales in 2012 and PC and laptops by 2014.

The first part of this forecast was accurate. The second part looks like it will be accurate. One reason of course is that people buy a new smartphone every couple of years but purchase laptops less frequently. We are in the post PC era. The PC has now moved to the larger basic office hardware category that includes copier and fax machines. Mobile computing is in ascendancy.

The consumerization of technology will continue to increase and transform society.

Totally accurate. The cutting edge of technology is now in the hand of the consumer not the institution. As in, now there is an app for that.

There will be a significant economic hiccup in China in the next 12 months.

Generally accurate. While there was not one single hiccup, there were several: wide swings in interest rates, the short term issues of moving from a production/export economy to a consumer economy and disruption in the real estate market. The 20-year long explosive growth of the China economy, largely led by central communist planning is meeting the reality of the marketplace economy it has created as a result.

A small ball forecast. At the time of the forecast the number the Obama administration was seeking was $250,000, which I knew would be raised. It was, to $450,000, so I was not too far off. I made this forecast because many CEOs and business owners in the higher income brackets were talking about this relative to tax management.

In future columns I will look at the forecasts I have made about what might happen looking forward beyond 2014.

[ This column was first published in the Shift Age Newsletter #27.]