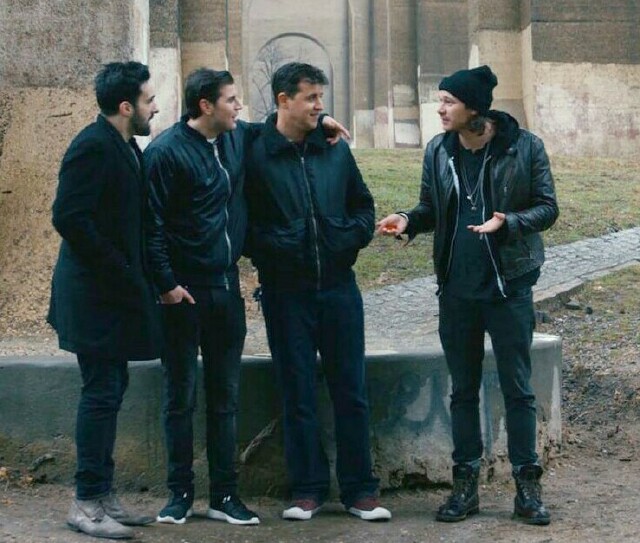 A wide variety of independently financed TV pilots, short films and feature films were screened last week at the 14th Annual New York Latino Film Festival (NYLFF). MediaVillage was particularly impressed with four of them:  The comedies Adulthood (pictured above), Granny and Hey, Vato and a one-hour drama titled The Inner Circle.  There are hundreds of programs vying for attention during this era of Peak TV, but these four seemed very different from anything else we have seen.

Adulthood, our favorite of the group, centers on four best friends living in Astoria, Queens.  There’s Rob, an anonymous dating guru who can’t keep his own love life under control; Freddy, a single dad on the journey of becoming a successful actor; Scott, a struggling musician who is moving to New York City with his girlfriend, and Clint, a bachelor in love with his paid escort.  In the pilot these guys are about to embark on the greatest challenge they’ve ever faced: their thirties.  It’s all about four men who’ve hit a milestone in their lives and are slowly but surely coming to terms with the challenges of growing up, especially navigating relationships and making big changes for themselves.  Adulthood does something that a lot of comedies never seem to get right: It develops a strong sense of familiarity and sincerity while also delivering plenty of funny and some genuinely heartfelt moments.

We spoke with Adulthood’s creator, writer, director and star Rob Alicea (pictured below right with Zebedee Row, left, and Scott Rocco) and asked why he chose the NYLFF to premiere his series.  “As a born and raised Latin New York writer and director, there was no better place!” he said with great enthusiasm. 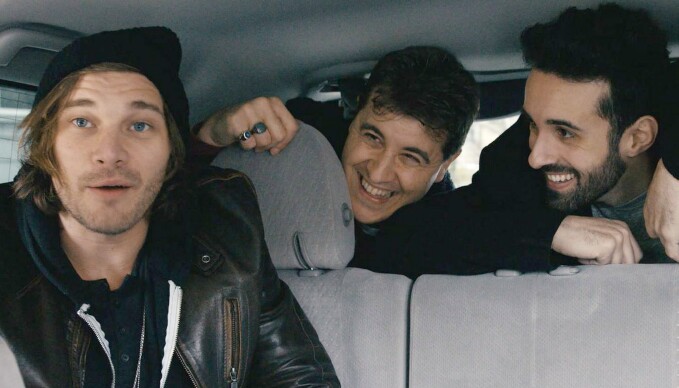 “While there have been several great buddy comedy series like Entourage and The Big Bang Theory, there were many stories my friends and I simply could not relate to,” he said when asked about the inspiration behind creating Adulthood.  “When we’re going through something we look to television or movies that depict what we’re feeling so as to not feel so alone ... and if those stories don’t exist, we feel it’s our duty as filmmakers to tell them.

“[These characters] want love and to be in love but are still figuring out how to make that happen without losing themselves and each other in the process,” Alicea continued.  “Perhaps scarier than the idea of growing up is that maybe they will have to do it without one another.”  Freddy Giorlando (pictured below), who produced Adulthood along with Alicea and Rocco, also stars. 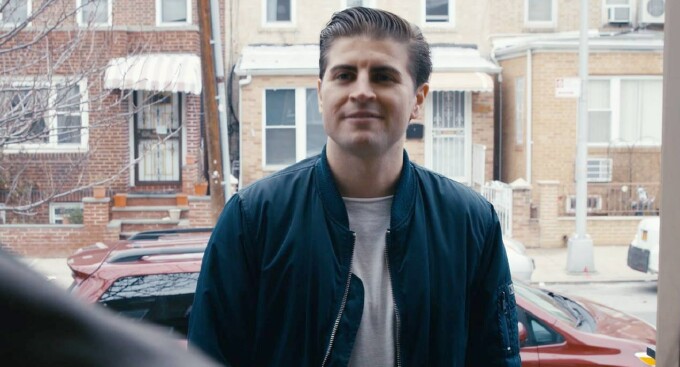 Next up was the five-minute pilot Granny, which is the epitome of the “snack-size content” that actor and app developer Allen Maldonado mentioned in our recent interview with him.  In its first episode Luis, an accountant, desperately seeks the help of a hitman named Freddy to “get rid of” someone for him.  Freddy refuses when Luis reveals that the target isn’t just an old woman, but his own grandmother.  Freddy may be a hit man but he has limits: no old people and no kids.  Luis counters and asks if Freddy can at least show him what to do, for the full payment as if he killed her himself.  Throughout the first season of the show, the two knuckleheads learn the hard way that Luis’ grandmother is not the sweet old lady that she appears to be.  Granny was written by and stars Aldo Pisano (who also directed) and Rajiv Shah.

According to its creators,Hey, Vato centers on two cholo puppets who talk about love, life and “possibly your mom.”  To those who grew up in the urban communities of New York, California and beyond, the two “vatos” will seem all too familiar.  Hey, Vato features a number of short sketches starring Smiley and Chuy, two cholos who spend far too much time “just chillin” and are always up to no good.  The five-minute episode screened at NYLFF was full of laughs, hilarious philosophical moments and old school goofs.  Hey, Vato stars Marc Rivera and Robert Vasquez, who served as the show’s writers along with director Juan Rodriguez.

The only drama we saw at the NYLFF -- the Detroit-based The Inner Circle – centers on an in-patient rehab program.  The participants vary from a former baseball star and a washed-up actress to a grieving husband and a recovering sexual abuse survivor.  The Inner Circle touches on many important social issues such as racial discrimination, social status, economic disparity and generation gaps, the exploration of which brings the struggling patients closer together.  Shiek Mahmud-Bey, Louis Martinez and Lanika Wise star.  Mahmud-Bey also directed and served as co-writer with Steven Williams.