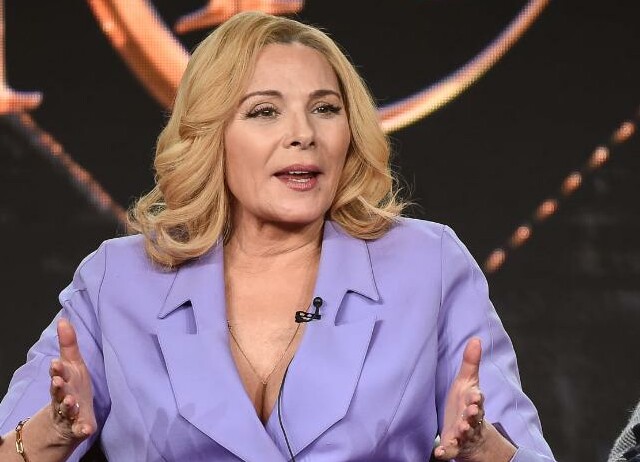 Pasadena, CA -- The January 2020 Television Critics Association tour got off to an atypically comical start on Tuesday courtesy of Fox.  With two packed weeks of panels ahead of them for the majority of the critics and journalists in attendance, the network presented a short video lampooning the critics.  It began with the classic Julie Hagerty Airplane scene:  “Keep cool people, everything’s going to be okay.” 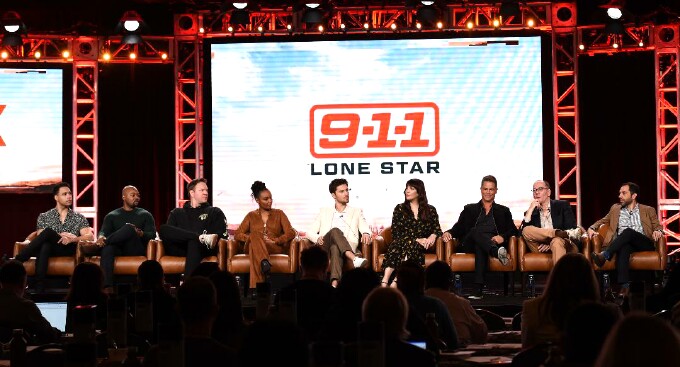 The first panel of the day was for the 9-1-1 spin-off 9-1-1: Lone Star, set in Austin, Texas.  Series co-creator and executive producer Tim Minear explained it was the blue skies of the state and its cultural similarities to L.A. (where the original is set) that made it the perfect location for a companion piece to the flagship series.  Series lead Rob Lowe shared his own stories of personal devastation, having recently dealt with the wildfires and flooding that ravaged his city of Santa Barbara, CA.  Those experiences provided him with up-close-and-personal insights into the lives of first responders, which were useful to him in prepping to play his character.  9-1-1: Lone Star marks Lowe’s first collaboration with series creator Ryan Murphy, something he said he has been wanting to do for 20 years now.  He explained that Murphy created his long-running FX series  Nip/Tuck with him in mind, but Lowe’s agents never made him aware of the project.  Lowe also shared his delight with 9-1-1: Lone Star’s premiere date and time slot (Sunday, January 19, immediatelyfollowing the NFC Championship Game, which is projected to have a 30 million viewers). “We’ll take the 30 million,” he laughed. 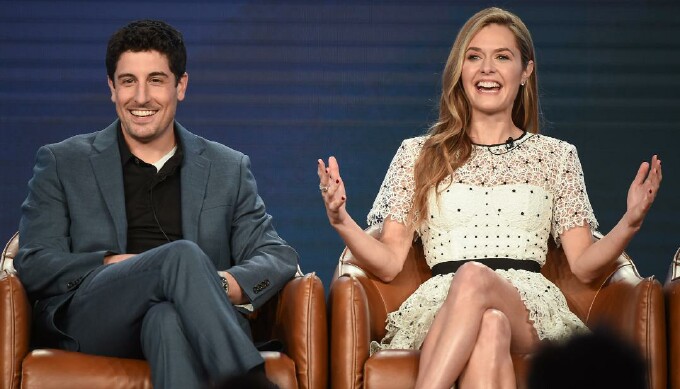 Next up was the new comedy Outmatched, starring Jason Biggs (above left) and Maggie Lawson (right) as parents to four kids, three of whom are geniuses.  (Think Young Sheldon meets Malcolm in the Middle.)  During the lively panel, Biggs and Lawson revealed that the only pitfall to working on the show was the “swear jar” that had been installed on set with the children in mind.  “That’s the hardest part of the job,” laughed Lawson.  Biggs concurred.  “Maggie is basically working for free,” he said.

In the vein of Dynasty, the new drama Filthy Rich, produced by and starring Sex and the City alumna Kim Cattrall (picturd at top) utilizes the backdrop of televangelism to tell the sordid tale of a fractured family.  As family matriarch Margaret Monreaux, Cattrall said her character is a “pioneer of sorts, and one we haven’t seen before, who is dealing with faith/family and secrets.”  She added that the show, which is shot in New Orleans, has “been a Valentines of an experience with regard to cast and crew, and the location of New Orleans.” 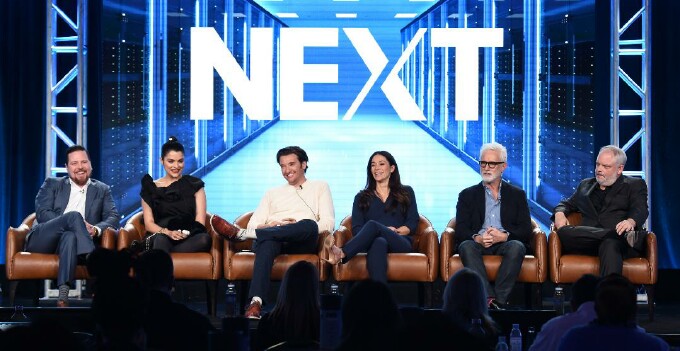 According to its creator and executive producer Manny Coto, the idea for Fox’s upcoming cyber-thriller neXt came to him after his son was randomly awakened one night by the Alexa in his room.  The family never got the bottom of why that happened, but it planted the idea for the series about rogue artificial intelligence. With hacking, data breaches and issues involving surveillance doorbells all continually making headlines, neXt almost sounds like a reality series.  The session also addressed the how the merging of companies like DNA-testing giants 23andMe with Ancestry.com could see the frightening emergence of a super-intelligence, giving credence to the show’s chilling premise.  (For more on neXt, read Ed Martin’s report, Fox at TCA:  A Bad Day for Alexa.) 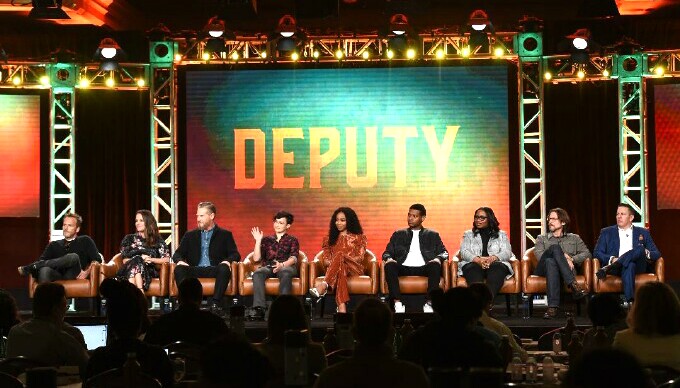 The Stephen Dorff drama Deputy follows a fifth-generation lawman batting politics in Los Angeles after landing the position of L.A. County Sheriff, a job he never wanted.  Dorff, who got a taste of “cop drama” with his role in HBO’s True Detective, relished the idea of expanding a character arc from more than just a two-hour movie.  “True Detective was an awesome experience,” he admitted.  “I like playing the same character for a journey as opposed to fitting it into a 90- minute or two-hour film.  I look forward to playing this character and seeing where he goes.”