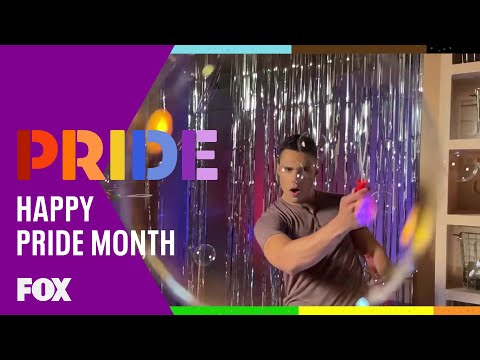 Fox is celebrating Pride Month on-air and online with the video Little Bit of Color,  which features clips from many of its inclusive programs and appearances by talent from those shows, including Leslie Jordan and Cheyenne Jackson (Call Me Kat); Niecy Nash (The Masked Singer); Ronen Rubinstein, Rafael Silva, Brian Michael Smith and Aisha Hinds (9-1-1 and 9-1-1: Lone Star), and JoJo Siwa (The Masked Singer). The promotion is part of Fox’s ongoing #TVForAll initiative, which launched in early 2020 and is designed as a space to highlight, champion and celebrate the diverse voices in Fox’s programming.

The video, performed to the song Little Bit of Color by Indecisive Decisions, was the brainchild of the Digital Content team at the network, which after the past year decided to create a music video that truly celebrates and highlights the LGBTQIA+ community. “Our #TVForAll initiative was created to make sure Fox is reaching and entertaining the full spectrum of our viewers with content that speaks directly to them,” says Darren Schillace, Executive Vice President, Head of Marketing, Fox Entertainment. “This month, we are thrilled to celebrate the LGBTQIA+ actors and characters across Fox with the debut of Little Bit of Color, a new song from our Fox Entertainment music team. The authenticity and the message matters to us in all of our #TVForAll content.”