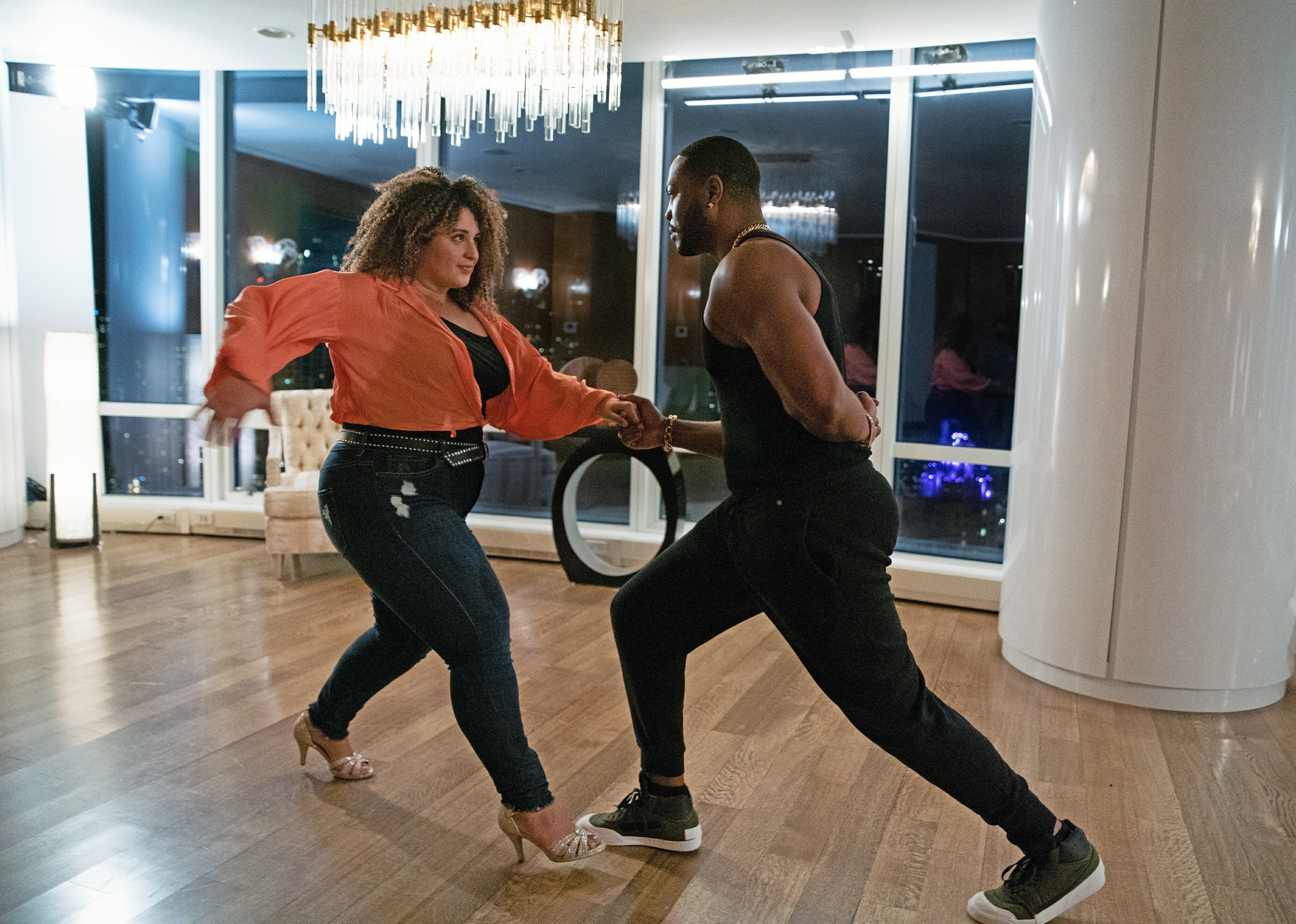 For those who have never danced in a supermarket aisle, it may be difficult to understand. If you're a dancer, you can't help it. A few notes of a song come on, and as the music courses through your body, it starts moving, often before your brain kicks in. It could be a pirouette, a cha-cha, or a time step; it only matters that it's dancing. Indeed, moving to the music may not be all that matters to the characters in the new Fox series The Big Leap, but it's close.

Jacqueline Cutler will be moderating two panels on September 21 during AdvancingDiversity Week. Click here to register for this free virtual event.

The Big Leap is an energetic ensemble drama about the making of a dance competition reality show. The network series, premiering September 20, and its show-within-a-show share the same title. Like any reality show, the latter focuses on whatever part of its contestants' private lives is most painful. Whatever they want most hidden becomes fodder. The making of a reality program in a scripted drama will, naturally, draw comparisons to Lifetime's UnReal.

Finding love, however, isn't supposed to be this show's prize; rather, an opportunity to perform Swan Lake is the grand reward. But romances are kindled; hearts are broken and soapy plots percolate as it moves along. And manipulating all of it? Nick Blackburn, the Svengali executive producer who needs the show to be a megahit. His life is a self-induced disaster. For another show, he put ratings above safety and it's unclear if his recklessness will take down a network. The Big Leap is his second chance to save his career. 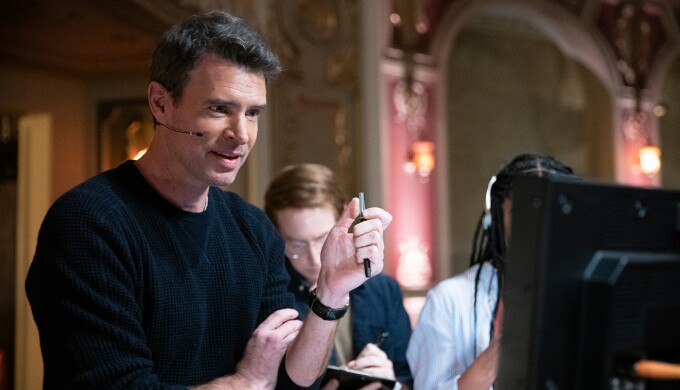 Scott Foley's having fun playing Nick, a man unburdened by an overwhelming sense of morality. "I had a reckoning the other day where I realized, at least in my own mind, that Nick is sort of like the Darth Vader in the making of this show," Foley (pictured above) explained at a recent Summer 2021 Television Critics Association virtual press conference. "He's separate. He's not (always) the evil guy, but his intentions are not necessarily the best. [Nick] is the person who makes sure the show is what people want to watch, regardless of the ethics. For me, it's such an interesting character to play.

"Everybody was talking about the bonding they do at their dance rehearsals in the studio," Foley said of his co-stars. "It was a real great way for all of them to get to know one another. I have felt, if I'm being honest, a little left out that I don't do the dancing. But I think it's benefited the character because it creates a bit of separation between myself and the rest of the cast, which, I hope, is apparent on screen. I think Nick is someone who does what needs to be done in the name of the show; everything is for the sake of the show. And because I don't have that background with a lot of these cast people who do, I think it actually adds to the drama of the show."

The more obvious meanie, at least initially, is the ballet mistress. Mallory Jansen's Monica Sullivan comes across like a more dour Victoria Beckham. A malevolent ruler displeased with all, she has no use for anyone who does not understand that ballet is not merely an art but a demanding discipline. And she finds several of the characters repugnant, too big and too old to dare to dance.

Simone Recasner's character, Gabby, is much heavier than most sylph-like dancers. But as the show proves – that does not make her less of a dancer. She didn't take a scholarship to NYU, and instead, had a son. The Big Leap is her second chance to dance.

"[Gabby] is somebody who I frankly can relate to on such a profoundly deep level," Recasner (pictured at top) said. "We're meeting her at a time where she's deciding to do the exact opposite of what the world and her brain and everybody has told her to ‑‑ how to act her whole life.

"Growing up," Recasner added, "I couldn't even see myself being a network television actor because I just didn't see myself represented. So, when this story came around and when they were real about having a big, curvy, plus-sized, fat, whatever you want to call it dancer -- because there are amazing curvy dancers out there and amazing curvy people out there -- I mean, it is a dream, beyond a dream."

Her character is paired with the one celeb character on the show-within-a-show. Ser'Darius Blain (top right) plays football player Reggie Sadler, who idiotically said something about Michelle Obama's rear end on social media and has all sorts of anger management issues.

He's also no fool and knows that Gabby could be just what he needs -- if he can learn to dance. Given that so many people are angry at him, Reggie needs a boost. The Big Leap is his second chance to restore his reputation.

"I am not a dancer per se," Blain told MediaVillage. "I have rhythm. 'Moves well' is a good way to describe me. When it comes to choreography, I'll admit I was a bit perplexed. I've been taking five-hour dances classes, five days a week, with these choreographers from So You Think You Can Dance and Dancing with the Stars, and these are world-class athletes. I can have two left feet at times when it comes to eight counts. I ended up getting the hang of it. I just learned a new world."

Teri Polo plays Julia, a woman with two teenage daughters who is stuck in a miserable marriage. Julia's not supposed to dance anymore; that time is supposed to be over. For Polo, this show represents a very familiar world. She studied ballet for 12 years, and her training is evident in the placement of an arm, a true turn-out, and the emotion needed to fuel the steps.

"I feel very honored to represent a certain group of people at a point in their lives where I can relate to," said Polo, who is in her 50s. "It's good. It's really hard. I was telling Liz (Heldens, executive producer and showrunner) the other day that it's very difficult to be vulnerable. But they realize that I'm old and I'm in a mid-life crisis. So, I'm pretty sure that's why I got cast."

Sure, Julia is middle-aged, not as flexible as the young dancers, and her life is in flux. But The Big Leap offers her a second chance to do what she's meant to do -- dance.

The Big Leap is telecast Mondays at 9 p.m. on Fox.