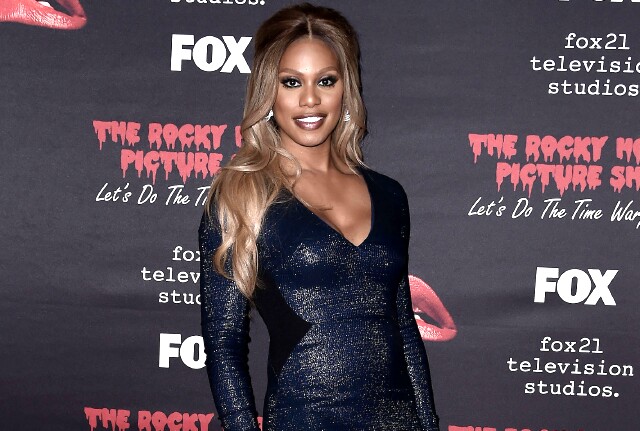 The Fox network last week staged a time-bending triumph that would have made Doctor Who proud, holding a premiere screening of its respectfully reimagined The Rocky Horror Picture Show: Lets Do the Time Warp Again at the famed Roxy Theater – home of the original Los Angeles stage production. Excitement in the theater was palpable, due largely to the presence of the very first Dr. Frank N. Furter, the one and only Tim Curry, who gave his blessing to the project by appearing in the film as the Narrator. For everyone in attendance, especially the young cast of the 2016 production, being in the original theater with the 1974 Dr. Furter was nothing short of a dream come true.

Even Lou Adler -- executive producer of the original Rocky Horror Picture Showtheatrical production in LA, the iconic theatrical movie and the Fox remake--was moved. “Having Tim here and involved was like the cherry on top,” Adler told me prior to the screening. “It was somewhat of a validation and [for the fans] it was like, ‘Okay, let's see what it's about.’ So it was really important.”

Filled with costumed RHPS devotees, the screening began with introductions from Adler and Rocky HorrorFan Club president of 41 years Sal Piro, who politely asked the enthusiastic crowd to “keep the audience participation to a minimum and remember, this is not the original movie, you are seeing something different.”

According to Adler, pleasing fans of the beloved franchise is not easy; in fact, owning the rights to Rocky Horror has proven to be his Sword of Damocles where the film’s integrity and legacy are concerned. “Yes, those fans,” he mused. “They don't want anything but the original. They didn't want me to release [the original] in stereo; they didn’t want me to change the prints; they didn't want it on home entertainment. They just want the original.”

Response to the film’s 1975 release was “lukewarm,” to say the least. It quickly opened and closed and then languished in cinema vaults alongside the many B-movies it payed homage to. That changed in the late 1970s when, through midnight screenings, it finally found an audience and a success that took all involved by complete surprise.

“I had no idea,” Tim Curry told me when asked if he knew the film would have so long-term an impact. “I mean, the play was a big, big hit; but who knew with a movie? Certainly the crew working on it didn’t. I remember one guy saying, ‘This will keep them all at home in their armchairs.’ He was right.”

Forty-one years after immortalizing the "good" doctor on screen, passing the torch to transgender actor Laverne Cox (pictured at top) was easy for Curry. “I don't need to do it again, I really don't,” he said. “Well, not play Frank N. Furter; been there, done that. The T-shirt is worn out.”

For Cox, receiving Curry’s blessing was paramount. “Just getting to meet him was amazing,” she exclaimed. “I discovered Rocky Horrorin college and the character Tim created became the template for my own exploration of my identity. ‘Don’t Dream It, Be It’ became a mantra, and now I’m being it.” Cox happily accepted Curry’s input during production, too. “The first day of rehearsal I sang every song Frank N. Furter does in front of Tim,” she recalled. “I’d ask him what some of his intentions and motivations at that moment were and he would share his thoughts. It was incredible.”

Victoria Justice and Ryan McCartan round out the film’s leads as naive lovebirds Janet Weiss and Brad Majors, portrayed in the original by Susan Sarandon and Barry Bostwick. The newcomers admit to being fans of the flick and doing their homework in preparation. “One thing I took from the original is having good cleavage,” laughed Justice, who saw the original movie in the 5th grade. “As soon as I heard they were remaking it I desperately wanted to play Janet, but never thought it would actually happen.”

“I studied everything that [Barry Bostwick] did,” McCartan told me. “Of course, I took what I wanted and changed what I wanted because Tim, Lou and Kenny granted permission, but what Barry did was genius. I love and worship him.”

The fact the cast was celebrating the 2016 Rocky Horrorrelease at The Roxy, 42 years after the play ended, was not lost on the young actors, either. “This place is legendary,” Justice declared. “The fact Tim Curry, who was at the beginning of all of this is here, is incredible.” 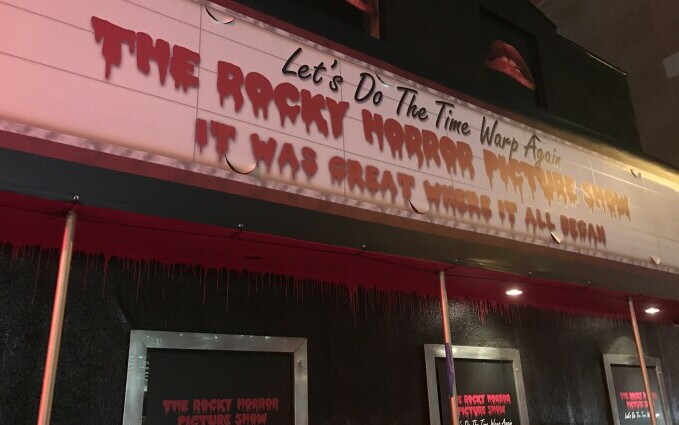 “We’re at the Roxy where it all started,” McCartan added (photo above). “We have a black transgender woman as the lead of a TV network film. How do you put words to that? This is just evidence of what RockyHorror has done and it fills my heart in ways I can't describe.”

“When we did the original production Tim would dress, then I would walk him out to street in front of the theater so he could make his entrance,” Adler recalled of those early Roxy days. “No matter what I was doing I always stopped it to do the entrance with Tim.

“The fact that The Roxy is still standing is amazing,” he continued. “It’s like an old whore; it will take anything you put in it and they're happy to have it there.”

While this new version of Rocky Horror doesn’t reinvent the wheel (or try to) it does provide a stellar soundtrack and proves the original movie’s songs are still as exciting today. “It's not a bad idea to give yourself over to absolute pleasure,” Curry said with a smile. “Swim the warm waters of the sins of the flesh. I mean, we all do it, don't we? Well, I certainly hope we do because it would be very boring if we didn't!”