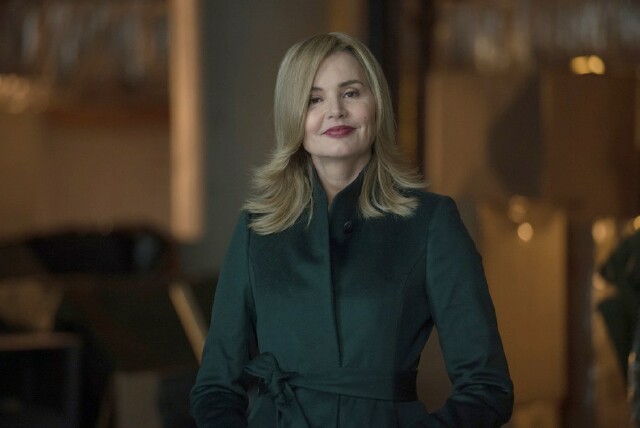 Season one of Fox’s The Exorcist comes to its conclusion Friday night, promising to wrap the storyline centering on the Rance family’s two demonic possessions. Thanks to some clever storytelling and unexpected twists, the series became a genuine sequel to the 1973 scare-fest that had audiences fleeing theaters and nurses on hand in lobbies to assist distraught moviegoers. (Note to Millennials: That really happened!)  The series gave us the obligatory possession, priests dealing with inner turmoil, surprising character revelations and the shocking death of a key character from the original source material -- and it set up the premise of “larger- scale evil” literally dominating the world. While The Exorcist failed to become the ratings juggernaut Fox had hoped for, it amassed a very dedicated fan base and was embraced by many critics. (Our own Ed Martin has included it in his list of the Top 25 Shows of 2016.)  Now, with its future in limbo (Fox has yet to announce a renewal), series creator Jeremy Slater is promising a satisfying conclusion, along with more surprises, in Friday's season finale.

“I’ve said from the beginning that this season would be a single case -- the Rance family possession,” Slater recently told me. “The first season would have a beginning, a middle and an end. We weren’t going to drag it out and we’re not going to cheat you. You will get a satisfying ending to this particular storyline [of the Rance family] and those that survive, with more story to tell, you will hopefully see again.”

According to Slater two versions of the season finale were penned, one involving the assassination of the Pope, the other having him become an evil entity. Talk about pushing boundaries! “The Pope is definitely coming in episode 10, I can tell you that much,” Slater said with a smile.

Despite not knowing if the series will continue, Slater has already started planning a possible second season, which will likely look very different from the first. “The idea is to tell a new story every season and not hit the reset button,” he said. “We will follow the priests -- if they make it -- and the seeds of the larger conspiracy will carry on.”

With the Rance family’s continued involvement uncertain, the show’s current cast is hopeful they will appear in a second season.  “It would be cool to see her become a nun or an exorcist and kick some demon butt,” said Hannah Kasulka of her character Casey Rance, who spent much of the season possessed by the same demon from the movie. She fine with the scar she now sports from being chained up during Casey’s hellish exorcism scenes.

“There are a lot of ways the Kat character could go,” said Brianne Howey, who plays Casey’s sister Kat. “She went from having no interest in religion to sort of entertaining the idea, so that could be interesting.”

Series star Geena Davis said she hopes to return. She told me that doing The Exorcist was a lesson in secrecy, as her character had the season’s biggest twist of all -- one she knew about going into the project but could not reveal to anyone. “People would ask if I was going to be possessed,” she laughed. “I’d say ‘Oh no,’ even though I knew [I was]. It was hard [keeping all the secrets]. I didn’t tell my husband or anyone. The [rest of the] cast didn’t know, either.”

The series also afforded Davis the opportunity to work with the great Sharon Gless, who played Angela Rance’s mother, Chris MacNeil (the role originated by Ellen Burstyn in the movie).  “Sharon was great,” she says. “But unfortunately I had to kill her!  I did apologize.” Davis also met her doppelganger in young actor Sophie Thatcher, who played Angela’s younger self – also known as Regan McNeil. “She looked more like me than my own daughter,” Davis said. “But the makeup people forgot to add the mole I have, so they did it in post-production. It was kind of a big thing.”

Reflecting on her work in the series, Davis mused, “I’ve never played a bad guy before, and to be able to come out as a different character half way through it … other than driving off a cliff [in Thelma & Louise] I think this is the most fun I have ever had.”

Slater let me in on a little secret about the inclusion of original The Exorcist star Linda Blair in the show – something that fans of the franchise were hoping for. “We wanted Linda for a cameo in episode nine,” he revealed. “We even wrote it into the script, but unfortunately the episode was [too long and] we had to cut about 10 minutes to get it on the air!  Her scene would have ultimately hit the cutting room floor. My hope is if we get a second season we get the chance to bring her in for some fun stuff.”

I asked Slater for his thoughts about possibly moving the series to Fox sibling FX, home to American Horror Story. It’s something he’s not ruling out if given the chance. “I want to keep telling this story with this crew and these actors,” he said.

“There are advantages to a [broadcast] network," he continued. "You have a bigger budget than somewhere smaller and network TV forces you to be a more creative writer and not just rely on shock and profanity. Fox has been an amazing partner. While our audience hasn’t been the biggest, they are devoted and loyal and would follow this show wherever we take it.

"I love doing the show for Fox and would love to continue for a long time, but I think our fans want a second season to happen somewhere," Slater concluded. "Hashtag RenewTheExorcist!”