Frenemies: The Epic Disruption of the Ad Business and Everything Else 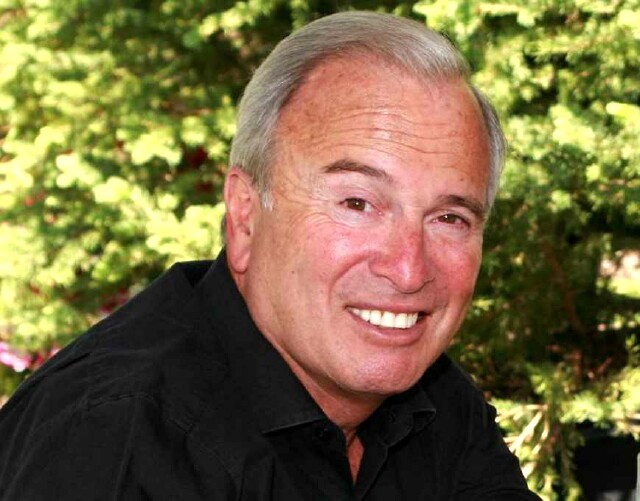 In a 1970 TV commercial, a group of child actors portraying Louie Armstrong, Fiorello LaGuardia and Barney Pressman as kids are sitting on a New York City stoop and asking each other what they hope to be one day.  Armstrong says he wants to be a musician. LaGuardia says he wants to be Mayor of New York.  The bespectacled Barney Pressman is quiet, so they prod him: “Whaddaya gonna be when you grow up, Barney?”  Pausing to adjust his glasses, the future founder of Barney’s says, “I don’t know.  But you’ll all need clothing.”

For more than three decades, in books and in my Annals of Communications pieces and profiles for The New Yorker, I have reported on the digital hurricane that has swept across the media industry.  I have tried to “follow the money” to understand the source of the economic harm that has struck newspapers, magazines, television and radio, all reeling from shrinking advertising revenue, revenue now fueling companies like Google and Facebook.  You can almost hear the young Barney Pressman trilling the world, “You’ll all need advertising and marketing.” 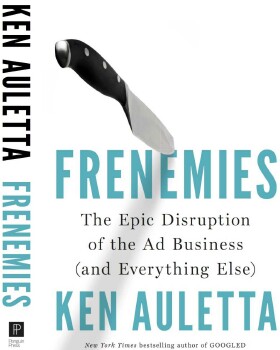 consumers, how to reach a younger generation accustomed to dodging ads and how to capture consumer attention in an age where choices proliferate.  And a mass audience is rare.

Unsettling change was the subject of much of my work for The New Yorker and in my books, and the advertising industry was often an under-explored story.  I gained a better appreciation of advertising while reporting my 2009 book, Googled: The End of The World As We Know It.  The flight of advertisers from old to new media was hard to miss. Less obvious was the impact on the ad industry itself; in the public imagination, we were still in the age of Don Draper.  But I began to see more and more clearly how this industry that had been intrinsic to the disruption of old media was itself facing fundamental challenges to its business model.  This mattered because in a non-state-run economy advertising is the bridge between seller and buyer.  And that bridge is teetering, jolted by consumers annoyed by intrusive ads yet dependent on them for “free” or subsidized media.  In this sense, consumers are frenemies.

To dig deeper into this world is to realize that more is being disrupted here than the flow of marketing dollars.  The agency edifice itself is being assaulted, as new rivals surface -- tech and consulting and public relations and media platform companies and mistrustful advertisers, many of whom have long been allied with the agencies and claim still to be.  A once comfortable agency business is now assailed by frenemies, companies that both compete and cooperate with them.

For many years, I examined advertising as an aspect of some other story I was telling.  It crept up on me that there was much to be learned by turning that around and looking deeply into the advertising industry itself, and through it out onto the wider world -- a world of A.I. and algorithms and Big Data.  These raise fundamental issues, including issues of privacy, issues of whether the science of advertising can replace the art, whether relationships still matter.

In my new book, Frenemies, I attempt to step into the shoes of a range of important protagonists in the business, including WPP’s Martin Sorrell, GroupM’s Irwin Gotlieb, Unilever’s Keith Weed, Bank of America’s Anne Finucane, R/GA’s Bob Greenberg, Facebook’s Carolyn Everson and MediaLink’s Michael Kassan.  Ultimately, I try to tell a story of a world whose fate hangs in the balance, and why that fate matters to us all.

Note: Frenemies will come out in early June.  Ken will provide a sneak peek at the ANA Advertising Financial Management Conference via an interview with Jack Myers on May 1.

Ken Auletta has written Annals of Communications columns and profiles for The New Yorker magazine since 1992. He is the author of eleven books, including five national bestsellers: Three Blind Mice: How the TV Networks Lost Their Way;&nbs…