#Friends25: Behind the Scenes in Joey and Chandler's Apartment 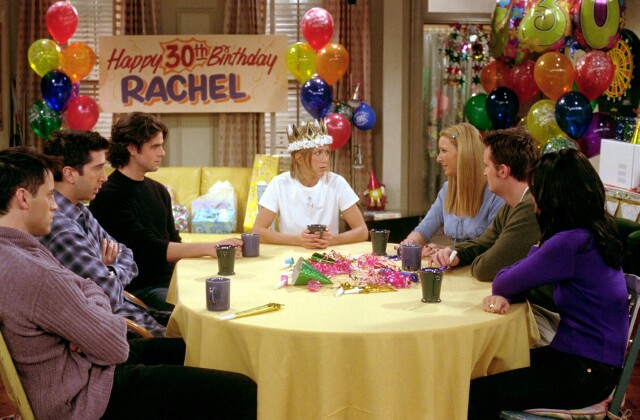 As we continue our special coverage of all things Friends for the classic sitcom's 25th anniversary, we step into the apartment inhabited by Joey and Chandler for much of the series.  When these never-before-seen photos were taken (during season 13) Rachel had moved in with Joey while Chandler was playing homemaker with Monica across the hall.  They were preparing to tape The One Where They All Turn Thirty, and while there had been little left unseen over the years in the “boys” apartment, the question of why we never saw their bathroom (unlike the ever-changing configuration of Monica’s) is answered below.  (By the way, the extra guy in the image above is Eddie Cahill who played Tag, Rachel's naive assistant at Ralph Lauren.  Read our Friends of Friends interview with Cahill here.) 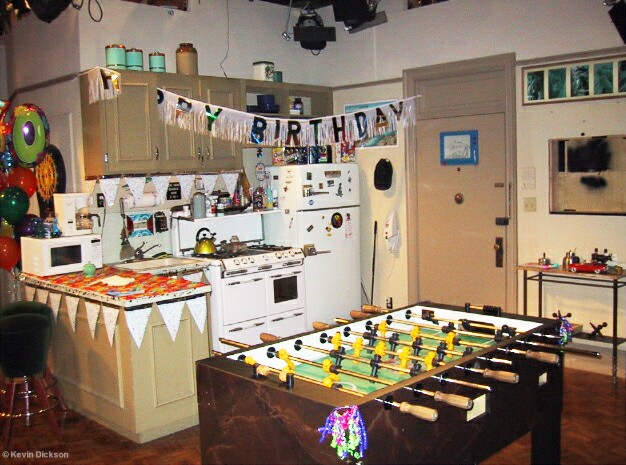 The apartment was decked out for Rachel's big 3-0 birthday bash. 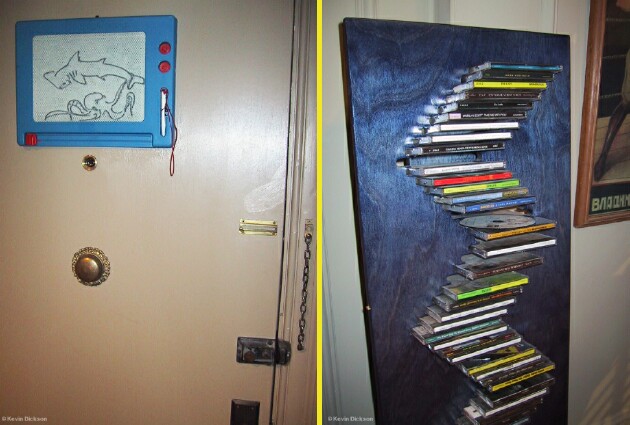 It must have been Shark Week at casa Joey’s, as sea creatures adorned the message board instead of half scribbled telephone messages.  And just in case you ever wondered, those were real CDs in the CD tower. 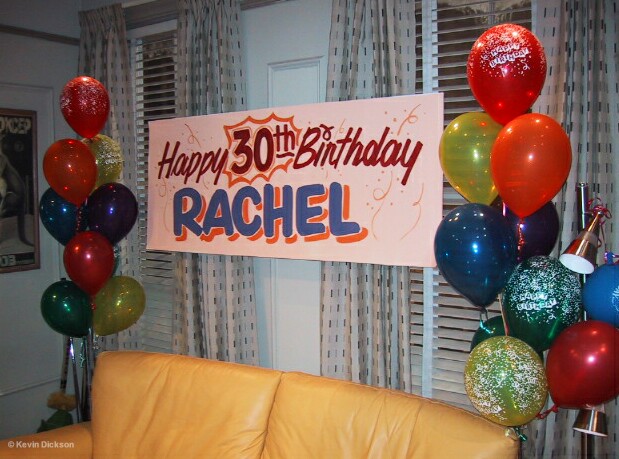 Production was preparing to shoot episode seven of season 13, which aired February 8, 2001. 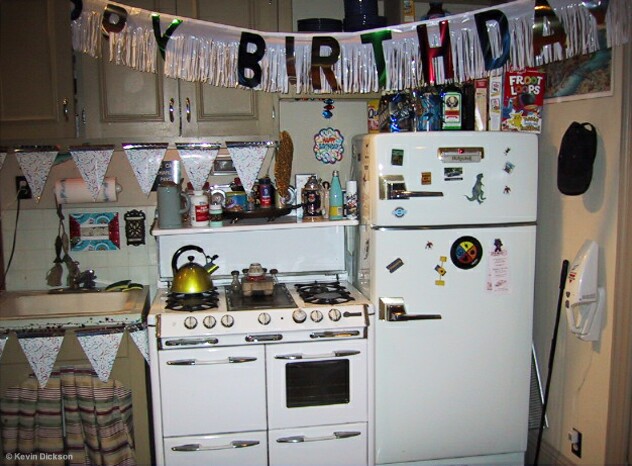 For all the grief the boys gave Ross about his dinosaur obsession, it's interesting to note that Joey has a T-Rex magnet on his fridge. 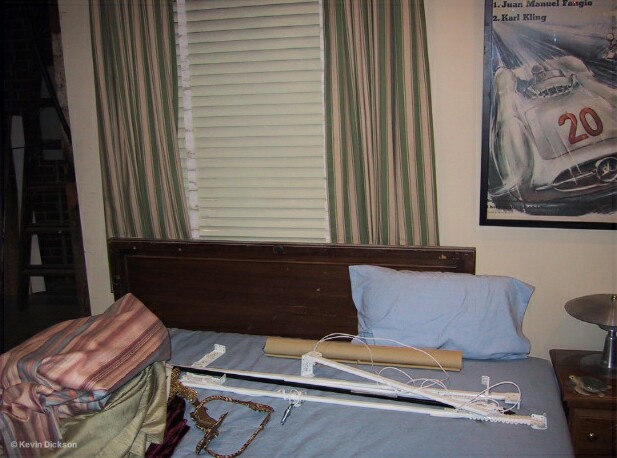 A rare look into Joey’s bedroom when the cameras weren’t rolling. 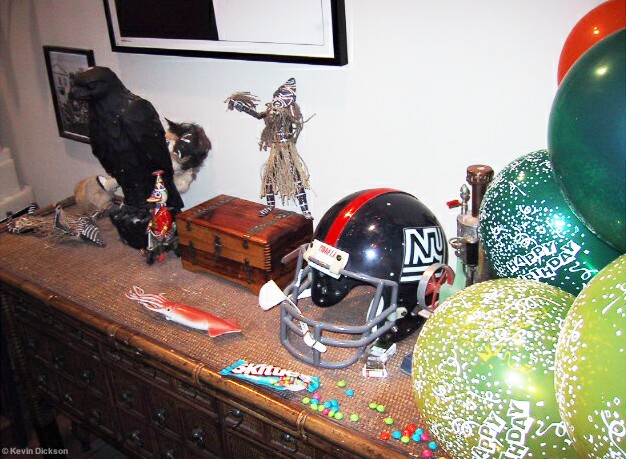 Joey’s admiration of sea creatures, squids in particular, was evident in his room.  However, we’re not sure what the deal is with the scattered Skittles? 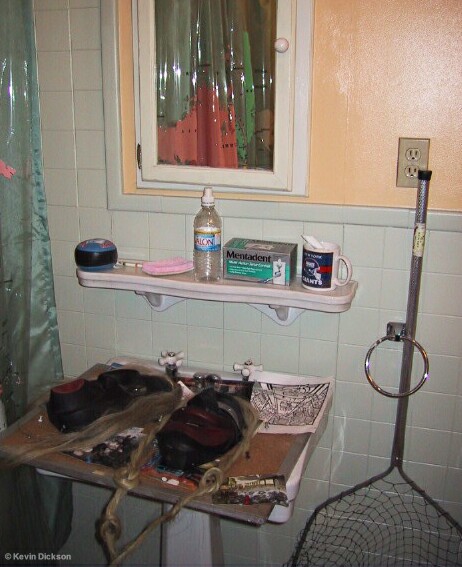 Seems there was a very good reason we never saw Joey’s bathroom.  It was a mess!