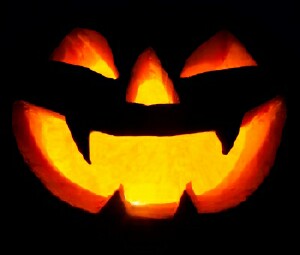 While Linus anxiously awaits the arrival of the Great Pumpkin and Jessie tries to find a way to save her friends from Mr. Pricklepants, children unite in their appreciation of quality Halloween fare. Adults also appreciate the antics of their favorite animated characters during the season of ghouls and goblins, but All Hallows’ Eve also celebrates the antithesis of these colorful characters, focusing on the darker shades of red and black.

I refer to the confluence of horror films that tend to hit the theaters and airwaves every year about this time. This season has seen the release of no less than fourteen horror films: Carrie, Insidious Chapter 2, Nothing Left to Fear, All the Boys Love Mandy Lane, Cassadaga, Ghost Team One, Big Ass Spider, Dead Before Dawn, Hell Baby, The Wicker Man – Final Cut, Argento’s Dracula 3D, Bad Milo!, Murder 11 andI Spit on Your Grave 2.

We all have friends who enjoy this type of fare and, if you are like me, you occasionally worry about their mental state. But genuine concern aside, have you ever wondered how divergent their television viewing habits might be. Not even a little? Really?

Well, for those of you who have, we ran some reports to explore the viewing preferences of those who see horror movies in the theater. To compile this list, we turned to our TiVo Research and Analytics Power||Watch panel. For the past two years, as part of our monthly survey, we have asked our panel members what movies they had seen in theaters during the previous month (as well as what movies they had heard of and what movies they intended to see). Armed with their responses, we anonymously match panelists’ movie attendance to their television viewing behaviors. For the purposes of this report we matched horror movie patrons to their primetime TV viewing activity.

The horror genre is a unique niche, and when you see the list of programs its aficionados prefer, I think you will agree they exhibit unique viewing patterns. The lists below have been limited to regular series to eliminate one-time-only specials and televised movies. For broadcast networks, we looked at last season; the cable list goes through July 2013 to include some of cable’s summer offerings.

Certain programs on the list are a no-brainer: Supernatural, Cult and Alien Encounters. Other titles give you pause: the Fox sitcoms, Going Yard and I Hate My Yard. It must be the way they wield those hedge trimmers.