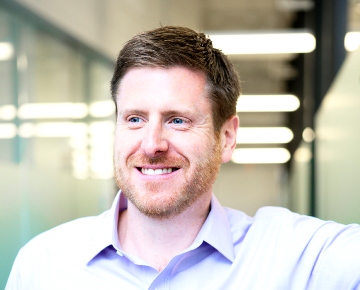 I was watching CBS Sunday Morning this past weekend. They had a story on Nate Silver, NYT blogger and numbers geek. While the movie Moneyball was not exactly about him, he once worked in the MLB scouting players using statistics. I have to admit, I am a bit fascinated with the guy for becoming (in)famous as a quant (and props for being a fellow Brooklynite).

They started the piece showing coverage of the 1952 election, featuring Walter Cronkite and a UNIVAC computer. It was the first time the audience was exposed to an election "expert" that was not human, and the unit was a big clunky thing. In the modern day evolution, we have reporters like Wolf Blitzer working with slick, minority report level data mechanics - pulling up real time results, complete with computer graphics at the touch of a button on CNN and the major networks.

Then they did a broad stroke of Silver's model for predicting the outcome of the election. Intrigued, I could not help but find a strong correlation to what so many of us do today: data modeling; real time bidding (RTB); the cross-referencing of ad tech's version of Big Data.

With elections, models feed in data from the various polls conducted across the nation. (I remember when there were only few polls – Gallup, Marist, and so on. Now there are dozens.) The Silver model analyzes past performance of these polls in previous elections – as well as feeding in other data points. The result is a fairly accurate prediction of the election.

Then, and now, with the results proven on Election Day – I felt incredibly reinforced for all that we believe and toil in the realms of RTB. It lent credence to the math and the mechanics of our modeling. For it sounded to me a lot like the data-led world where we do business: we take in data from the various data sources that we have – site data audience data, website visitor profiles – and apply additional data, such as seasonality, time of day, within our algorithms, to predict an outcome. A RTB bid decision may seem small in comparison with MLB and presidential election outcomes, but you can see the accuracy and potential brought on by the age of Big Data. Moneyball, election prediction, RTB, Netflix -- the universe in which we live and operate is powered by predictive algorithms.

It's worth noting that Silver was a thorn in the side of all the bobble headed pundits who spent months discussing the election– analyzing every stump speech, every moment of every debate, every swing state swing. And none of it mattered. The individual polls themselves didn't matter; many still had Romney leading the day of the election. Silver, using data, proved the pundits wrong before Election Day took place.

In our business, think of all the decisions being made by media planners and buyer based on anecdotal information and bias. Or those perilous "focus groups of one" based on their own consumer experience. 'I ran a retail campaign on this publisher and it worked, so let me run this car campaign there.' 'I like the guy at this network, so let me give him first crack at an RFP – he never steers me wrong.' Or, 'performance looks pretty good, but I need to spread out the buy because that is what the client wants.' Just like the pundits, there is always subjectivity blinding our decisions. But if you look at the data, the answer is there, with some reliability and accuracy.

Live on the mighty models of ad tech and audience targeting. UNIVAC actually got it right back in 1952. Nate Silver got it right in 2012.

Christopher Hansen is the President of Netmining

Christopher Hansen is the President of Netmining