From Freeform to Hallmark; the Journey of Peter Porte 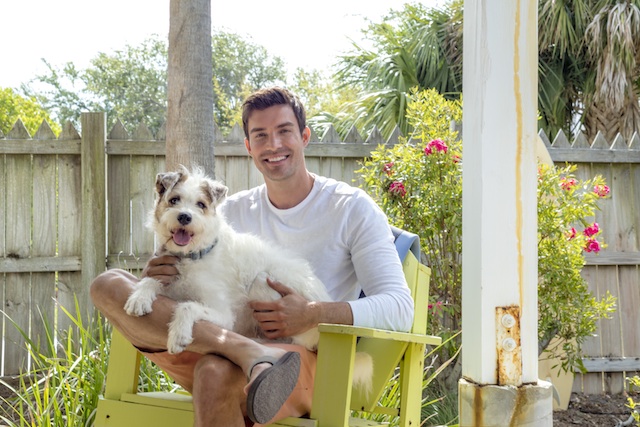 After three years playing Melissa Peterman’s love interest Brad on the Freeform series Baby Daddy, Peter Porte learned a thing or two about having a TV family.  The notoriously close-knit cast would end every episode taping with a dressing room party.  So when the network decided not to renew the series earlier this year, Porte found himself "network homeless," and he didn't like it one bit.  Fortunately that predicament was short lived as he was swiftly "adopted" by Hallmark Channel.  “I'm glad to be here,” he told me recently while discussing his debut project for the network, the upcoming movie Love at the Shore.  “I'm gathering it is a family here, too, and it's a really wonderful feeling.  “I've done a few TV movies over the years and really wanted to work with Hallmark,” he continued.  "I've heard so many great things about them, especially how they really take care of their cast and crews.  So when this offer came in I jumped at it.”

In the film, premiering Sunday August 5, Porte portrays Lucas McKinnon, a free-spirited soul whose life is rocked by the arrival of Jenna Thompson (Amanda Righetti), an uptight novelist who, with her two kids, rents half of his duplex for the summer.   (Porte and Righetti are pictured below.)  After a rocky start (she wants peace and quiet to write, he likes to entertain) it becomes apparent amidst all their animosity lays a level of mutual curiosity. 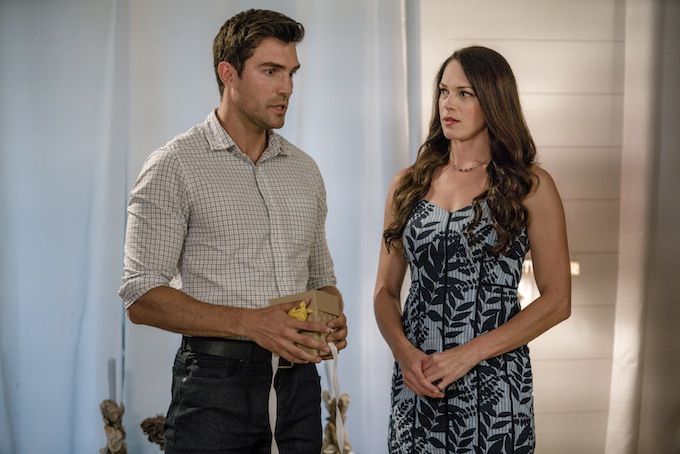 “Animosity and curiosity is an age-old archetype,” Porte said.  “It definitely worked in our favor, that story of unlikely lovers.  It’s a very classic tale set in modern times about misguided first impressions.  It's really The Taming of the Shrew, so it's Shakespearean.

“The hardest line to walk was not leaning too deep into the animosity,” he continued.  “At the end of the day we want to remember our audience and what we love most about Hallmark Channel -- that it feels good.  We were careful about that.  And, Amanda is very easy to fall in love with and amazing to work with.”

Porte thinks Love at the Shore marks a shift for the network -- one he sees as a brave move.  “One of the things about the script, especially for a Hallmark project, was that it goes against the obvious trajectory of falling in love,” he noted.  "We are not terribly likable characters right off the bat. She's kind of uptight, very demanding and quite aggressive.  And with my character he’s clear he doesn't like kids or even want kids.

“I thought it was very brave that they created these characters,” he continued.  “It’s not based on an immediate intimacy or affection.  It stirs up emotions and becomes more about relaxing and letting go.  That was one of the factors that made me really want to do this -- and the fact that Lucas wasn't an obvious archetypical Hallmark leading man.  He doesn't dote on every word Jenna says and more often than not finds her annoying, because she is.” 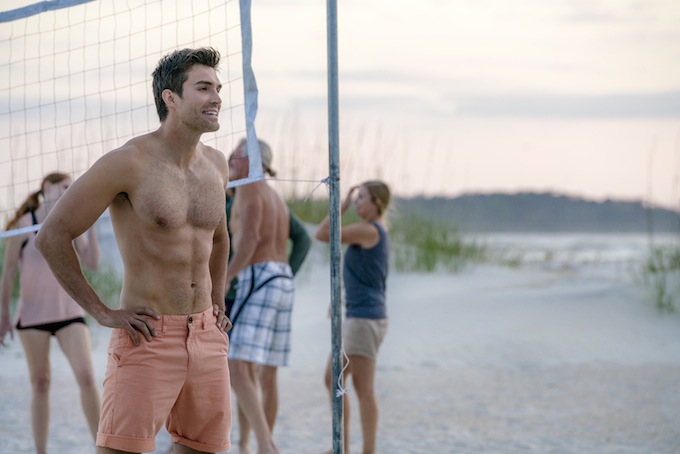 As Hallmark’s newest leading man, Porte told me he was thrown into the deep end of the pool.  “You arrive, have a fitting and have 15 days to make a feature length film,” he laughed.  “It's pretty intense.  This project was super-ambitious in that we were shooting on the beach; we were surfing, fishing and swimming.  There was so much outdoor activity all I could wonder was, 'How can we possibly finish this?'  But these people run a well-oiled machine.”

Porte told me that in addition to his castmates, he was delighted to have had the opportunity of working with Happy, his canine co-star who has a remarkable story.  (That's Happy with Porte in the picture at top.)

“Happy is the Hallmark mascot,” he revealed.  “He was rescued by [Crown Media Family Networks President and CEO] Bill Abbott after being found wandering the streets of L.A.  Now he's set to star in five upcoming movies, so he probably has more job security than I do!  He's incredibly well-trained to the point that this dog gives facial emotions,” he added.  “When he was supposed to look sad, he looked sad.  That dog is like Meryl Streep!  It's pretty inspiring to work with him.”

With regard to his character, Porte said, “I can think of a lot of reasons why he's not like me.  But I did find it easy to tap into Lucas’ fun side."  The actor doesn’t surf, play the guitar or volleyball ... and, in a true testament to his acting ability, he is actually allergic to dogs!

He’s looking forward to the legions of loyal Hallmark fans getting to know him better.  “I know the network has incredibly loyal fans called Hallmarkies,” he noted.  While there is no news yet of a sequel to Love at the Shore, he said he is up for the challenge.  “That's a great idea," he said.  "I'm not sure whom we have to write or talk to to make that happen, but I'd love to tell the fans to stay tuned.  Maybe something might happen next year?”

Love at the Shore will be telecast Saturday August 5 at 9 p.m. on Hallmark Channel.

The opinions and points of view expressed in this content are exclusively the views of the author and/or subject(s) and do not necessariloy represent the views of MediaVillage.com/MyersBizNet, Inc. management or associated writers.