From "The Bachelor" to the Oscars: Billboards Deserve All the Awards 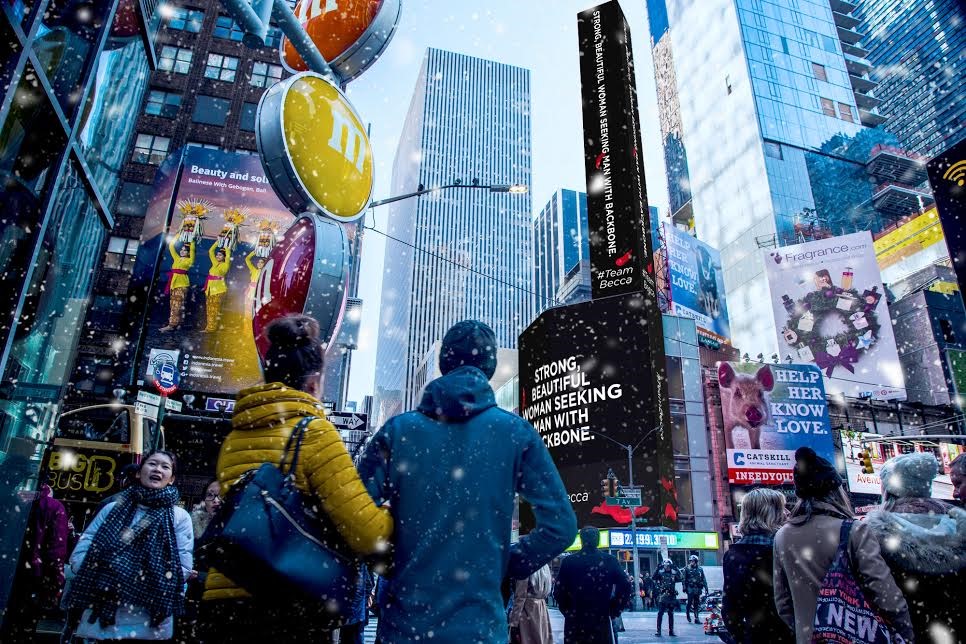 If you cringe-watched the Bachelor finale like millions of Americans, you were probably rage-tweeting like the rest of us: "Why Arie, Why?"  The New York Times said it was "painful."  New York Magazine's The Cut published a guide to the finale drama.  Across social media, fans shared their grievances and solidarity after Arie claimed a "change of heart" and dumped his fiancé and Minnesota native Becca on national television. Brutal!  #TeamBecca all the way! The cultural moment culminated in frustrated fans banding together and declaring their feelings across 16 billboards in L.A. and Minnesota: "Arie...not okay, just leave."

The billboards delivered over 175 million media impressions[1] in 24 hours, with social media going wild.  Jill Biden even tweeted about it!  Within hours the messages became so viral that a senior executive at ABC requested they be included in the second part of the season finale.

Then, the following day, 17 new billboards -- including a prominent one in Times Square -- displayed a new message: "Strong, Beautiful Woman Seeks Man with Backbone."  The fans' messaging changed from anger to support -- and they were able to do that within hours and lead the conversation.  The billboards became a trending topic across the country, covered abundantly by press outlets and discussed on celebrity television ad nauseum.  Whether or not you're a reality TV fan (we won't judge), the results were clear: you could not escape the billboards, and out-of-home owned the conversation.  Talk about the lasting impression of out-of-home: the tongue-and-cheek campaign has garnered over 320 million media impressions[2] to date.

But it's not just Bachelor fans that are recognizing how powerful the medium of OOH can be.  Sports teams and fans have seen the value of location, location, location and personalization.  After the Giants' star quarterback Eli Manning was benched for the first time ever, ending his streak of playing 210 consecutive games, livid fans purchased three digital billboards which displayed "Big Blue Shame on You" near the Giants' MetLife Stadium the following morning.  Within a couple hours the billboards ignited a viral conversation across social media and national press, reaching an audience of over 2.8 million. 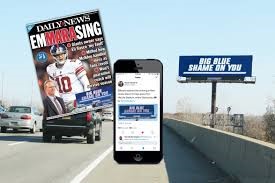 Similarly, when Phillys' 76ers were looking to poach the Cleveland Cavaliers' all-star player, LeBron James, a billboard in Cleveland delivered the message that Lebron was there to stay.  As Cleveland.com reported, "While the crown is an obvious reference to Cavs superstar's King James nickname, it also not so subtlety resembles a giant middle finger ... Well played, folks. Well played."

When it comes to naming the GOAT, Reddit CEO and Serena Williams' husband Alexis Ohanian recently showed that it's OOH for the win.  After all, what better way to cheer on Serena's return to tennis than with his series of "Greatest Momma of All Time" billboards?  OOH has a way of targeting its fans and audience like no other medium.

If the Academy Awards and the Golden Globes are any indication, the impact of OOH has also taken over the big (and small) screen.  Three Billboards Outside Ebbing, Missouri was nominated for 43 awards and took home 20 this awards season, showing how relevant OOH is to mainstream discourse. When Sam Rockwell accepted the Oscar for Best Supporting Actor, he thanked anyone who watched the movie or simply "ever looked at a billboard."  Billboards recent integration into mainstream media and pop culture prove that more than a few people are looking. 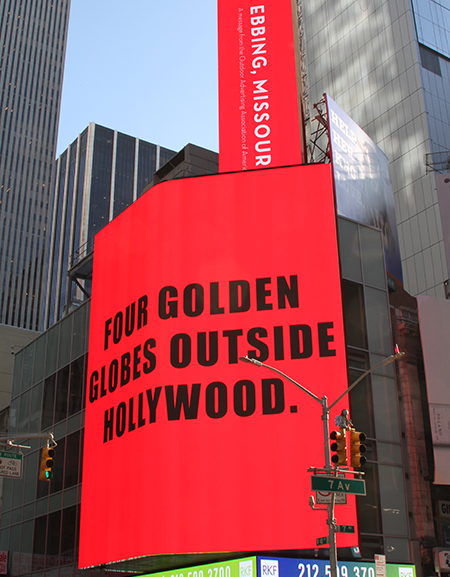 In fact, the importance of Three Billboardshas been so significant, as AdWeek recently mentioned, real life is mirroring art.  "The film's use of billboards -- Frances McDormand's character uses three of them to question the police department's handling of her daughter's murder -- has inspired a number of copycats."  And, to cheer on Three Billboards at the Academy Awards, billboards appeared in Times Square, proclaiming: "This Billboard Deserves an Oscar" and "Four Golden Globes Outside Hollywood."

In the end, OOH will always have the power to proudly display: I've made it!  OOH has shown that it has the power to break through the noise, add to social media virality and make a major impact on pop culture.  After he saw his face on a billboard in Los Angeles, Diddy summed up our feelings perfectly, "Momma we (billboards) have made it."

With over a decade of professional marketing, sales, and business development experience, Liz Rave serves as Vice President of Marketing at OUTFRONT. As VP, Rave oversees the OUTFRONT brand narrative and evolution, including all sub-brands. She oversees OUTF…