By Steve Gidlow April 29, 2021 Behind the Scenes in Hollywood Archives 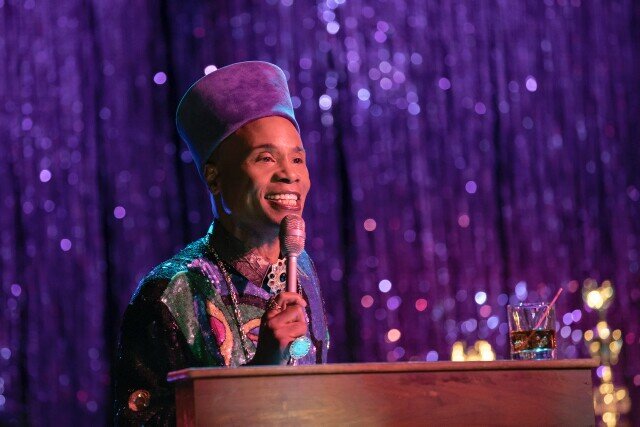 FX’s award-winning series Pose begins its third and final season on May 2, with a seven-episode send-off. Over its run, Pose has brilliantly shone a light on the plight of much of the LGBTQ+ community in the late '80s/early '90s and stands as a testament to diversity in television, having showcased the greatest number of transgender performers in the history of the medium. So beloved is this series, and so passionate its following, that on May 2 prior to its season premiere, FX will present a virtual event titled The Final Pose -- An Exhibition Ball. It will run for 90 minutes and feature exclusive messages from show talent, ball performances and more. Fans can view this unprecedented experience live on various Pose social platforms.

The final season finds the characters living amid the turbulence of New York City, circa 1994, when AIDS has become the leading cause of death for Americans ages 25 to 44. For many, life has moved to the point that the ballroom culture that has powered their community is now secondary, and while the Houses they have so fiercely represented still stand, many of the families they made are now splintered.

For Billy Porter (pictured at top), who plays ballroom emcee Pray Tell, saying goodbye to his character (and the series that finally put him on the map) is hard, especially during the COVID pandemic, which has brought forth painful memories of the AIDS plague. “The parallels are quite profound,” he said during a sometimes-emotional Zoom panel to promote the last season.

“I know that as a Black gay man who lived through the AIDS crisis, I have been dealing with a lot of PTSD during this [COVID] time," Porter explained. "It's very reminiscent of what it was like then. But the best news about that is -- I survived! We got through it and there is another side that we can get to. I feel what Pose really accomplishes this season is reminding the public that when we come together, and when we lead with love, that’s how we get to the other side.”

A take-away for viewers of the final season of Pose is closure to the story. “From the very beginning, from the moment that Ryan Murphy and I first met to talk about what Pose could be, we had a very specific ending in mind,” said series co-creator and executive producer Steven Canals. "There were a lot of conversations in our writers' room between Janet Mock, Brad Falchuk, Our Lady J and me about what we wanted to accomplish this season. All these incredible experiences that we knew that we wanted all our characters to have, going back to the first season, were a setup for this final chapter.

“Stories have a beginning, a middle and an end,” he added. “This final season was the end of this three-act narrative that we've been telling. Every choice was intentional. To synthesize [this season] very simply, I was finally allowing our characters to explore what it means to have all the things that they very clearly stated in the first season they wanted. This final season is an exploration into the idea of, once you've accomplished the dream, is it everything that you wanted? Is it everything that you wished it would be? Is it quite as shiny as you imagined it to be?” 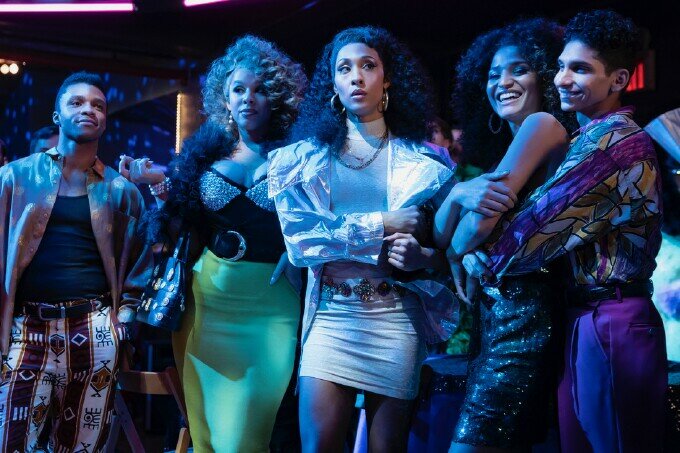 Everyone in the show's stellar cast is clearly grateful to have had the opportunity that Pose posed, and for the voice it provided them. “I'm an immigrant, Black, trans woman who’d been on sets [before], but not sets that celebrated, validated or acknowledged me,” reflected Mj Rodriguez (pictured above, center). “To walk on to that set and hear Mr. Murphy say, 'Is that how it's done?' was validation in and of itself. I am ballroom, so watching everything happening around me, I saw the passion, the compassion, the care, the want to know that it was being done right. Only on one of our last scenes did I have to say ‘no.’ We were loved and brought the best even in the worst of times.”

“Having Steven and Janet, particularly as a Black trans woman in the writers' room, was perfect,” added Indya Moore (above, second from right). “There were so many different parts of this story we're all telling, and [we're] using details from our own experiences and lives. Janet and Steven did that brilliantly and beautifully. We were all able to relate and see ourselves in the lives of these characters so fully because of the way the writers' room was organized. I can't remember a time I ever felt like I needed to say, 'This doesn't feel right.' They frequently came to us about the content and made sure that things felt right and felt natural.”

Pose will be remembered as an important piece of television, and for Canals, saying farewell to his baby left him emotional. “Pose was created out of a selfish act,” he said through tears. “It came from a place of my wanting not only to be seen, heard and affirmed but also to center and honor Black people, Latinx, Afro Latinx, queer and trans people because those are my family and my friends. To be a part of the storytelling has been incredible.”

“I know that Pose has been both entertaining and educational,” he added in closing. “It has moved so many folks who don't happen to hold those identities and it will never be lost on me that this show was created by and for our community. I hope, if nothing else, that all the folks out there [in the] LGBTQ+ community, and all those folks who happen be Black and brown, know that we will always have your back. We will always see you. We will always affirm you. The work will always be to honor you.”

Ed Martin contributed to this story.

New episodes of Pose will be telecast Sundays at 10 p.m. on FX. They will debut the following day on FXonHulu.