Gannett’s Joanne Lipman on the Power of USA TODAY NETWORK 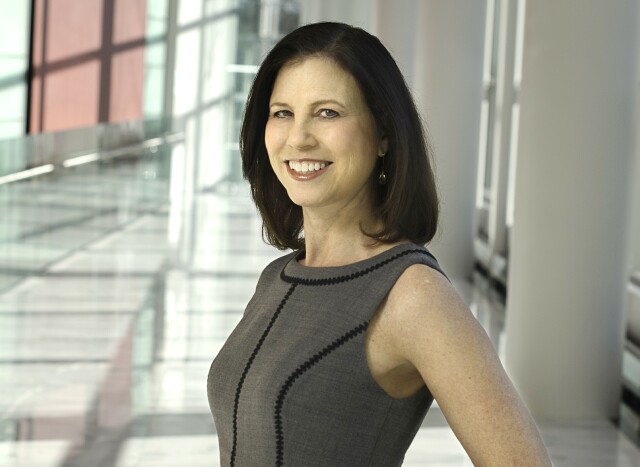 Joanne Lipman, Senior Vice President and Chief Content Officer for Gannett, always wanted to be a journalist. Inspired by the book Harriett the Spy when she was seven years old, Joanne would carry her notebook everywhere, determined to launch a career in media. “I first thought about TV or radio but I loved the immediacy of news, reporting and writing,” she says. In college, she interned with the Saturday Review magazine, the Home News Tribune (now a Gannett property) in New Jersey and The Wall Street Journal.  Her wide-ranging career as journalist, editor-in-chief and author places her in a unique position to see print media and all of its possibilities.

Charlene Weisler: What formed your early professional years? Why go into print media?

Joanne Lipman: When I interned at the Saturday Review I would commute into Manhattan with my father and would read his newspaper on the bus ride. He was a lifelong reader of The Wall Street Journal and I fell in love with the paper, too. Working for The Wall Street Journal became a goal for me. When I graduated from college I joined the Journal as a reporter.

Charlene: Tell me about your time at The Wall Street Journal and Conde Nast.

Joanne: I worked at The Wall Street Journal for 22 years, originally as a reporter, then as advertising columnist, then as an editor for page one. I was then asked to create a new section, The Weekend Journal, which led to the opportunity to create Personal Journal, and then to oversee creation of the Saturday paper in 2005 as a WSJ Deputy Managing Editor.  I was recruited by Si Newhouse to join Conde Nast and create a new business magazine. It was a tough but enticing choice since I am a business junkie. I loved the idea of combining the Conde Nast sensibility of writing and design to report on the bigger picture, connecting the dots between business and culture. This was something that hadn’t been done before. Previously you might see an article in the arts section about a man running Lincoln Center and a separate article in the business section about a man running a hedge fund. But it was the same guy. So in 2007 we launched Portfolio, which was both good and bad timing -- from the financial excesses to the financial crisis.

Charlene: There was an interesting side story to this.

Joanne: Yes. In mid-2008, we asked Michael Lewis to write a cover story that we planned to run at the end of the year about Wall Street’s annus horribulus. When the crash happened that fall, we rushed out his piece as the cover story about the financial crisis.  It became the germ of an idea for a book and film called The Big Short.

Charlene: Portfolio closed in 2009 amid many other magazine closings. What came next?

Joanne: I wrote a book and kept my foot in the newsroom, advising media companies including CNN and Yahoo, looking at strategic issues while reinventing or creating new areas of coverage. I worked on several television production projects as well. I was then approached by Gannett which led to an exciting opportunity. A year ago Gannett was a holding company that owned USA TODAY and 92 separate news organizations (which we used to call newspapers). We were essentially siloed. This past summer we split into two companies -- the television properties moved into a company called Tegna and the 93 news organizations (92 local, plus USA TODAY) became the new Gannett.  In December, Gannett announced the creation of the USA TODAY NETWORK, which brings together all of those 93 titles into a single nationwide news network. United, we are now the largest news organization in the country with more than 3100 journalists and more than 100 million unique visitors to our sites every month. We also just acquired the Journal Media Group which will add an additional 14 markets. We are truly distinctive in that we have properties throughout the country, feet on the ground in red and blue states, in cities and rural areas, and not just on the coasts. I joined in January as Chief Content Officer and Editor-in-Chief of USA TODAY NETWORK.

Charlene: What do you see as the future for print?

Joanne: Our newspapers actually publish a fraction of what a reader gets to read online, so the future of news is really digital, and we have turned our business into a digital-first operation. The audience is going more digital and increasingly mobile. At the same time I have been hearing for the past 20 years that print is dead. We still see a place for print because of the amazing loyalty of many readers. And with our access to high profile people -- politicians, leaders and celebrities -- they ask “Will this appear in print, too?” There is the power of print as an imprimatur; it is clear that print still has relevance for many people.

Charlene: Tell me about your newest book.

Joanne: Over the years I attended many Women’s Leadership conferences, but it was like preaching to the converted. I grew up in a heavily male environment at work, writing about a predominately male area of the industry -- business -- so I am comfortable in that environment. But I found that conferences were missing a piece, unintentionally demonizing and not sharing issues with men.  So I wrote an article titled “Women at Work: A Guide for Men.” It went viral, and l ended up spending a year researching a book on the topic, which I currently am writing.  I found interesting elements that turned conventional wisdom on its head. For example, there is a lot of discussion about a wage gap between men and women. The common Census figure of 79 cents to the dollar is not apples to apples. When we looked at the wage data apples to apples, for women and men in the same job we found that there really is a wage gap! Unconscious bias is a major issue as well. Men are four times more likely to interrupt a woman in a meeting than a man. Men starting their first jobs out of college are eight times more likely to negotiate their starting salary than women. There are many subtle things at play and there is increasing research on how to bridge the gap. Everyone has implicit biases. You can measure your own bias at https://implicit.harvard.edu/implicit/.

Charlene: How can we overcome gender bias?

Joanne: Awareness may be one way to overcome it, as well as wage gap audits. But at the end of the day, the best way to correct it is with financial incentives and making diversity a priority in hiring, training, retaining and promoting talent. The successful male executives I interviewed say that this is a business imperative, not because it is a socially acceptable thing to do but because it is good for business.

Charlene: What is your view on mentorship?

Joanne: It is incredibly important, but there is a difference between a mentor and a sponsor. A mentor helps and advises, while a sponsor is in a position to do something about it. Men are sponsored more than women because in a male dominated company it is easy to sponsor someone who reminds us of ourselves when we were younger. Many companies are creating formal programs to address this.

Charlene: What advice would you give a college student today seeking a career in print or journalism?

Joanne: It has always been tough to make a living as a writer. Being a journalist is like being a musician or an actor -- it is a calling. But there are still opportunities. My advice is that you may think that you need to go to New York or Washington to get a writing job, but at Gannett we are spread across the entire country. Most of our 3,100 journalists are not on either coast. Have an open mind where you decide to start.

I am very proud of the power of our nationwide news network, which continues to do award-winning investigative news coverage. Consider two of our recent stories: The lack of proper tracking of sexual predator teachers across state lines, which led to changes in the system, and the investigation into lead in drinking water in hundreds of schools. We were able to localize each story showing the power of a nationwide network of journalists.